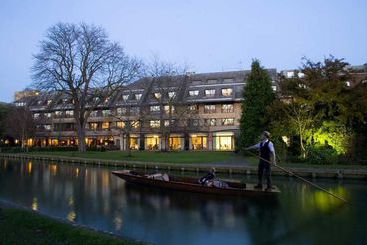 Location: next to Cambridge city centre, on the banks of the River Cam, close to the historic and commercial areas of the... 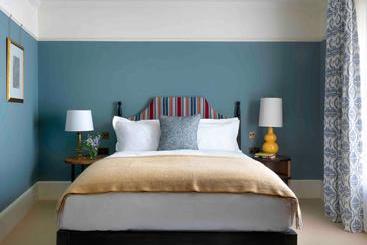 This hotel is situated on the fringe of the city centre and is a short walk from Cambridge Railway Station. 30 kms to the... 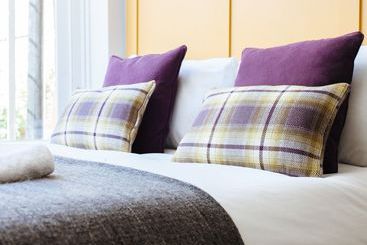 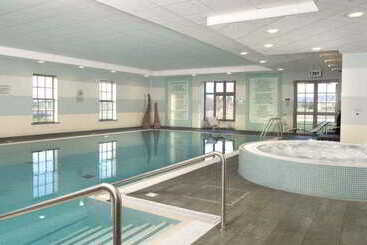 The Cambridge Belfry has a peaceful setting in Cambourne, 8 miles west of Cambridge. It has a swimming pool, gym, tennis... 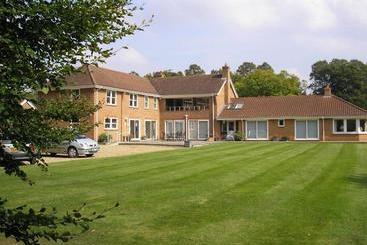 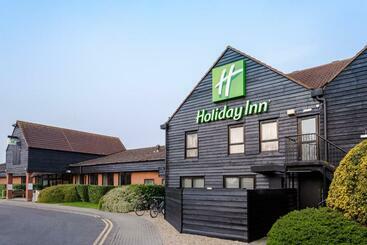 Book your cheap hotel in Cambridge

This historical city in the Fenlands of East England is a prestigious university town. Cambridge has many famous colleges, such as Corpus Christi, Trinity and St. John's. All are known for having magnificent architecture, with some dating back to 1209. Founded by Henry VI in 1445, King's College Chapel in Cambridge is home to one of the world's most famous choirs. Sidney Sussex College, established in 1596, boasts several famous alumnae, including Oliver Cromwell (1599-1658) of the Cambridgeshire Parliament of England. His remains are buried beneath the floor of the college's chapel. Still, the city isn't all about intellectual pursuits. It also has many fun festivals, entertaining sports, fashionable shopping centres and tasty restaurants serving international cuisines.

Accommodation in this lively town is varied and plentiful. You can find many exclusive hotels right in the heart of the city's centre. There are also several family-friendly and pet-friendly establishments, including boutique hotels, guesthouses, and bed-and-breakfast rentals. You can even opt for comfy accommodation along the city outskirts if you prefer a quieter getaway.

What to see and do in Cambridge

What to eat in Cambridge

You'll find a great selection of takeaways in Cambridge, serving everything from local meals to international cuisine. The local lent pies are a popular delicacy. It's a pastry tartlet similar to mince pie that dates back centuries and filled with boiled eggs, apples and raisins. As rich agricultural land surrounds the city, you can enjoy various dishes in the many local restaurants, often prepared with locally grown produce, such as cauliflower and cabbage.

Typical events and festivals in Cambridge

How to move around in Cambridge

Over 25 per cent of the city's residents travel by bicycle, making this the ideal way to move around in Cambridge and explore its many attractions. There are many bicycle hire shops around the city. Alternatively, you can get around using the local buses, taxis and car hire.

The climate in Cambridge

This holiday destination is reputedly known as the United Kingdom's driest area, making it the most suitable place for hosting outdoor events. The average temperature during the summer is usually around 23º C (74º F). It gets relatively chilly in the winter, dropping to average lows around 7° C (45º F).

The most centrally located hotels in Cambridge with the best ratings are: Hotel Gonville, Hostel Yha Cambridge and Hotel University Arms, Autograph Collection.

It depends on the category of the hotel. If you want to stay at a 4-star hotel in Cambridge, the average price per night is 99 €, while you will pay an average of 68 € for a 3-star hotel, and in a more luxurious 5-star hotel, you"ll pay around 58 €.

You can make reservations at Hotel Hilton Cambridge City Centre and Hotel Graduate Cambridge if you´re looking for a hotel with valet service for your visit to Cambridge.

If you need a hotel with disabled access in Cambridge, we recommend Hotel Gonville, Hostel Yha Cambridge and Hotel University Arms, Autograph Collection.

According to our clients, if you´re travelling with children, the best hotels in Cambridge are Hotel University Arms, Autograph Collection, Hostel Yha Cambridge and Hotel Gonville.

If you want to save time, the hotels in Cambridge with express check-in and check-out are Hotel Gonville, Hotel Hilton Cambridge City Centre and Hotel Holiday Inn Express Cambridge.

Some of the options for hotels with non-smoking rooms in Cambridge are Hotel Gonville, Hostel Yha Cambridge and Hotel University Arms, Autograph Collection.

The best hotels with a pool in Cambridge are Hotel Holiday Inn Cambridge, An Ihg and Hotel Cambridge Belfry & Spa.