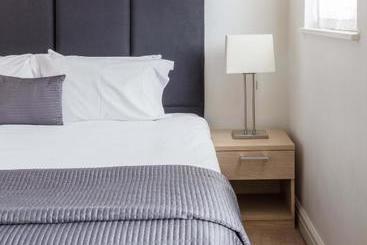 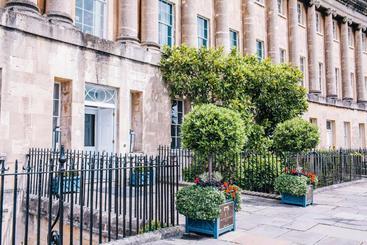 The preferred airport for Royal Crescent Hotel is London (LHR-Heathrow) - 133.3 km / 82.9 mi. Distances are calculated in... 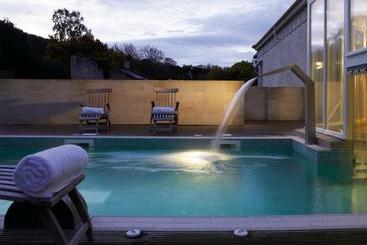 This attractive city hotel lies on a hillside, around 200 m from the city centre. The approach road to the hotel is particularly... 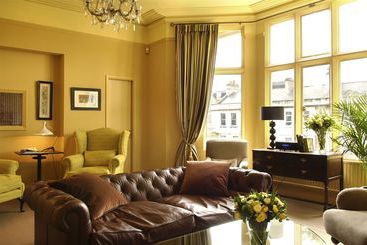 In the centre of Bath, this boutique-style guest house has stylish bedrooms with pocket-sprung mattresses, flat-screen TV,... 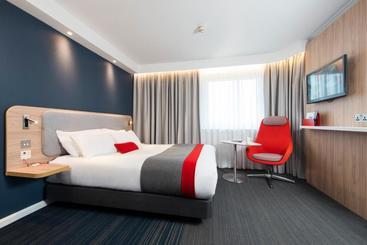 Loc ated in the centre of Bath, the hotel is within walking distance to the Spa and Abbey. Known as a world heritage site,... 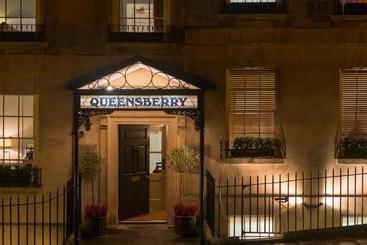 A boutique townhouse hotel in the centre of Georgian Bath, The Queensberry mixes modern style with historic architecture,... 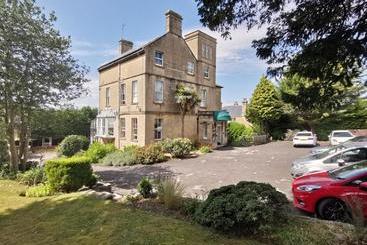 Set in almost an acre of grounds, Wentworth House is just a 15-minute walk from Bath city centre. It offers free parking....

Book your cheap hotel in Bath

A city with grand Georgian architecture and known for its Roman spa, Bath is located in Somerset and nestles in the West Country of England. Developed by the Romans because of its natural hot springs, the city experienced tremendous growth during the 18th century. This period is when it became the most fashionable destination for Georgian society. Despite its antiquity and status as a UNESCO World Heritage Site, Bath is a very modern city with a renowned university and a strong cultural arts scene. If you choose to be among the 1.3 million visitors to the city every year, you won't be stuck when it comes to things to see and do.

There's a wide choice of places to stay and neighbourhoods worth visiting in this beautiful city. Areas worth considering are:

What to see and do in Bath

Whether you love history, architecture, literature or more urbane entertainments, you should probably make an itinerary to make the most of your visit. Just some highlights are:

What to eat in Bath

The food scene is very much international here, with eateries representing many global cuisines. Still, there are many local and regional foods that you should seek out, including the following:

How to move around in Bath

The city's compact centre is best navigated on foot when exploring the main tourist sights and attractions. There are also pedestrian-only areas, mainly in the main shopping streets. The town is focussing is on reducing congestion, particularly in the bustling centre. There are many narrow streets, but you'll find plenty of convenient park-and-ride schemes. Open-top bus tours are also available, as well as public bus routes that connect most city areas. Bristol is just a few kilometres away from the M4 motorway, and there is also a mainline railway line offering direct trips to London.

The climate in Bath

The West Country has a temperate climate, which is milder and slightly wetter than the rest of England. In the height of summer (July and August), average daily temperatures peak as high as around 21° C. January and February are the coldest months, with October and December being the wettest months. Late spring and early summer are the most pleasant times to visit Bath.

The most centrally located hotels in Bath with the best ratings are: Hotel The Kennard, Bed and Breakfast Leighton House and Francis Hotel Bath - Mgallery.

You can make reservations at Francis Hotel Bath - Mgallery, Hotel The Bath Priory - A Relais & Chateaux and Hotel The Queensberry if you"re looking for a hotel with valet service for your visit to Bath.

If you need a hotel with disabled access in Bath, we recommend Hotel Dukes Bath, Francis Hotel Bath - Mgallery and Hotel The Bath Priory - A Relais & Chateaux.

If you´re looking for peace and quiet and want to stay at an adult-only hotel in Bath, we recommend Hotel St Christopher's Inn Bath.

According to our clients, if you´re travelling with children, the best hotels in Bath are Francis Hotel Bath - Mgallery, Hotel The Kennard and Hotel Dukes Bath.

If you want to save time, the hotels in Bath with express check-in and check-out are Hotel The Kennard, Francis Hotel Bath - Mgallery and Bailbrook House Hotel, Bath.

Some of the options for hotels with non-smoking rooms in Bath are Hotel Dukes Bath, Hotel The Kennard and Bed and Breakfast Leighton House.

If you're bringing a vehicle, we recommend that you book a hotel with parking in Bath, like Hotel Dukes Bath, Hotel The Kennard or Hotel The Bath Priory - A Relais & Chateaux.