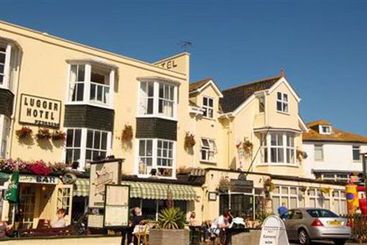 Set in a Georgian mansion, YHA Penzance features a traditional restaurant and leafy gardens. Penzance Seafront is a 15-minute... 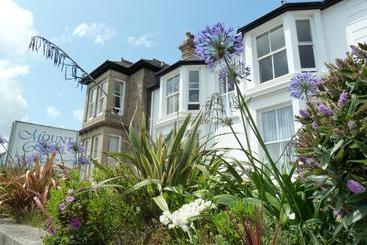 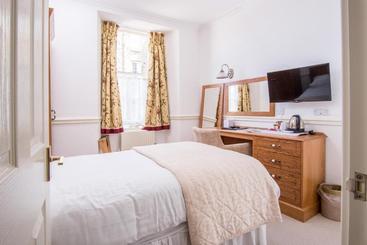 This historical family run hotel is situated on Penzance's promenade with spectacular views of Mount's Bay and Newlyn Harbour.... 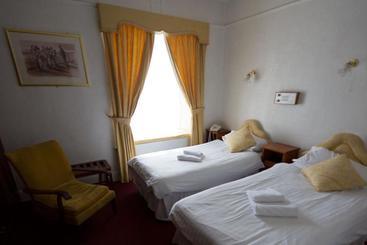 The Union Hotel is in the centre of Penzance. A 5-minute walk from the sea, the 17th-century building houses Hamilton’s... This modernised Victorian home is now a 4-star guest house a 5-minute stroll from the beach at Penzance and 3 miles from... 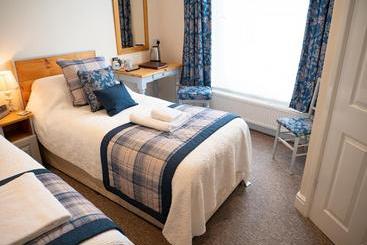 St Just is very easy to get to. Firstly head for Penzance and the take the A3071 road to St. Just. The Commercial is to be...

Book your cheap hotel in Penzance

If you want to discover Cornish traditions and picturesque fishing villages, enjoy a holiday in this historic market town is an ideal option. The destination is located on the southern coast of Cornwall and faces the English Channel. The town has a picturesque harbour and beautiful architecture from the Georgian and Regency eras. Look out for the Branwell House, number 25 on Market Street. It was once the home of two sisters who later became the mother and aunt of Charlotte Bronte and her siblings. You can also admire sweeping panoramic views of Mount's Bay and its rugged hills that shelter the town from westerly winds. The hills and bay provide the village with a specialised micro-climate that is exceptionally mild, allowing sub-tropical plants to grow outdoors all year round. As you discover more about this fascinating coastal town, you're sure to fall for its charm, just like so many visitors before.

There is an assortment of large, luxury hotels along the promenade, all offering fine views of sea views. Many small boutiques and friendly guesthouses sit within the centre of town, too. You could even stay in a quaint, nineteenth-century cottage along the outskirts of town during your holiday.


What to see and do in Penzance

You'll be amazed by how much this lovely old town has to offer when it comes to things to see and do. Sailing is one of the favourite pastimes for residents and tourists alike. You can book pleasurable family trips and sail around the bay. At the end of the pier, you'll find a nineteenth-century lighthouse, where you can enjoy an incredible view of the coast from a unique perspective. When you're back on dry land, why not take a lovely coastal walk between the city's picturesque harbours? Along the way, stop and relax at the Morrab Gardens, where you'll find plenty of lush, tropical plants, including a banana tree. The stately homes of Trereife and Trengwainton have stunningly well-maintained gardens and fascinating indoor exhibitions. At low tide, don't forget to walk along the causeway to visit the castle on St. Michael's Mount.


What to eat in Penzance


Typical events and festivals in Penzance


How to move around in Penzance

Moving around in Penzance is relatively in this small town. Most people walk on foot between the many different restaurants and attractions. Still, there is a local bus service that operates throughout the city. Alternatively, you can hire a car for extra convenience.


The climate in Penzance

The climate is relatively average in Penzance for this part of the region. The town rarely experiences extreme temperatures between the different seasons. The average temp during the summer is around 18° C (64.4° F). Most visitors stay between May and September. July is usually the driest month of the year. Winters are generally void of frost, with average temperatures hovering around 10° C (50° F).

The most centrally located hotels in Penzance with the best ratings are: Bed and Breakfast Mount Royal Penzance, Hotel Penzance and Hotel Torwood House.

If you need a hotel with disabled access in Penzance, we recommend Hotel Penzance, Hostel Yha Penzance and Hotel The Queens.

If you´re looking for peace and quiet and want to stay at an adult-only hotel in Penzance, we recommend Bed and Breakfast Mount Royal Penzance.

According to our clients, if you´re travelling with children, the best hotels in Penzance are Hostel Yha Penzance, Hotel Torwood House and Bed and Breakfast Mount Royal Penzance.

If you want to save time, the hotels in Penzance with express check-in and check-out are Bed and Breakfast Mount Royal Penzance, Hotel Penzance and Hotel The Wellington.

Some of the options for hotels with non-smoking rooms in Penzance are Bed and Breakfast Mount Royal Penzance, Hotel Penzance and Hotel Torwood House.

If you're bringing a vehicle, we recommend that you book a hotel with parking in Penzance, like Bed and Breakfast Mount Royal Penzance, Hotel Penzance or Hotel Torwood House.

The best hotel with a pool in Penzance is Hotel Penzance.