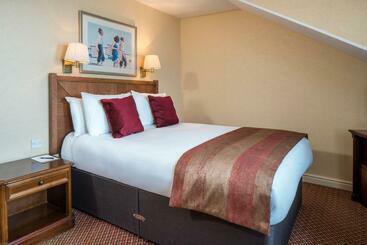 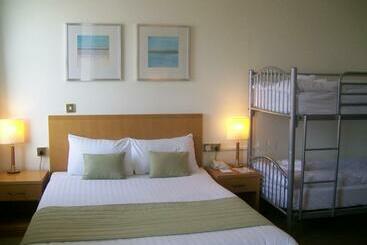 The preferred airport for Carousel Hotel is Blackpool (BLK-Blackpool Intl.) - 1.1 km / 0.7 mi. Distances are calculated in... 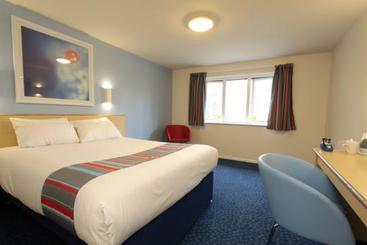 Located 0.9 km from Blackpool city centre and close to many attractions and landmarks such as Bloomfield Road, Abingdon Street... 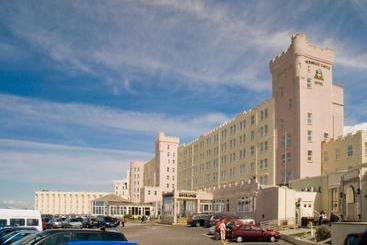 The hotel takes pride of place overlooking the north bay of Blackpool, with impressive views along the vast shoreline of... 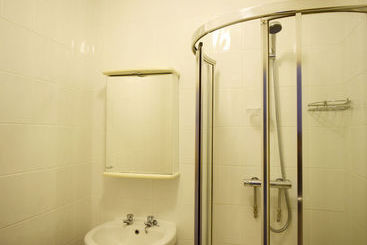 At Comfort Inn Blackpool Gresham, enjoy a satisfying meal at the restaurant. Wrap up your day with a drink at the bar/lounge.... 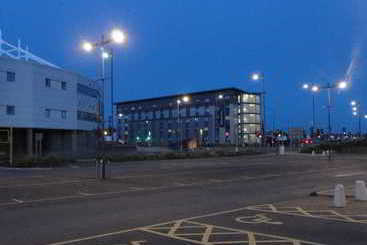 At the end of the M55 follow signs for South Shore/Town Centre. The Travelodge is situated on the right hand side of the... This hotel is only 10 minutes from Junction 4 on the M55 link to the M6, and Blackpool North Station is a short taxi ride...

Book your cheap hotel in Blackpool

Blackpool, the queen of archetypal British seaside holidays, sits in the county of Lancashire along the Fylde Coast, which lies in the north-western part of England on the Irish Sea. Blackpool is a relatively large town that's about 4o kilometres north of Liverpool and roughly 65 kilometres northwest of Manchester. The town has a beautiful long and wide sandy beach with three piers, and the area also is the home to Pleasure Beach and the Golden Mile. It is the place for sun, sea and sand holidays (British weather permitting!), with plenty of seaside and urban entertainment options.

There is no shortage of holiday accommodation types in and around the town. For those looking for budget-friendly holiday cities in England, there's plenty of cheap hotels in Blackpool to satisfy visitors.

Blackpool has three distinct zones that are the most interesting areas for its visitors, which are:

What to see and do in Blackpool

All the elements needed for a great holiday are found in Blackpool. Things to put on your list include:

What to eat in Blackpool

Food in the town represents typical seaside fare. However, it also takes in the food of Lancashire and the rest of the UK. There are eateries of every global cuisine type. You can expect to find hundreds of small takeaways and even some Michelin Guide top-recommended restaurants. Must-have seaside foods include:

Typical events and festivals in Blackpool

As one of the most popular seaside resorts in the UK, this fun city has a busy calendar. Some of the main highlights are:

How to move around in Blackpool

The Promenade is designed for easy walking in Blackpool. The city's public transport network includes iconic double-decker trams. Since 1885, the busses have been running 8-kilometre stretches from Fleetwood along the seafront. The buses connect to the Promenade and other areas in town, and it also has routes to surrounding nearby towns. The National Express network provides services to Liverpool, Manchester, Lancaster and Preston, among others.

The climate in Blackpool

The temperate maritime climate provides cool to warm British summers and mildly cold winters. Rainfall averages 40 per cent throughout the year. The average daily temperature is 13° C annually. In July and August, it rises to around 19.5° C, making these the best months to visit. You have to wrap up and stay warm to enjoy the Blackpool Illuminations!

The most centrally located hotels in Blackpool with the best ratings are: Hotel Sherwood, Hotel The Libra and Hotel The Albany.

It depends on the category of the hotel. If you want to stay at a 4-star hotel in Blackpool, the average price per night is 42 €, while you will pay an average of 35 € for a 3-star hotel, and in a more luxurious 5-star hotel, you"ll pay around 53 €.

Hotel Carousel is the closest one to Blackpool.

If you need a hotel with disabled access in Blackpool, we recommend Hotel Number One South Beach, The Big Blue Hotel Blackpool Pleasure Beach and Hotel Elgin.

If you´re looking for peace and quiet and want to stay at an adult-only hotel in Blackpool, we recommend Hotel The Oxfordshire.

According to our clients, if you´re travelling with children, the best hotels in Blackpool are Pension The Corona, Hotel The Cardoun and Hotel The Wescoe Guesthouse.

If you want to save time, the hotels in Blackpool with express check-in and check-out are Hotel The Croydon, Hotel The Libra and Hotel The Cardoun.

Some of the options for hotels with non-smoking rooms in Blackpool are Hotel The Wescoe Guesthouse, Hotel Sherwood and Hotel The Croydon.

If you're bringing a vehicle, we recommend that you book a hotel with parking in Blackpool, like Hotel Sherwood, Hotel The Croydon or Hotel The Libra.