Situated in the centre of Liverpool, Adagio Liverpool City Centre is nestled between Liverpool Central railway station and... 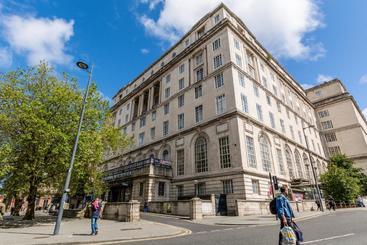 This city hotel is situated close to the city centre and within a few minutes' walk of Liverpool Lime Street train station.From... 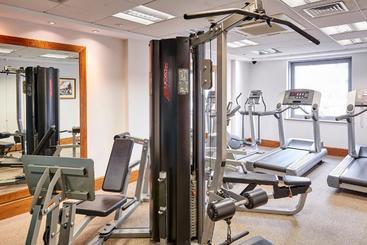 Staybridge Suites Liverpool is located on the famous Kings Waterfront, opposite the ECHO Arena, BT Convention Centre and... 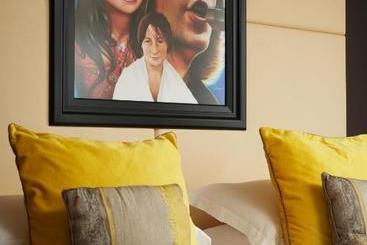 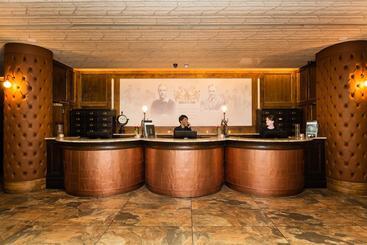 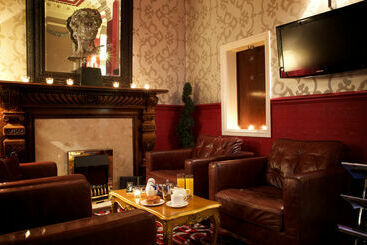 Liverpool Aigburth , Sure Collection By Bw

Book your cheap hotel in Liverpool

Located in northwest England, Liverpool is a city in Merseyside that boasts the fifth largest populated metropolitan area in the United Kingdom. With a rich history in areas from maritime construction including the Titanic to sporting success to the formative years of the Beatles, Liverpool has sparked enough interest in people to consistently be ranked among the most visited cities in the UK. Visitors will find history, culture and heritage and a warm welcome from the Scousers who are renowned for their sense of humour.

To host its large number of annual visitors, Liverpool boasts a wide range of hotel and holiday accommodation that suit the needs and preferences of all kinds of travellers.

Liverpool is divided into a number of different neighbourhoods, all of which have their own characteristics and personalities. Interesting areas for visitors are:

What to see and do in Liverpool

There is so much to see and do when visiting Liverpool that making an itinerary is necessary! Some things to go on your list are:

What to eat in Liverpool

Liverpool has an interesting food culture, one that aligns the cuisine of the wider north of England with some very individual regional traditions at the same time. Some must-try dishes are: Scouse, a hearty meat stew that gives the people of Liverpool their identifying nickname and Bubble and Squeak which is a dish of leftover potatoes and greens fried together and named for the noise it makes when cooking. The availability of seafood off the coast has led to a love of potted shrimp and a favourite dessert is Wet Nelly, a pudding of leftover bread with fruit, spices and custard. For a little sweet treat, pick up some Everton mints, a hard candy humbug that originated in the city.

Typical events and festivals in Liverpool

Liverpool is a vibrant city where there is always something interesting and exciting going on, for example:

How to move around in Liverpool

The city boasts significant road, rail and ferry networks as well as an international airport and a dock system. For the majority of tourism-related activity, buying a travel pass for the local bus or Merseyrail network will take you to all the relevant locations, with multiple lines serving hundreds of stops in and around the city. Taxis are plentiful and it’s easy to find car hire.

The climate in Liverpool

The climate reflects the majority of regions in the north of England which is that it remains relatively mild all year round. Between November and March, it is particularly rainy and particularly cold with average lows hovering around 0 to 3°C, with the summer months of June to September reaching into the mid 20’s°C on occasion. Between March and August is the best time to visit.

The most centrally located hotels in Liverpool with the best ratings are: Hotel The Liner At Liverpool, Premier Suites Liverpool and Hotel Holiday Inn Liverpool City Centre, An Ihg.

It depends on the category of the hotel. If you want to stay at a 4-star hotel in Liverpool, the average price per night is 44 €, while you will pay an average of 37 € for a 3-star hotel, and in a more luxurious 5-star hotel, you"ll pay around 50 €.

You can make reservations at Hotel Hilton Liverpool City Centre and Hotel Liverpool Inn , Sure Collection By Best Western if you´re looking for a hotel with valet service for your visit to Liverpool.

If you need a hotel with disabled access in Liverpool, we recommend Hotel The Liner At Liverpool, Premier Suites Liverpool and Hotel Travelodge Liverpool John Lennon Airport.

According to our clients, if you´re travelling with children, the best hotels in Liverpool are Hope Street Hotel, Hotel Crowne Plaza Liverpool City Centre, An Ihg and Hotel The Liner At Liverpool.

If you want to save time, the hotels in Liverpool with express check-in and check-out are Hotel Travelodge Liverpool John Lennon Airport, Hope Street Hotel and Hotel Staybridge Suites Liverpool, An Ihg.

Some of the options for hotels with non-smoking rooms in Liverpool are Hotel The Liner At Liverpool, Hotel Crowne Plaza Liverpool City Centre, An Ihg and Premier Suites Liverpool.

If you're bringing a vehicle, we recommend that you book a hotel with parking in Liverpool, like Hotel The Liner At Liverpool, Hotel Crowne Plaza Liverpool City Centre, An Ihg or Premier Suites Liverpool.