In the heart of Manchester city centre, 1 minute away from mainline Piccadilly train station, 9 miles from Manchester airport,...

The hotel occupies a landmark site at the gateway to Manchester at the new Piccadilly Place development. Literally a stone's... 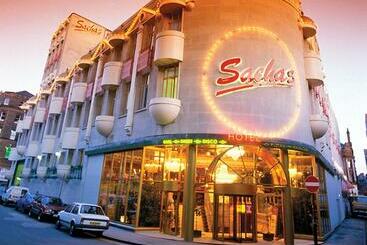 The hotel is situated very centrally within Manchester, on a main road and near Piccadilly Gardens, as well as various shopping... 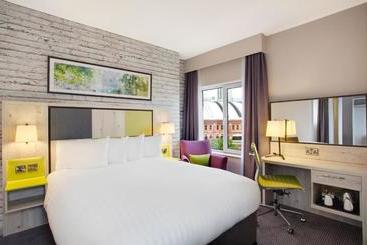 This hotel is located at the heart of the town, surrounded by shopping streets, bars and restaurants. There is a stop for... 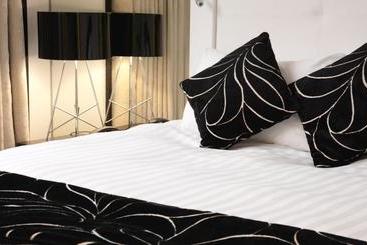 Located at one of the gateways to the city centre with fantastic transport links by train, plane or car. It is situated opposite... 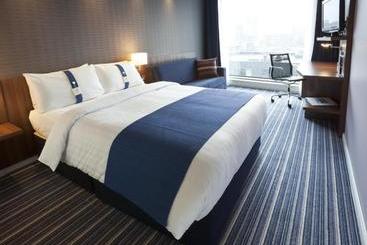 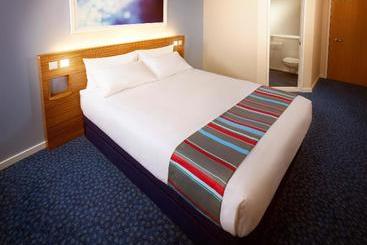 Book your cheap hotel in Manchester

Located in the northwest, Manchester is classed as England’s Second City. It enjoys a running battle with Birmingham for this honour. Birmingham has a larger area, but Manchester has a larger population. Once known as Cottonopolis for its proliferation of textile mills, Manchester presents visitors with vibrant historical, cultural, sports, arts, and social scenes accepting diversity.

As home to a major media centre, the Ship Canal, two major football clubs, and the Commonwealth Games' former host, the city is hugely blessed with accommodation options. You can find everything from humble B&Bs to luxury hotels. Visitors will also have no problem finding cheap hotels in Manchester.

There’s no doubt that this is a cool city with a number of hip, trendy areas. Those of most interest to visitors are:


What to see and do in Manchester

This northern powerhouse has something for everyone. Some highlights are:


What to eat in Manchester

The city’s status as a multi-cultural metropolis reflects in its food scene, which is vibrant and thoroughly modern. There are some traditional local foods to try, including:

Typical events and festivals in Manchester

Celebrations represent the diversity of the city. Some highlights are:


How to move around in Manchester

Visitors can access most of the city via public transport. The light rail tram system (the Metrolink) operates eight lines and serves 99 stops concentrated in the city's centre. The bus network is extensive — second only to London— and covers the whole of Greater Manchester and beyond. There are two mainline train stations and an international airport.


The climate in Manchester

The city’s weather is much like the rest of England's temperate oceanic climate. This destination experiences warm summers and cold winters. The annual average daily temperature is 13.5° C, with July and August reaching the highest temperatures (20.3° to 20.6° C). The coldest month is generally February. You can expect rain at any time of year, and it often snows in the winter.

The most centrally located hotels in Manchester with the best ratings are: Hotel The Edwardian Manchester, A Radisson Collection, Hotel The Alan and Hotel Doubletree By Hilton Manchester Piccadilly.

It depends on the category of the hotel. If you want to stay at a 4-star hotel in Manchester, the average price per night is 56 €, while you will pay an average of 34 € for a 3-star hotel, and in a more luxurious 5-star hotel, you"ll pay around 77 €.

You can make reservations at The Lowry Hotel, Hotel The Edwardian Manchester, A Radisson Collection and Hotel Crowne Plaza Manchester City Centre, An Ihg if you"re looking for a hotel with valet service for your visit to Manchester.

If you need a hotel with disabled access in Manchester, we recommend Stay Deansgate Apartments For 14 Nights Plus, Hotel Jurys Inn Manchester City Centre and The Lowry Hotel.

The best hotels in Manchester for adults only are Hotel Selina Nq1 Manchester and Velvet Hotel.

According to our clients, if you´re travelling with children, the best hotels in Manchester are Hotel The Alan, Hotel The Edwardian Manchester, A Radisson Collection and Hotel Didsbury House.

If you want to save time, the hotels in Manchester with express check-in and check-out are Stay Deansgate Apartments For 14 Nights Plus, Hotel Jurys Inn Manchester City Centre and The Lowry Hotel.

Some of the options for hotels with non-smoking rooms in Manchester are Stay Deansgate Apartments For 14 Nights Plus, Hotel Jurys Inn Manchester City Centre and Hotel The Ascott.