Hotels in the centre of London 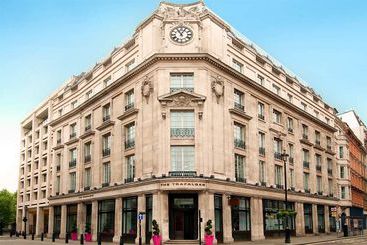 Explore central London from this boutique-style hotel with a prime location on the south side of Trafalgar Square, within... 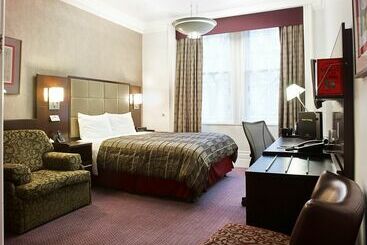 The Grand At Trafalgar Square 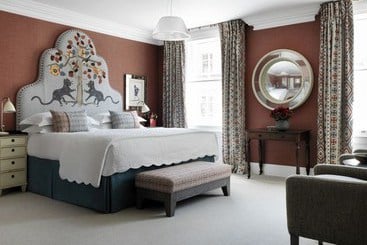 In the heart of London’s theatre district, the elegant Haymarket Hotel is surrounded by restaurants, bars, and is just... 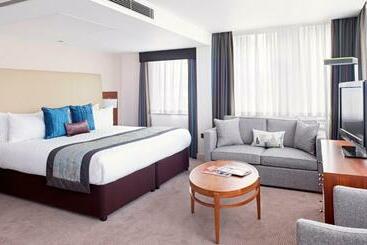 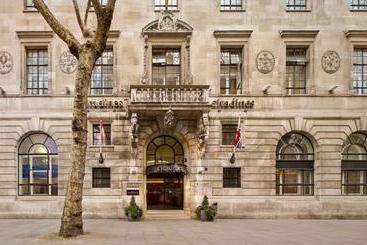 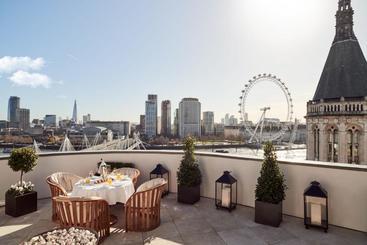 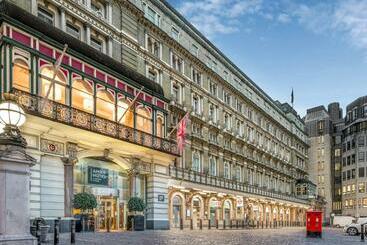 This fashionable, traditional hotel is located at the heart of London and is well served by public transport from Charing... 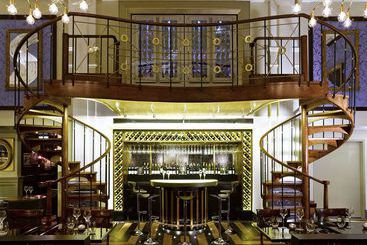 This superb luxury hotel is located between Buckingham Palace and Trafalgar Square and is just two minutes walk from Piccadilly...

Book your cheap hotel in London

London is one of the most famous cities on earth. The historic capital city of England, London is situated in the south-east of the country, with the River Thames flowing through its centre and out into the North Sea.

Home to the monarchs of England for centuries, London has played an integral part in the history of the county, as well as in the wider world. Rich in history and British culture, the capital is one of the most popular holiday destinations for travellers all around the globe.

One of the best aspects of London is that visitors are able to experience everything the city has to offer on a budget if they wish, with a wide array of cheap and budget hotels.

London boasts hundreds of amazing neighbourhood locations, with some of the must-visit destinations including the City of Westminster where you will find landmarks such as Buckingham Palace and the Houses of Parliament, Soho where you will find iconic districts such as Chinatown combined the vibrant hub of London’s nightlife, Kensington home to world-class museums, and Regents Park which is one of the most beautiful royal parks in London that houses the famous London Zoo. Most boroughs have their own points of interest such as Camden’s Lock, a trendy market area around the canals, and Wandsworth, Wimbledon, and Clapham with their “commons”.


What to see and do in London

There is far more to do in London than can ever be covered in a single trip, but first-time visitors should make every effort to visit some of the best and biggest attractions including the famous Madame Tussauds waxwork museum, the striking London Eye which is one of Europe’s largest operating Ferris wheel rides, and don’t forget the iconic intersection of Oxford Street and Regent Street where some of the best shopping in Europe can be had. Tourist shops and designer shops exist in perfect harmony to provide an all-inclusive shopping experience. Theatreland is the best place in the world to catch a show and thousands of musical and arts venues pepper the city.


What to eat in London

London is a wonderfully multicultural city, but if you are visiting the capital to experience some quintessential British culture and cuisine, then some of the classic English dishes that you can expect to sample are a full English breakfast which includes beans, bacon, sausage, toast, tomatoes, fried eggs and black pudding, jellied eels which are a traditional East End delicacy, and fish and chips which always tastes better when eaten in the UK!


Typical events and festivals in London

There is always something to enjoy in London no matter what month you are visiting. Some of the most popular events across the year include Notting Hill Carnival in August, the Chelsea Flower Show in May, the Oxford/Cambridge Boat Race in April and the London Marathon, also in April.


How to move around in London

London is one of the best-interconnected cities in the world, with a wide range of public transport options. The London Underground system boasts dozens of lines serving hundreds of stations, and busses are incredibly cheap for a single journey from one end of the city to the other. Overground trains connect not only various boroughs but also London with the whole of the UK. Taxis are also a popular option and water taxis also operate on the River Thames. If you prefer to get about under your own steam, Transport for London operates a bicycle hire scheme.


The climate in London

London boasts a cold to mild climate for much of the year, with increasing chances of an annual heatwave in the summer months. December to February are traditionally the coldest months, with the period from June to September being warmest. Average temperatures range from 7 degrees in January to 23 degrees in August.

You will want to visit Big Ben whilst you are in London, but did you know that the clock face itself is not actually named as such? Big Ben actually refers to the large bell that is housed inside of the tower, with the structure being dedicated to and named the Queen Elizabeth II Tower!

The most centrally located hotels in London with the best ratings are: Hotel The Piccadilly London West End, Amba Hotel Charing Cross and Hotel The Stafford London.

It depends on the category of the hotel. If you want to stay at a 4-star hotel in London, the average price per night is 57 €, while you will pay an average of 40 € for a 3-star hotel, and in a more luxurious 5-star hotel, you"ll pay around 139 €.

You can make reservations at Hotel Belmond Cadogan, Hotel The Connaught and Hotel The Stafford London if you"re looking for a hotel with valet service for your visit to London.

If you need a hotel with disabled access in London, we recommend Hotel Belmond Cadogan, Hotel The Piccadilly London West End and Amba Hotel Charing Cross.

If you want an adult-only hotel in London, some of the best options for adults only are Hotel Doubletree By Hilton London Ealing, Hotel 54 Queen S Gate and Hotel The Belgrave.

According to our clients, if you´re travelling with children, the best hotels in London are Amba Hotel Charing Cross, Hotel The Piccadilly London West End and Hotel Belmond Cadogan.

If you want to save time, the hotels in London with express check-in and check-out are Hotel The Marble Arch London, Amba Hotel Charing Cross and Hotel The Connaught.

Some of the options for hotels with non-smoking rooms in London are Hotel Belmond Cadogan, Hotel The Piccadilly London West End and Hotel The Marble Arch London.