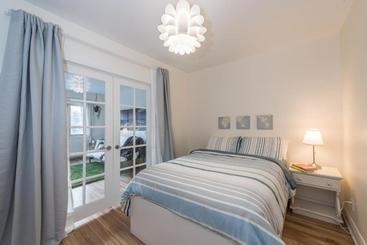 202 Studio Downtown Montréal On Drummond Nearritz is set in the Golden Square Mile district of Montréal, 300 metres from...

Take in the views from a terrace and make use of amenities such as complimentary wireless Internet access. Featured amenities... 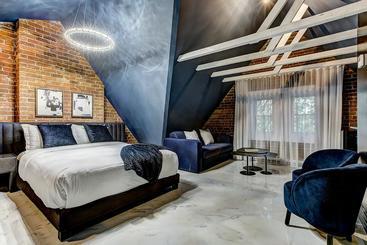 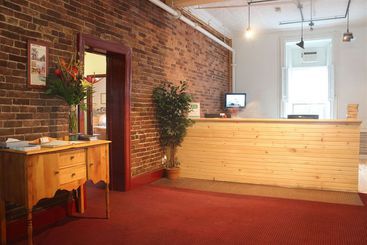 Located in downtown Montreal, this hotel is less than a 5-minute walk from the Saint-Laurent Metro Station. It is 1 km from... 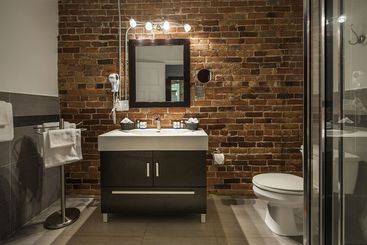 Located in Montreal’s entertainment district, this hotel is less than 15 minutes' walk from the Montreal Conference Centre,... 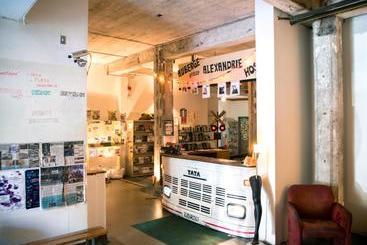 Conveniently located in MontrÃ©al city centre, this hostel provides a daily continental breakfast and is appointed with... 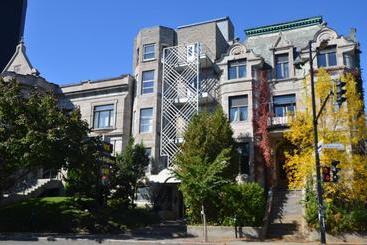 Montreal and Quebec are the two most important cities in the province of Quebec, and are located in the southernmost part of Canada. Despite not being the capital of the province, Montreal can boast of being the city with the largest number of inhabitants of the region and the second most densely populated city in the country. Apart from being one of the largest French-speaking cities in the world, because of belonging to the province of Quebec, the official language is French vs English, which is mostly spoken in the rest of the country. Today, English is gaining ground in this city, a little more in the south of Canada because of being closer to the United States than its neighboring city Quebec. Montreal was one of the first cities of Canada, and was founded in the seventeenth century. Since then, the inhabitants of this island have multiplied until now, until becoming the city it is today, which is just the union of the former municipalities that formed the island, now creating the urban community of Montreal. A curious fact is that Montreal is located on an island at a confluence of two rivers, the Ottawa and St. Lawrence. This gives the city great singularity.
The city has many natural beauty spots, since it belongs to the province of Quebec, which has 27 national parks. The views from Mount Royal, the heart of the city, are wonderful. This area contains the botanical park of the city and the oratory of San Jose.
Another charm of this open and moving city is its cultural mosaic, like in every big city, which can be seen by strolling through the many districts that Montreal has. The alleys in the parks and districts take us to the old city, the museum of archeology and history, the Cathedral or the old port, that connects the St. Lawrence River with the great Lakes. It is a luxurious and unique city, where creativity and culture co-exist with nature and the festivities. A city where one can give onself up to pleasure.
See more See less

The most centrally located hotel in Montreal with the best ratings is: Hotel Sunset Suites.

It depends on the category of the hotel. If you want to stay at a 4-star hotel in Montreal, the average price per night is 49 €, while you will pay an average of 36 € for a 3-star hotel, and in a more luxurious 5-star hotel, you"ll pay around 83 €.

You can make reservations at Hotel The Ritzcarlton Montreal, Hotel Omni Montroyal and Hotel Loews Vogue if you"re looking for a hotel with valet service for your visit to Montreal.

If you need a hotel with disabled access in Montreal, we recommend Hotel The Ritzcarlton Montreal, Hotel Omni Montroyal and Residence Inn By Marriott Montréal Downtown.

If you´re looking for peace and quiet and want to stay at an adult-only hotel in Montreal, we recommend Hotel Visitel.

According to our clients, if you´re travelling with children, the best hotels in Montreal are Residence Inn By Marriott Montréal Downtown, Hotel Omni Montroyal and Hotel The Ritzcarlton Montreal.

If you want to save time, the hotels in Montreal with express check-in and check-out are Hotel The Ritzcarlton Montreal, Hotel Omni Montroyal and Residence Inn By Marriott Montréal Downtown.

Some of the options for hotels with non-smoking rooms in Montreal are Hotel The Ritzcarlton Montreal, Hotel Omni Montroyal and Residence Inn By Marriott Montréal Downtown.