Hotels in the centre of Havana 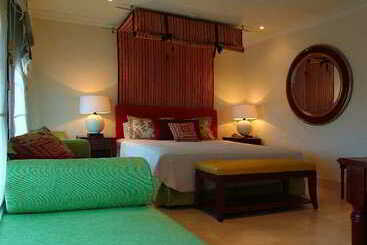 ocated in center of the old City across from Capitolio fallowing are just some of the interesting places to visit around,...

Book your cheap hotel in Havana

Havana is the capital of Cuba, the largest island in the Caribbean. Located in the north of the island, the city has a population of 2.13 million and is visited by more than 1 million tourists every year.

Havana was founded by the Spanish in 1515 and was its springboard for the conquest of the Americas. It is a major port city as well as the seat of the Cuban government, and a major economic, commercial, and diplomatic centre.

There’s a romanticism about Havana that is alluring. Even though Americans were heavily restricted in travelling to Cuba until recently, the rest of the world has been gradually recognising the charms of the island and its capital. Havana is enigmatic and a little confusing but just begging to be explored.

Among the confusing jigsaw of grand avenues and ghetto-like alleys, there are plenty of budget-friendly hotels in Havana offering an exuberant welcome and pleasant stay.

Havana is a city of three parts: Old Havana, Vedado, and New Havana. The best neighbourhoods to visit are:


What to see and do in Havana

The main landmarks to visit include the Malecon city wall and esplanade, Colon Cemetery, the Plaza de la Revolución with its mural of Che Guevara, Morro Castle, and the baroque Gran Teatro de La Habana. Other things to consider are a ride on the ferry across Havana Bay to Casablanca and a stroll through Chinatown. Also worth a visit is Jaimanitas also known as Fusterlandia. This little fishing village has houses brightly decorated by the artist José Fuster.


What to eat in Havana

The choice of food in Havana – in restaurants and street stalls – is overwhelming. Some of the best things to try are: rope vieja, a dish of skirt steak in tomato sauce with rice, guava basted ribs, Tamales, a dish of seasoned ground corn wrapped in corn leaves, yuca con mojo which is cassava cooked in bitter orange juice, and black bean soup.


Typical events and festivals in Havana


How to move around in Havana

Havana is well served by public transport with rail, bus and tram services running extensively throughout the city. There are also ferries, and the train network connects Havana with all the other provinces of Cuba.


The climate in Havana

Enjoying a tropical monsoon climate, the weather in Havana is mostly lovely. Temperatures rarely drop below 10 degrees C and the average temperature in the hottest month of August is 28 degrees C. Rainfall is heaviest in June and October.

The most centrally located hotels in Havana with the best ratings are: Hotel Iberostar Parque Central, Hotel Meliá Cohíba and Hotel Saratoga.

It depends on the category of the hotel. If you want to stay at a 4-star hotel in Havana, the average price per night is 40 €, while you will pay an average of 25 € for a 3-star hotel, and in a more luxurious 5-star hotel, you"ll pay around 57 €.