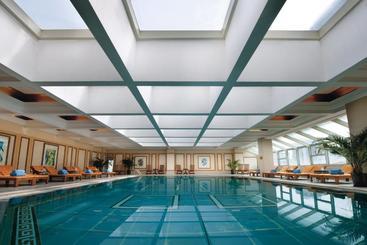 Centrally located in Beijing Wangfujing shopping street. It is only a short-walk to the city's historical treasures such...

The hotel is located in the Sanlitun embassy area, facing the Australian embassy, abutting upon the China National Agricultural... 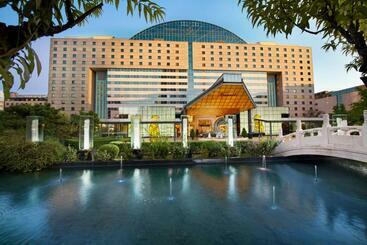 Ideally located in the city centre, in the city's diplomatic and business quarter with easy access to Tiananmen Square and... 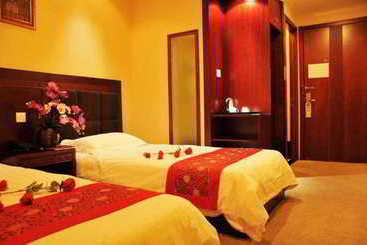 Hotel located int he city center which is close to the Bell Tower and Drum Tower. 5 kms to city centre 24 kms to the nearest... 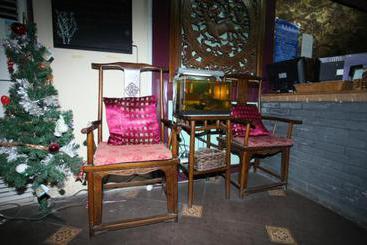 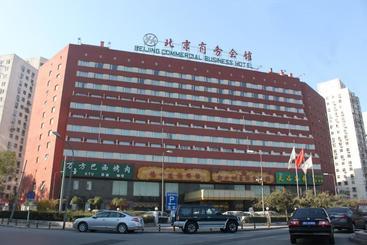 Located only a 10-minute walk from Grand View Garden, Beijing Commercial Business Hotel is a short 20-minute drive from Beijing... 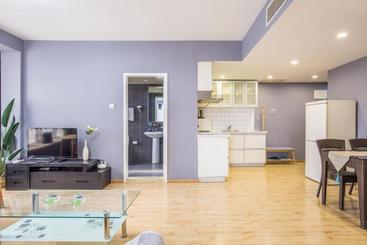 This city hotel is situated 1 km away from the newly built China World. There is a pizza restaurant just 50 m from the hotel,... 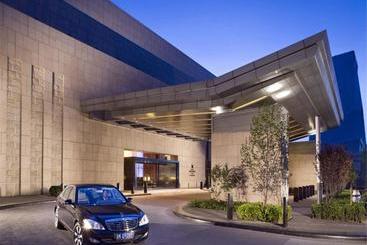 Located near the city center, close to the World Trade Center, which is the business center in the city. The hotel is 30...

This millenary city bears the mark of many centuries of history. Peking is one of the best examples of modernity and tradition, both of which can be found in this chaotic but peaceful city which is both vibrant and harmonious; a city which, over time, has suffered an enormous change in its lifestyle, but is filled with present and past charms that give the city an air of grandeur.
Peking is the capital of China and one of its most important cities. The airport located at the entrance to the city is the countrys main airport, and its new passenger terminal has considerably increased the number of visitors to the city, and made it easier for both locals and foreigners to access the centre of the city. The capital has experienced many important transformations, but the most important of these was most certainly the 2008 Olympic Games, which generated great improvements in the citys infrastructures and the development of its public transport systems, together with allowing Chinese society to open up to the outside world.
The city has many attractions to suit all tastes. There are several world heritage sites such as the temple of the sky to the south of the city and the summer palace. All this added to the necessary visit to what is considered the largest square in the world, Tiananmen, and the Forbidden City, also classified as a world heritage site by the UNESCO, at one of the sides of the square. But, apart from the enormous historic buildings scattered throughout the city, Peking has many parks through which one can stroll, such as Bei Hai or Ritan and many Taoist, Buddhist or Muslim temples that convert the city into a holy site, despite the frenetic pace of the city over the last few years. Peking is also a perfect place from which to start out on many excursions to places such as the Great Wall, the eight palaces of Chendge, the thirteen Ming tombs or at a greater distance, the cities of Datong and their sculpted Buddhas or Pingyao, one of the best conserved mediaeval cities in China.
Anyone who is interested in leisure and shopping should consider Peking as one of the main commercial centres in the country. Peking offers many leisure activities such as theatres and shows, and recently, important nightlife leisure activities are being developed. Insofar as shopping is concerned, places such as the pearls and silks market are certainly worth visiting, where shopping is converted into the national sport, along with bargaining. However, there are also many stores and commercial establishments in the city.
There is no doubt that Peking is one of the cities of the century, where development flourishes and culture, emotion, leisure and business are experience a boom, where those who are curious to explore the country or are looking for adventure will find many stimulating activities in which to engage.
See more See less

It depends on the category of the hotel. If you want to stay at a 4-star hotel in Beijing, the average price per night is 50 €, while you will pay an average of 56 € for a 3-star hotel, and in a more luxurious 5-star hotel, you"ll pay around 85 €.

You can make reservations at Hotel The Opposite House, Beijing Hotel Nuo Forbidden City and Hotel Wanda Vista Beijing if you"re looking for a hotel with valet service for your visit to Beijing.

If you need a hotel with disabled access in Beijing, we recommend Kempinski Hotel Beijing Lufthansa Centre, Hotel The Peninsula Beijing and China World Hotel, Beijing.

If you want an adult-only hotel in Beijing, some of the best options for adults only are Hotel Citycourt, Hotel Holiday Inn Beijing Chang An West, An Ihg and Hotel Gracie Art.

According to our clients, if you´re travelling with children, the best hotels in Beijing are China World Hotel, Beijing, Hotel The Peninsula Beijing and Kempinski Hotel Beijing Lufthansa Centre.

If you want to save time, the hotels in Beijing with express check-in and check-out are Kempinski Hotel Beijing Lufthansa Centre, Hotel The Peninsula Beijing and China World Hotel, Beijing.

Some of the options for hotels with non-smoking rooms in Beijing are Kempinski Hotel Beijing Lufthansa Centre, Hotel The Peninsula Beijing and China World Hotel, Beijing.

If you're bringing a vehicle, we recommend that you book a hotel with parking in Beijing, like Kempinski Hotel Beijing Lufthansa Centre, Hotel The Peninsula Beijing or China World Hotel, Beijing.