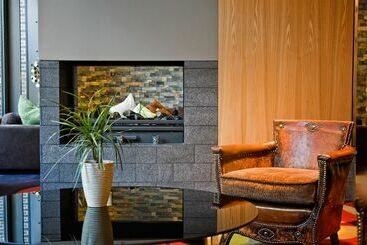 This hotel is ideal for business guests, for tourists as well as for families and groups. It is located in Copenhagen, on... 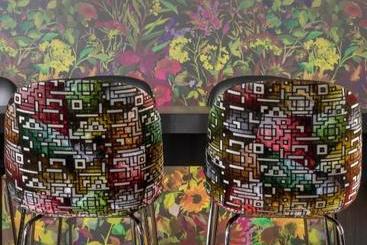 Andersen Hotel is located in the heart of Copenhagen, adjacent to the central station. The area the hotel is situated in...

The preferred airport for Absalon Annex Hotel is Copenhagen (CPH-Kastrup) - 7.2 km / 4.5 mi. Distances are calculated in... 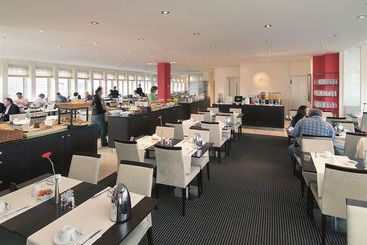 This newly opened, modern hotel is centrally located on the town hall square just a few minutes walk from the famous Stroget... 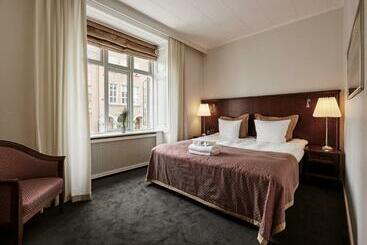 The hotel enjoys a central location within easy access of Tivoli gardens, the main shopping area of Copenhagen and two minutes... 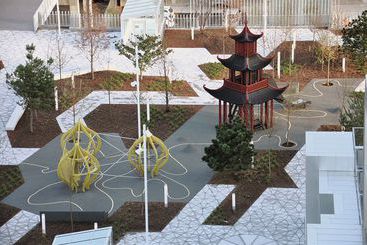 Location: centrally situated in the heart of Copenhagen, near the Tivoli Gardens and the Town Hall square.City centre

Book your cheap hotel in Copenhagen

Copenhagen is the capital of Denmark and with over 1 million inhabitants it is the largest city in Scandinavia.

The hotels in the centre of Copenhagen are expensive, but with 24 hour public transport, many tourists opt to stay in the more affordable accommodation on the outskirts of the city. There is at least one exception. The affordable Woodah Hostel, is in walking distance of the city centre.

Copenhagen is made up of many different neighbourhoods, each with its own personality. Radhuspladsen and Tivoli make up the centre of the city. The City Hall Square is illuminated at night and has been compared to Times Square. Stroget has plenty of shops in pedestrianised streets and pretty churches with copper spires. It is best explored on foot. The small island of Slotshomen is the oldest part of Copenhagen and is dominated by the palace, Christianborg Slot. Nyhavn has its canal lined with restaurants and bars. Next door is Kastellet and its harbour with a statue of Hans Christian Andersen’s Little Mermaid. Christianshavn is home to an “alternative community”, which can be toured. To the north, Osterbro has shops, restaurants and Copenhagen’s largest park.


What to see and do in Copenhagen

Copenhagen has many famous attractions:


What to eat in Copenhagen

The traditional lunchtime food for a Dane is smorrebrod, or an open sandwich. There are many different fillings to try in many different takeaways. Evening meals often consist of frikadeller a type of meatball usually smothered in brun sovs a kind of gravy. For those who prefer fast food there are polser vogner or sausage wagons.


Typical events and festivals in Copenhagen

Most of Copenhagen’s special events are held in the summer. In early July thousands of people attend the Rosklide Festival, which is Europe’s largest rock festival. It is held 20 miles west of Copenhagen. Also in July the Jazz Festival takes place in multiple venues throughout the city, including the streets themselves. In the first week of August Kulturhavn(Culture Harbour), a festival of cultural events and watersports, is held in the harbour area. The first Sunday of December sees Father Christmas entering the city as part of the Great Christmas Parade, which culminates with the switching on of the Christmas lights.


How to move around in Copenhagen

Public transport in Copenhagen complements each other, as the Metro (underground railway), S-trains, buses and even waterbuses can all be travelled on with the same ticket. The cost is determined by how many zones the tourist travels through. The Metro is open 24 hours a day and has 39 stations. The flat landscape has made cycling popular, with hundreds of kilometres of designated cycle lanes.


The climate in Copenhagen

Copenhagen has a temperate climate, with four distinct seasons. A visitor can expect highs of over 20 degrees Celsius in July and August and lows of just below freezing in the winter months, making snow a near certainty. The high latitude means long days in the summer, but long nights in the winter.


More interesting facts about and sights in Copenhagen

Copenhagen’s environmentally minded authorities carried out a major cleaning operation to make the inner harbour clean enough to swim in. Tourists are encouraged to drink tap water and so bottled water is expensive.

The most centrally located hotels in Copenhagen with the best ratings are: Hotel Nimb, Hotel Andersen Boutique and Hotel Kong Arthur.

It depends on the category of the hotel. If you want to stay at a 4-star hotel in Copenhagen, the average price per night is 68 €, while you will pay an average of 65 € for a 3-star hotel, and in a more luxurious 5-star hotel, you"ll pay around 126 €.

Clarion Hotel Copenhagen Airport is the closest one to Copenhagen-Kastrup.

You can make reservations at Hotel Nimb, Hotel Skt Petri and Hotel Crowne Plaza Copenhagen Towers, An Ihg if you"re looking for a hotel with valet service for your visit to Copenhagen.

The best hotels in Copenhagen for adults only are Inn Sleep In Heaven and Hotel Bertrams.

According to our clients, if you´re travelling with children, the best hotels in Copenhagen are Hotel Kong Arthur, Hotel Andersen Boutique and Hotel Nimb.

If you want to save time, the hotels in Copenhagen with express check-in and check-out are Hotel Nimb, Radisson Collection Royal Hotel, Copenhagen and Clarion Hotel Copenhagen Airport.

Some of the options for hotels with non-smoking rooms in Copenhagen are Hotel Nimb, Hotel Andersen Boutique and Hotel Kong Arthur.