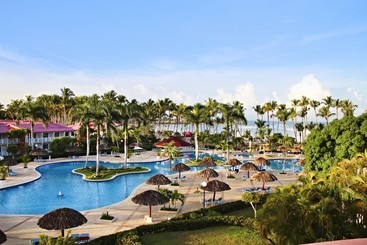 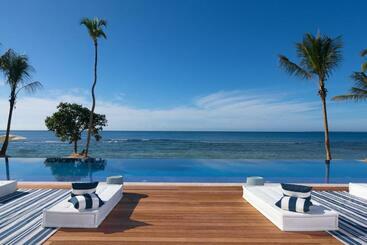 The Complex is located on the southeast of the Dominican Republic in the town of La Romana; it is on the edge of the Caribbean... 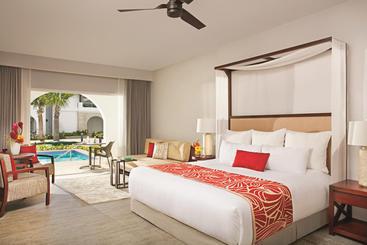 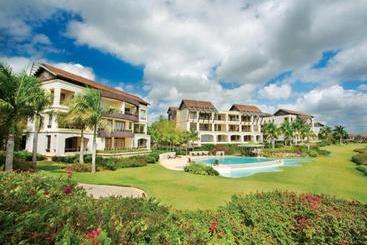 The Roman villa holiday village is located by the Dye Fore golf course, a few kilometres from the airport and close to entertainment... 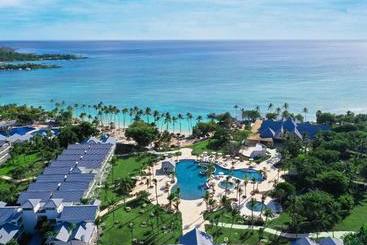 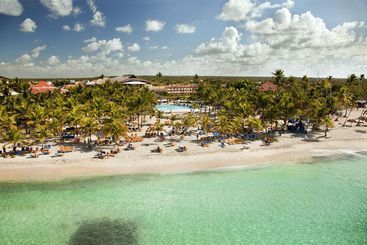 Location: on the southeast coast of the Dominican Republic facing the gorgeous islands of Saona and Catalina. The hotel boasts... 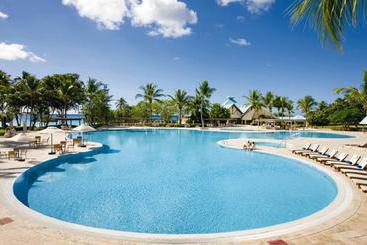 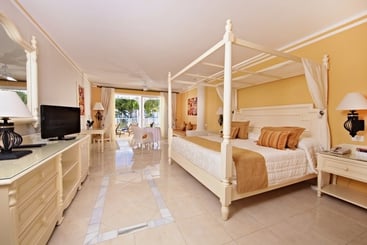 Pamper yourself with a visit to the spa, which offers massages, body treatments, and facials. When the sun is out, a round...

La Romana, located opposite Catalina Island, is the capital city of the southeastern Dominican province that shares the same name. The busy port is one of the many major cities in the Dominican Republic, and it's the seventh-largest town by population. La Ramona is also one of the most frequently visited destinations in the Republic. It is known for amazing turquoise beaches, large caves, sugar cane plantations, fresh seafood, world-class golf courses and other tourist charms representing the country's unique culture.


What to see and do in La Romana

What to eat in La Romana

Savour some authentic local dishes by the waterfront, such as dulce de Coco. It is a creamy and sweet dessert made with young, mild-tasting coconut. When you're on the go or touring the town and don't have any time to enjoy a sit-down meal, be on the lookout for a fritura (street vendors selling fried food). They sell hot, juicy pica pollo, a local fried chicken dish. It's golden, crispy, crusted and flavoured with a blend of oregano, then served with fresh garlic and lemon.


How to move around in La Romana

Although public transport may be a little chaotic, it functions quite well. You can use the local buses, which are called gua-guas. There are older models and newer air-conditioned units available. This transport method is a cheap way to travel around the city. However, if you intend to travel at night, you'll need a car rental, as the buses do not operate after dark. You can also take a taxi or carro concho, which run along the avenues. They are cheaper than taxis but pricier than gua-guas.


The climate in La Romana

This city experiences warm weather all year round, making it an ideal travel destination any time of year. The hottest months are from June to September, with temperatures ranging from highs of 33°–34° C to lows of 21°–22° C. The 'colder' months are not much different. From December to April, you can expect an average high of 30°–31° C and lows around 18–19° C. The climate in La Ramona is generally hot, windy and partly cloudy. September experiences the highest water temperature, with a monthly average of 29.2° C. March has the lowest water temperatures, averaging around 26.3° C. This destination reaches average precipitation of 2% throughout the year.

It depends on the category of the hotel. If you want to stay at a 4-star hotel in La Romana, the average price per night is 106 €, while you will pay an average of 27 € for a 3-star hotel, and in a more luxurious 5-star hotel, you"ll pay around 84 €.

You can make reservations at Resort Los Altos Residences By Mint if you´re looking for a hotel with valet service for your visit to La Romana.

If you need a hotel with disabled access in La Romana, we recommend Resort Viva Wyndham Dominicus Palace All Inclusive.

According to our clients, if you´re travelling with children, the best hotels in La Romana are Resort Viva Wyndham Dominicus Palace All Inclusive, Casa De Campo Resort & Villas and Resort Los Altos Residences By Mint.

If you want to save time, the hotel in La Romana with express check-in and check-out is Casa De Campo Resort & Villas.

Some of the options for hotels with non-smoking rooms in La Romana are Resort Los Altos Residences By Mint, Casa De Campo Resort & Villas and Resort Viva Wyndham Dominicus Palace All Inclusive.

If you're bringing a vehicle, we recommend that you book a hotel with parking in La Romana, like Resort Los Altos Residences By Mint, Resort Viva Wyndham Dominicus Palace All Inclusive or Resort Bahia Principe Grand La Romana All Inclusive.