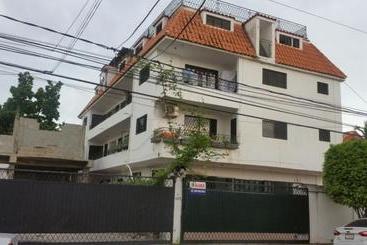 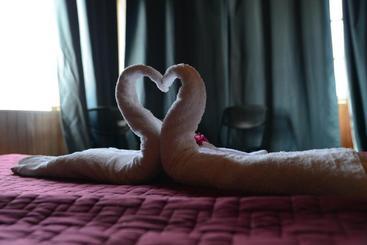 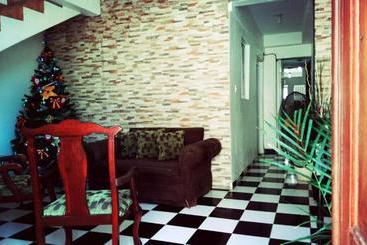 Take in the views from a rooftop terrace and make use of amenities such as complimentary wireless Internet access and concierge... 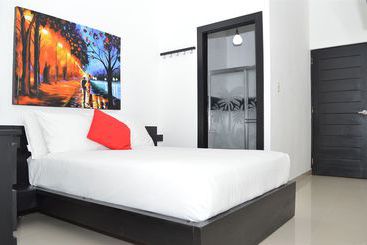 Hotel Jade is located in Santo Domingo, a 10-minute drive from the city’s popular Colonial Zone. It offers free WiFi and... 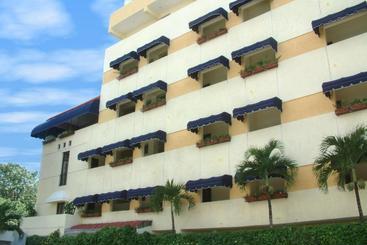 Offering views of the Caribbean Sea, this Santo Domingo hotel is 15 minutes from the historic cathedrals and buildings of...

Queen of Hearts Apartahotel is set in Santo Domingo, 4.2 km from Puerto Santo Domingo. The Colonial Zone is only a 15 minute...

This hostel is located in Santo Domingo and is within a block of the ocean. This hostel offers an outdoor terrace bar, laundry...

Santo Domingo de Guzmán, better known as Santo Domingo, is the capital of the Dominican Republic, a paradise in the middle of the Caribbean that pleases one and all.
The first European city in the Americas, it was founded at the end of the 15th century a few years after the discovery of America by Columbus. The Dominican Republic is located on the island of Española and shares its territory with the neighboring state of Haiti. The city has strong colonial roots, as it was founded by Bartholomew Columbus. Since then it experienced sustained growth until the end of the 20th century when the development of tourism spurred the creation of infrastructures that have since led to an increase in population and an improvement in social status all over the island; an economy that relies on tourists seeking sand and sun.
Santo Domingo and the entire Dominican republic count on two key factors for tourism; the first and less important one is the colonial origin of the capital of the Republic, still seen in important buildings such as the Cathedral Primada de America, " Museo de las Casas Reales", the Monastery of San Francisco, the Palace of Columbus and the Church of the Dominican Convent. Other points of interest in the city are Boca Beach and the Fortress of Ozama. Due to all this, the city was declared a World Heritage Site by UNESCO.
However, the Domican Republics strongest touristic attraction is its well-developed beach tourism, especially in such places as the internationally known beaches of Punta Cana. The main tourist areas are divided into Puerto Plata, also known as the Amber Coast. Santiago and the Cibao, where the main plantations of the country are found, specialize in tobacco. La Romana and Bayahibe, villas alternate with modest country homes, while in the fishing town of Bayahibe there is one of the most beautiful beaches in the country, Playa Dominicus. Punta Cana and Bavaro, places for relaxing and having fun, is one of the zones that are most sought-after by Europeans. And in Samaná you will find one of the countrys most beautiful national parks. With its rich gastronomy, pleasant conversations, dreamy landscapes and all the relaxation in the world, the Dominican Republic is one of the most desired vacation destinations in the world.
See more See less

It depends on the category of the hotel. If you want to stay at a 4-star hotel in Santo Domingo, the average price per night is 40 €, while you will pay an average of 27 € for a 3-star hotel, and in a more luxurious 5-star hotel, you"ll pay around 34 €.

You can make reservations at Hotel Sheraton Santo Domingo, Inn Hodelpa Nicolás De Ovando and Hotel Crowne Plaza Santo Domingo if you"re looking for a hotel with valet service for your visit to Santo Domingo.

If you´re looking for peace and quiet and want to stay at an adult-only hotel in Santo Domingo, we recommend Hotel Barcelo Santo Domingo.

If you want to save time, the hotels in Santo Domingo with express check-in and check-out are Hotel Sheraton Santo Domingo, Hotel El Embajador, A Royal Hideaway "newly Renovated" and Hotel Barcelo Santo Domingo.