"Cairo or Al-Qahera is the great Capital of Egypt. Considered to be one of the largest cities in both the Middle... 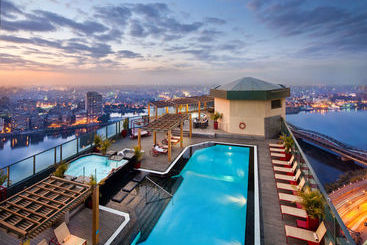 Located in the Nile City Towers by the River Nile, this 5-star hotel features a rooftop pool deck with spectacular views...

This luxury hotel is located directly beside Cairo airport and is only a few minutes drive from Cairo's international conference... 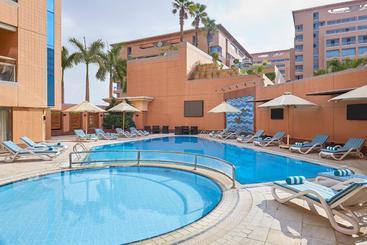 This hotel is located in the elegant district of Heliopolis, in Cairo. The Giza Pyramids are a 30-minute drive away and the... 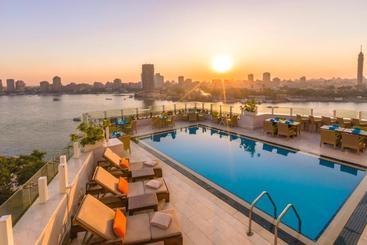 Location: the hotel is located on the east bank of the River Nile in the historic district of Garden City. Near the Museum... 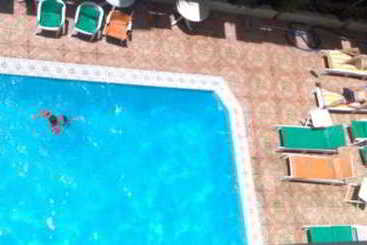 Guests appreciate the strategic location of this hotel in Cairo. The west bank of the Nile is a few minutes'...

Cairo is the capital of Egypt and one of the best known cities in the world, due to its history, culture and charm. The city, of Roman origin, was the object of many invasions and interests which have converted it into the great city it is today.
El Cairo is one of the most densely populated cities in the world and can presume to be a place of pilgrimage since it is the city that is nearest to the pyramids of Giza, the last wonder of the original seven world wonders that still exists. Not only is El Cairo proud of its funeral architecture, but it is also a cultural centre and meeting point, a city filled with life, and a place that travellers should not fail to visit.
Due to the location of El Cairo in northern Africa, the city has a Mediterranean climate with extremely hot summers and little rainfall. The winters, however, are mild, making this the high season for tourists visiting the city and to the rest of the country.
Visiting El Cairo is entering the gateway to ancient Egyptian culture. The capital is a place that must be visited by anyone entering or leaving Egypt who is looking to take a break and enjoy the sun and the beach near Red Sea or enjoy adventure activities in the desert or taking one of the many cruises on the Nile between Aswan and Luxor.
However, El Cairo in itself is a delightful place to visit, and visitors can wander through the ancient part of the city and the streets of the Medina. The city centre has been declared a world heritage site, accompanying tourists on their journey through the old citadel of Saladino, the Copt quarter or the shopping district of Jan el-Jalili. El Cairo is also home to the most important museum of Egyptian art in the world, where one can explore the centuries of ancient cultures and history of what was once one of the most powerful nations in the world, in just a few square metres. Without forgetting, of course, that El Cairo is the main point of departure for excursions to destinations such as the pyramids of Giza, a sight that visitors will take a long time to forget. Not only does the ancient layout of the city give it the charm it has today, but El Cairo has known how to keep pace with modern times, and offering all kinds of facilities for the local populations and visitors, offering tourist services that range from the most standard and economical to the most luxurious offering. A city where one can have fun, relax and learn, a memorable city, like the country itself.
See more See less

It depends on the category of the hotel. If you want to stay at a 4-star hotel in Cairo, the average price per night is 38 €, while you will pay an average of 30 € for a 3-star hotel, and in a more luxurious 5-star hotel, you"ll pay around 72 €.

Novotel Cairo Airport and Le Passage Cairo Hotel & Casino are the closest ones to Cairo.

You can make reservations at Hotel Sofitel Cairo Nile El Gezirah, Hotel Intercontinental Cairo Semiramis, An Ihg and Sonesta Hotel, Tower & Casino Cairo if you"re looking for a hotel with valet service for your visit to Cairo.

According to our clients, if you´re travelling with children, the best hotels in Cairo are Sonesta Hotel, Tower & Casino Cairo, Hotel Sofitel Cairo Nile El Gezirah and Safir Hotel Cairo.

If you want to save time, the hotels in Cairo with express check-in and check-out are Hotel Sofitel Cairo Nile El Gezirah, Hotel Intercontinental Cairo Semiramis, An Ihg and Sonesta Hotel, Tower & Casino Cairo.

Some of the options for hotels with non-smoking rooms in Cairo are Safir Hotel Cairo, Hotel Sofitel Cairo Nile El Gezirah and Hotel Intercontinental Cairo Semiramis, An Ihg.

If you're bringing a vehicle, we recommend that you book a hotel with parking in Cairo, like Safir Hotel Cairo, Hotel Sofitel Cairo Nile El Gezirah or Hotel Intercontinental Cairo Semiramis, An Ihg.