Lagrange Aparthotel Toulouse Saint Michel is just 160 metres from Saint-Michel Metro Station and a 10-minute walk from the... 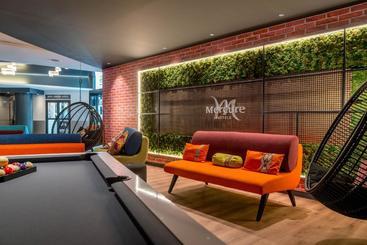 The hotel is situated in the city center, very close to Place du Capitole and Compans Caffarelli Gardens. It offers easy... 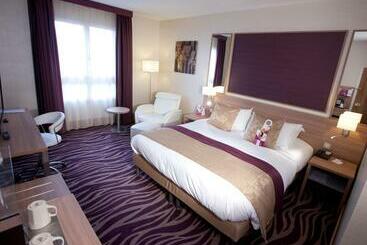 This hotel is located in the centre of Toulouse, directly on the famous Capitole Square. Links to the transport... 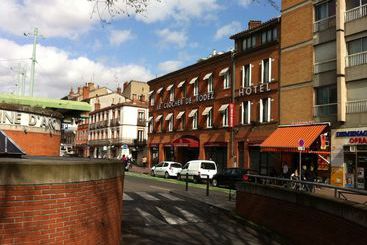 This historical hotel is located in the historic center of Toulouse, just a short walk from the main tourist attractions... 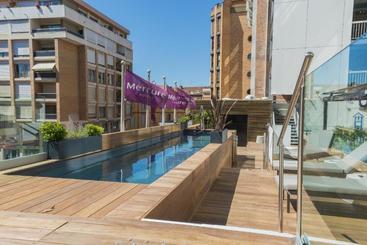 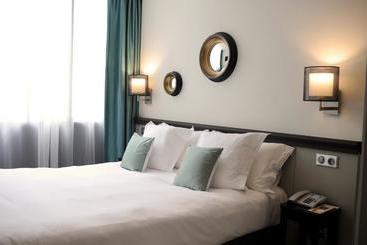 Located in the heart of Toulouse, the Hotel Albert 1er is within walking distance of the famous Place du Capitole and other...

Located in the centre of Toulouse, next to the Canal du Midi and in front of Toulouse Matabiau Train Station, Néméa Appart‘Hôtel...

Book your cheap hotel in Toulouse

Enjoy an action-packed holiday in France's fourth-largest city. Home to a vibrant university population and buzzing nightlife, Toulouse is an exciting and energetic city. With three UNESCO World Heritage Sites to visit, it's also bursting with cultural and historical attractions. It's also full of culinary delights, ranging from cosy street-side cafes to world-famous candied violets. Get lost in the city's best restaurants, and relish in a dish of warming cassoulet, paired with a rich glass of red Gaillac wine.

There are also plenty of hotels to choose from in Toulouse, ranging from cute apartments to chic city-style hotels. You'll find everything from elegant centuries-old accommodation with opulent interiors to boutique and trendy hotel options. Particularly favourited by many visitors are the 1930's art-deco-inspired buildings. Whatever your budget, look for centrally placed hotels or hostels to remain close to the city's heart and amidst the action.

There are many excellent districts to stay in and discover in the town of Toulouse, including:

What to see and do in Toulouse

Toulouse is a large city that's home to a fantastic blend of new and old attractions. There's a wealth of water-based activities since the town sits near the River Garonne and Canal du Midi. Try your hand at sailing and go down a scenic stretch of the canal that leads into the suburbs for something different. As for museums and galleries, visitors are spoiled. Cité de l’Espace is France's pre-eminent aerospace museum, while Musée St-Raymond outlines Toulouse's Roman history. The 16th-century Hôtel d'Assézat is a stunning private mansion that houses the luxurious gallery of Foundation Bemberg. Another home to many important religious artefacts is the prized 17th-century Musée Paul Dupuy mansion. The Musée des Augustins is also a highlight. It offers a timeline of artworks, ranging from ancient Roman times to present-day pieces. Gorgeous architecture blesses the city, so ensure to take it all in and go on a walking tour of the area. Head to Basilique St-Sernin to see one of the world's best-preserved Romanesque buildings.

What to eat in Toulouse

Toulouse is a mecca for foodies, with plentiful restaurants serving traditional and contemporary cuisine options. By far, the city's standout dish is cassoulet— stewed duck confit with sausages and beans. Typically served with a glass of local red wine, you can find this emblematic dish throughout the city. Speaking of sausages, saucisse de Toulouse is the city's lean and medium sausage, often served with potatoes and salad. Duck is also particularly popular, with foie gras being one of the city's staple dishes. Another hot favourite is confit de canard. It's a dish comprising salt-cured duck confit that has a tender, mouth-watering texture. Head to a pavement cafe for a slice of something sweet, like Fénétra cake or tarte aux noix with a coffee.

Typical events and festivals in Toulouse

Toulouse hosts many alluring events and celebrations. These include typical French festivals, like Bastille Day and Carnaval. However, Toulouse also boasts some unique festivities. Look out for Fête de la Violette, a huge street parade in celebration of the city's famed violets in February. The city turns purple with the flowing violet-based food and drinks to aid the revelling. Other notable festivals include the Toulouse d'Été, a summer celebration of music, and the Piano aux Jacobins music festival, which celebrates classical music through September. Expect plenty of concerts and outdoor performances in and around Toulouse's charming old centre.

How to move around in Toulouse

Toulouse has a two-line metro system and a comprehensive bus network. You shouldn't have any issue navigating the city and suburbs via public transport. Taxis are also popular within the city, particularly ride-hailing apps. There are several cycle-hiring schemes available as well, most notably is the local VélôToulouse app. Download it on your mobile device to locate a spare cycle, which you can drop off at any designated spot.

The climate in Toulouse

Toulouse has a temperate and humid subtropical climate. This weather is marked by warm, humid summers and mild, wet winters. You can expect summer highs of around 28° C and lows around 2° C during the winter season. In general, spring and autumn are considered the most favourable times to visit— the latter is among the year's driest periods.

It depends on the category of the hotel. If you want to stay at a 4-star hotel in Toulouse, the average price per night is 43 €, while you will pay an average of 30 € for a 3-star hotel, and in a more luxurious 5-star hotel, you"ll pay around 75 €.

You can make reservations at Hotel Pullman Toulouse Centre Ramblas, Grand Hotel De L'opera - Bw Premier Collection and Hotel Crowne Plaza Toulouse, An Ihg if you"re looking for a hotel with valet service for your visit to Toulouse.

Some of the options for hotels with non-smoking rooms in Toulouse are Résidence De Diane - Toulouse, Hotel Le Grand Balcon and Privilège Appart Hôtel Saint Exupéry.

If you're bringing a vehicle, we recommend that you book a hotel with parking in Toulouse, like Résidence De Diane - Toulouse, Hotel Le Grand Balcon or Privilège Appart Hôtel Saint Exupéry.