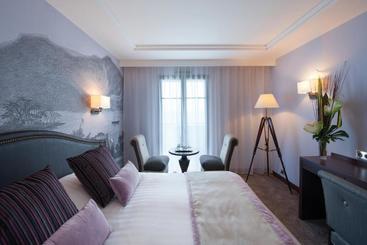 This beachfront hotel is just a 5-minute walk to the historic centre of Saint-Malo and 950 metres from Saint-Malo Marina.... 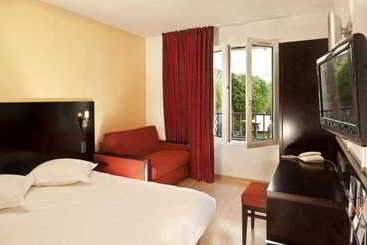 This hotel enjoys a convenient location by the beach and between the sea, the old town and the ?Thermes Marins?... 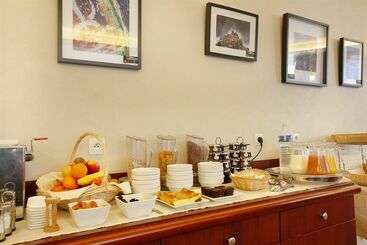 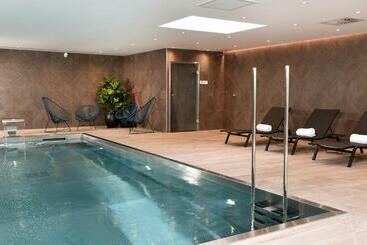 Offering a snack bar and free WiFi, ibis Styles Saint Malo Port is located in Saint Malo, less than a 10-minute walk from... 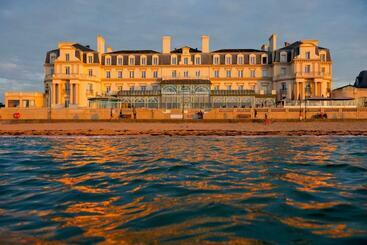 The hotel lies on the coastline of Saint Malo. The nearest public transport stop is about 100 m away. 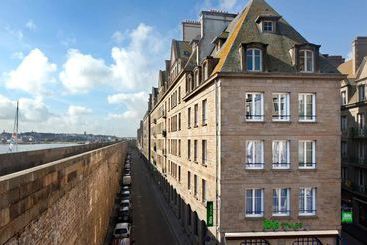 The ibis Styles Saint-Malo Centre Historique sits in the heart of the historic fortified city walls of Saint Malo, just 30... 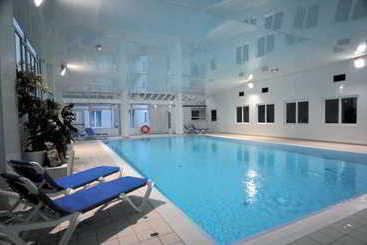 Book your cheap hotel in Saint-Malo

The ancient port of Saint-Malo is in Brittany, a beautiful region in the northwest of France. It was founded by the Gauls in the 1st century AD and later became a base for maritime privateers. They frequently attacked the British and Dutch ships sailing through the English Channel. The granite walls that surround the city were renovated in the 17th century. The Second World War destroyed much of the city, but remarkably the walls remained intact. Saint-Malo was carefully restored and it's now a popular holiday destination. Visitors to the city will appreciate its rugged coastline, fascinating maritime history and the fine cuisine that's served in the town's incredibly high number of restaurants.

Saint-Malo's buildings are traditional in design, providing the city's hotels with unrivalled elegance and charm. Many of the hotels in Saint-Malo overlook the La Grande Plage du Sillon Beach. Others are in the mediaeval area near the cathedral. Every budget is accounted for, ranging from luxury 5-star hotels to self-catering apartments with sea views. There are also several family-run guesthouses with private gardens. There are many inexpensive gites and cottages in the local villages beyond Saint-Malo.


What to see and do in Saint-Malo

Walking the city's ramparts should not be missed. The walls run for approximately two kilometres and provide amazing views of Saint-Malo and the coast. The Solidor Tower is a 14th-century stone keep that guards the estuary of the local River Rance. Visitors to the Privateer's House can see fascinating nautical exhibits and memorabilia charting the city's history of piracy. In the mediaeval centre of Saint-Malo is the city's tallest structure, Saint Vincent's Cathedral. It dates back to the 11th century and contains relics, statues and beautiful stained-glass windows. The Grand Aquarium is one of the most popular attractions. Visitors love watching hundreds of sea creatures swimming in authentic ocean habitats. There is also a fascinating, underwater submarine trip, a forest of mangroves and a tank full of sharks.


What to eat in Saint-Malo

The city has an excellent reputation for fine dining, including many bistros and restaurants that serve local delicacies, such as freshly caught oysters, turbot or sole. Local bouchot mussels are in season during June and July. The mussels are often prepared with onions, garlic, parsley and white wine. Galettes are a particular speciality and are usually made of buckwheat. They are thin, lightly fried pancakes rolled and served with a variety of sweet and savoury fillings. Roast lamb with fresh seasonal vegetables is often on the spring and summer menus. A popular dessert is a clafoutis, a light sponge cake baked with prunes and often served with vanilla flavoured custard.


Typical events and festivals in Saint-Malo

Since 1990, the city's literary festival of Etonnants Voyageurs has been celebrated every year in May. In July, the town hosts a folk music festival, attracting talented musicians from around the world. Every year in February and August there are international rock music celebrations. Jazz fans will love the Jazz à l'Etage Festival, an annual event that takes place in March.


How to move around in Saint-Malo

There is an efficient bus service that connects all the areas of Saint-Malo. Taxi and car hire are alternative ways to travel easily around the city.


The climate in Saint-Malo

The climate in Saint-Malo is typically oceanic. Spring is usually pleasant with mild, warm weather. The best time to visit Saint-Malo is from June to September. These are usually the hottest and driest months with average temperatures of around twenty-three degrees Celsius. Saint-Malo experiences the most rainfall during the winter when temperatures sometimes fall to around four degrees Celsius. However, an occasional day or two of light snow makes the city look very picturesque.

It depends on the category of the hotel. If you want to stay at a 4-star hotel in Saint-Malo, the average price per night is 58 €, while you will pay an average of 46 € for a 3-star hotel, and in a more luxurious 5-star hotel, you"ll pay around 86 €.

You can make reservations at Hotel Hôtel La Villefromoy and Hotel Le Croiseur Intra Muros if you´re looking for a hotel with valet service for your visit to Saint-Malo.

According to our clients, if you´re travelling with children, the best hotels in Saint-Malo are Hotel Grand Hôtel Des Thermes, Hotel Le Croiseur Intra Muros and Hotel Hôtel La Villefromoy.

If you want to save time, the hotels in Saint-Malo with express check-in and check-out are Hotel Hôtel La Villefromoy, Hotel Le Croiseur Intra Muros and Brit Hotel Le Surcouf.

Some of the options for hotels with non-smoking rooms in Saint-Malo are Hotel Hôtel La Villefromoy, Hotel Le Croiseur Intra Muros and Hotel Oceania Saint Malo.

If you're bringing a vehicle, we recommend that you book a hotel with parking in Saint-Malo, like Hotel Le Croiseur Intra Muros, Hotel Oceania Saint Malo or Brit Hotel Le Surcouf.