Boscolo Lyon is a 5-star hotel set in a historic building on the Presqu'île of Lyon, on the banks of the Rhône river, 850... 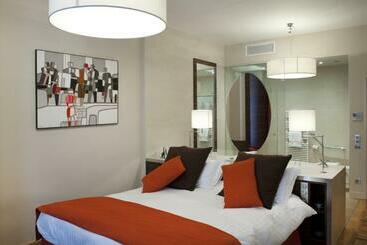 The hotel is located in peninsular that lies between the Rhone and the Soane rivers at the heart of the city of Lyon. The... 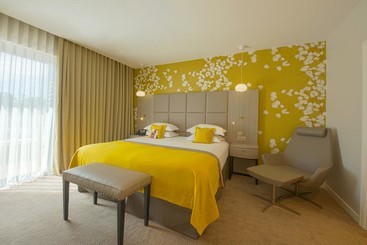 By choosing the Crowne Plaza Lyon - Cite Internationale establishment, you will be staying in the area Parc de la Tête d\'or...

From Lyon airport: drive towards A43/Marseille/Saint-Étienne/Lyon. Then take the exit 16 towards Lyon-Centre/Porte de Gerland.... The hotel is located in the heart of the city. The area Les Terreaux is on the peninsula between the Rhone and Saone rivers.... 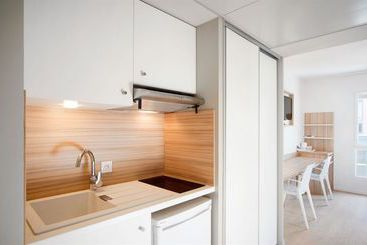 Enjoy recreation amenities such as a fitness center or take in the view from a terrace. Additional features at this residence... 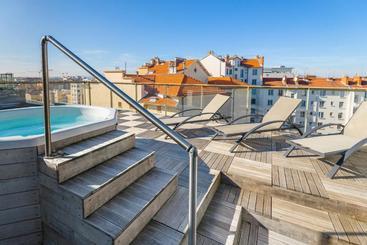 Take in the views from a garden and make use of amenities such as complimentary wireless Internet access and a television...

Book your cheap hotel in Toulouse

Situated at the point where France's Rhône and Saône rivers merge is Lyon, the country's third-largest city and the capital of Auvergne-Rhône-Alpes region. It is well-known for its fine cuisine, historical sites and cultural importance. The districts of Vieux Lyon and Presqu'île are among the top must-see areas. The former offers museums, Renaissance-era architecture, and the Lyon Cathedral, while the latter serves as the modern city's very heart. The city centre provides a range of shops, entertainment venues, restaurants and various other attractions.

Visitors love Lyon's wide variety of accommodation options. You can find anything from budget-friendly hotels dotted around the city's outskirts to sublime resorts, villas and spas tight in the city's centre.

Vieux Lyon, or 'Old Lyon', is the city's oldest district and home to several cultural sites. Some of the most popular areas and neighbourhoods of Lyon include:

What to see and do in Lyon

Among the most popular attractions in Lyon are:

What to eat in Lyon

Lyon is globally famous for its quality cuisine— to the extent that many renowned food critics refer to it as "The Food Capital of the World". Coq au vin is one of the region's best-known meals. It consists of chicken braised with wine, mushrooms and pork fat. The region itself is known for sausages and various pork dishes, while the surrounding area is associated with wine production. An especially popular local speciality is Beaujolais red wine.

Typical events and festivals in Lyon

Lyon is home to the unique tradition known as The Festival of Lights. This event takes place on or around the 8th of December every year. The celebration intends to give thanks to the Virgin Mary, the mother of Jesus Christ, and it includes spectacular light shows and other amazing performances. Many residents celebrate by placing candles in their windows. Les Nuits Sonores is a well-known electronic-music festival that takes place every May. Quai du Polar Festival takes place in March, which celebrates crime fiction and various art-related forms.

How to move around in Lyon

Lyon has two large railway stations: Lyon Perrache and Gare de la Part-Dieu. The Lyon Metro System enhances the city's rail travelling options by boasting four additional lines and 40 stations. The Tramway de Lyon is a tram network that links many major parts of the city, including business and retail centres, and Lyon–Saint-Exupéry Airport. Regular bus, coach and taxi services are available throughout the city. You also have the option to hire a car and make use of Lyon's vast road network. Moreover, Lyon is also well-known for Vélo'v, a bicycle-sharing system that allows you to hire bikes and return them to any of the city's 300+ stations.

The climate in Lyon

The characterised climate in Lyon hot, humid summers and mild-to-cold winters. July and August are the hottest months. Still, with the city's abundance of indoor and outdoor attractions and fun events held throughout the year, including the winter months, tourists should feel free to visit the city at any given time. Regional tourism peaks between May and July, but tourists commonly visit outside the peak season. Many travellers enjoy visiting when the slightly is cooler weather, including April, May, September, October and November. The Festival of Light in December is also a major draw for winter tourists.

You can make reservations at Hotel Carlton Lyon Mgallery Collection, Hotel Cour Des Loges and Hotel Villa Florentine if you"re looking for a hotel with valet service for your visit to Lyon.

If you´re looking for peace and quiet and want to stay at an adult-only hotel in Lyon, we recommend Hotel Mercure Lyon Centre Saxe Lafayette.

According to our clients, if you´re travelling with children, the best hotels in Lyon are Hotel Villa Florentine, Hotel Cour Des Loges and Hotel Carlton Lyon Mgallery Collection.

If you want to save time, the hotels in Lyon with express check-in and check-out are Best Western Hotel De Verdun, Hotel Carlton Lyon Mgallery Collection and Hotel Mercure Lyon Centre Beauxarts.