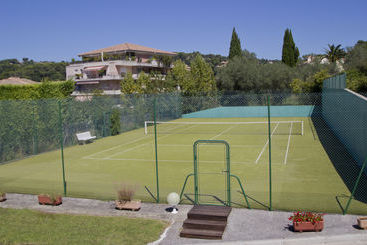 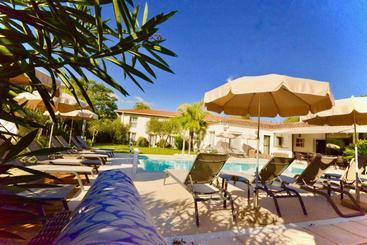 Set in a 3000 m² park with a swimming pool surrounded by sun loungers, Hôtel Villa Sophia is a 3-star hotel in Mougins.... 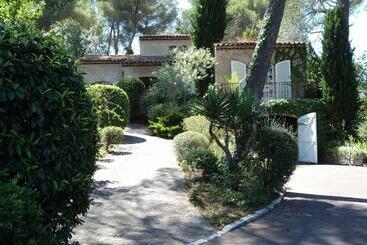 Offering a seasonal outdoor pool and sun terrace, La Douce Heure is set in Mougins. Free WiFi is available throughout the...

Book your cheap hotel in Mougins

This beautiful medieval village of Mougins in south-eastern France is situated just fifteen minutes from Cannes, a city positioned on the French Riviera. It is surrounded by cypress, pines, and olive trees. During the Roman period, the Via Aurelia (the Roman Road) became relatively important. Finally, during the Middle Ages, under King René's reign, the then ruler of Provence, it became a fortified town. In 1936, Pablo Ruiz Picasso, a Spanish sculptor, painter, theatre designer, and ceramicist, visited Mougin. He later decided to relocate permanently, where he continued to live much of his adult life.

The nature of the surroundings has remained unchanged. It boasts of superb ancient houses and narrow roads with colourful flowers on the borders. Tourists are offered a panoramic view of the Lerins Islands, the " Préalpes," the Grasse, and the "Baie de Cannes," from 260 meters high, with forests covering over 400 hectares (Valmasque forest).

Prodigious economic accommodation alternatives are offered in this village. Set on the hills, with sun terraces, a few minutes' drive from the beautiful beaches, with a big forest nearby, and views of the A8 motorway, there are guesthouses, hotels, villas, retreats, and manors. Other options include campsites and furnished apartments.

Mougins is famous for its idyllic golfing environs. It is separated into five chief quarters:

What to see and do in Mougins

What to eat in Mougins

Most restaurants offer French cuisine and a few Mediterranean, Italian, Maghreb, American and Caribbean cuisines. Fish is a local speciality, and so is grilled octopus and tempura-style vegetables.

Typical events and festivals in Mougins


How to move around in Mougins

There are trains connecting all major cities along and beyond the Côte d'Azur and a bus network operating within and around Mougins. Taxi services are also available and car rentals too. You can hire a car or purchase your train tickets from Destinia.

The climate in Mougins

It depends on the category of the hotel. If you want to stay at a 4-star hotel in Mougins, the average price per night is 69 €, while you will pay an average of 41 € for a 3-star hotel, and in a more luxurious 5-star hotel, you"ll pay around 97 €.

The most centrally located hotels in Mougins with the best ratings are: Hotel Le Mas Candille and Hotel Le Club Mougins By Diamond Resorts.

If you're bringing a vehicle, we recommend that you book a hotel with parking in Mougins, like Hotel Le Mas Candille, Hotel Hôtel Villa Sophia - Adults Only July And August or La Lune De Mougins - Hotel & Spa.

According to our clients, if you´re travelling with children, the best hotels in Mougins are Hotel Hôtel Villa Sophia - Adults Only July And August, Royal Mougins Golf, Hotel & Spa De Luxe and Hotel Le Mas Candille.

If you want to save time, the hotels in Mougins with express check-in and check-out are Royal Mougins Golf, Hotel & Spa De Luxe, Hotel Hôtel Villa Sophia - Adults Only July And August and Hotel Hôtel De Mougins.

Some of the options for hotels with non-smoking rooms in Mougins are Royal Mougins Golf, Hotel & Spa De Luxe, Hotel Hôtel Villa Sophia - Adults Only July And August and Hotel Hôtel De Mougins.

The best-rated hotel in Mougins with a gym is Hotel Le Club Mougins By Diamond Resorts.