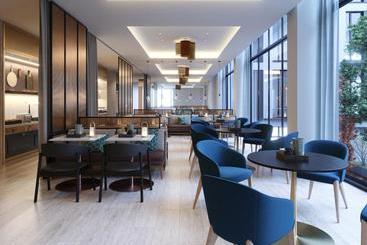 Featuring a fitness centre and a bar, Adina Apartment Hotel Cologne is located in Cologne, 600 metres from Lanxess Arena... 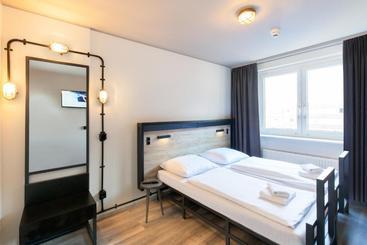 This hotel offers accommodation in a central location in Cologne's Old City, a 10-minute walk from the Neumarkt Galerie shopping... 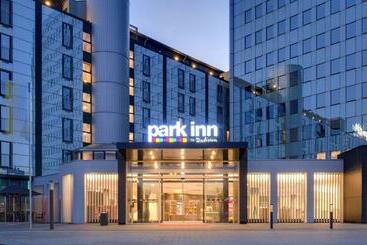 This modern hotel in Cologne?s business district is situated close to the historic downtown area and twin-towered cathedral.... The hotel enjoys an exclusive location directly beside the Rhine in the heart of Cologne. The city centre and...

Soundproofed rooms with flat-screen TV as well as a 24-hour reception are offered by this hotel. It stands directly beside...

Offering a unique design and fine Mediterranean cuisine, this stylish 4-star hotel is just a 5-minute walk from Cologne Cathedral... 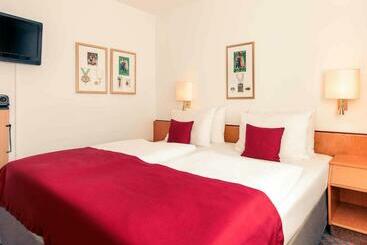 Book your cheap hotel in Cologne

With just over a million residents, Cologne is the fourth largest city in Germany. It is located near the western edge of the country.

Situated on a gentle bend in the Rhine, there was a settlement here back in prehistoric times. It become an important Roman city and Charlemagne raised Cologne to the status of an archbishopric. In time it became known as the Rome of the North. Cologne developed as a centre of trade as part of the Hanseatic League and pride in its past was the driving force behind its remarkable recovery following the destruction of the Second World War.

Most of Cologne's main tourist attractions are in the historic centre and so the most expensive hotels are in this area. However, unlike many other cities, there are many cheaper options both in the centre and the surrounding area.

Cologne is divided into nine boroughs. Innenstadt is the central district and most of the main sights are situated here. To the west is Lindenthal, the home of the world renowned University of Cologne. To the north west is Ehrenfeld, with its theatres, art galleries, boutiques, cafes and bars. Directly north of the centre is Nippes, which was traditionally the working-class neighbourhood, but is now a diverse area with a daily market and trendy boutiques. To the north east is Mulheim, which is the heart of Cologne’s Turkish community. To the south is Rodenkirchen with its parks and impressive suspension bridge.


What to see and do in Cologne

Cologne has many famous attractions:


What to eat in Cologne

For a mid-morning snack, try a cheese bun or halve hahn. For the main course, the more adventurous can eat sauerbraten, which is raw horsemeat, marinated and served in a sweet sauce with potatoes and sauerkraut. Alternatively, there is schnitzel, a thin slice of meat, fried and covered in breadcrumbs. For dessert, there is apple strudel, a pastry filled with apple, sugar and nuts. To drink, there is kolsch a local beer, served in small glasses.


Typical events and festivals in Cologne

Cologne has a number of popular annual events. Hundreds of thousands of tourists and local residents stay up to welcome in the New Year in Cologne and witness the fireworks over the Rhine. The week of Shrove Tuesday sees the Cologne Carnival with numerous street parties and the suspension of closing hours for bars and pubs. In late August, gamers descent on Cologne to take part in Gamescom the world’s largest computer games trade show. In early October the Cologne Marathon starts and finishes at the trade fair site and thousands of spectators line the streets. From late November until 23 December, Cologne is taken over by a number of different Christmas markets.


How to move around in Cologne

Most of Cologne's attractions can be visited on foot. Alternatively, visitors can easily hire a bike and take advantage of the outstanding bicycle lanes. Cologne has an excellent public transport system, with an integrated tram and underground railway system, which has trains stopping at both underground and street level stations. The same ticket can be used on trams, buses and suburban railways.


The climate in Cologne

Cologne has a temperate climate with warm summers and cool winters. Temperatures of about 20 degrees Celsius can be expected in July and August, whilst the thermometer will occasionally dip into negative figures during the winter months. Rainfall peaks in the summer months, due to heavy showers and occasional thunderstorms.


More interesting facts about and sights in Cologne

In Cologne’s Rheinpark, children of a certain age, in defiance of both Peter Pan and Linus, will deposit their old comforter on a designated Comforter Tree, to signify that they no longer need it.

The most centrally located hotels in Cologne with the best ratings are: Hotel Excelsior Ernst Am Dom, Hotel Hyatt Regency Köln and Hotel Appartel Am Dom.

It depends on the category of the hotel. If you want to stay at a 4-star hotel in Cologne, the average price per night is 47 €, while you will pay an average of 41 € for a 3-star hotel, and in a more luxurious 5-star hotel, you"ll pay around 60 €.

Hotel Art Of Comfort Haus Ingeborg is the closest one to Koln, Koeln/Bonn.

You can make reservations at Hotel Excelsior Ernst Am Dom, Hotel Hyatt Regency Köln and Hotel Uhu Garni Superior if you"re looking for a hotel with valet service for your visit to Cologne.

If you´re looking for peace and quiet and want to stay at an adult-only hotel in Cologne, we recommend Bermuda Triangle B&b.

According to our clients, if you´re travelling with children, the best hotels in Cologne are Ameron Köln Hotel Regent, Hotel Hyatt Regency Köln and Hotel Excelsior Ernst Am Dom.

If you want to save time, the hotels in Cologne with express check-in and check-out are Hotel Excelsior Ernst Am Dom, Villahotel Rheinblick and Hotel Hyatt Regency Köln.

Some of the options for hotels with non-smoking rooms in Cologne are Hotel Excelsior Ernst Am Dom, Villahotel Rheinblick and Hotel Pullman Cologne.