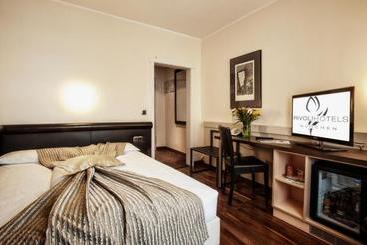 Conveniently located in the Harras area, within walking distance of the metro and S-Bahn. 3 kms to city centre 45 kms to... 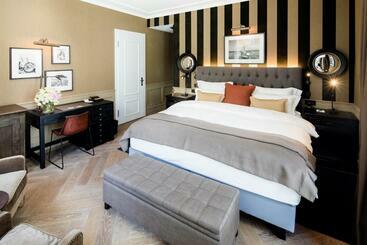 Situated on the upper banks of the Isar river, the hotel sits in the midst of Bogenhausen. Closest landmarks of the neighbourhood... 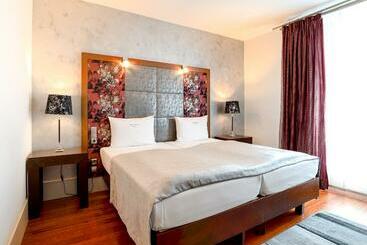 Located only two minutes walk from the famous Oktoberfest site and within walking distance of Munich cultural city centre.... 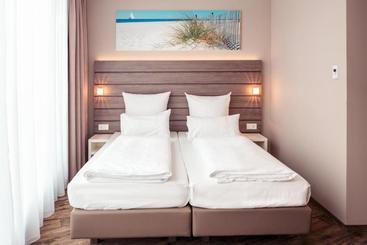 This hotel is located in Munich's Bogenhausen district, a 5-minute drive from the Munich Messe Exhibition Centre. Tulip Inn...

Set in the heart of the city, just 100 metres from Munich's main train station, the hotel is situated only 500 metres from...

Hotel is located in the heart of the city next to the famous Maximilianstrasse, just a few steps from one of the most vibrant...

This wonderful Boutique hotel is located right in the centre of Munich, between the Main train station and the S-Bahn station...

Book your cheap hotel in Munich

As well as being the capital of the state of Bavaria, Munich is the third largest city in Germany. Located in the very south-east corner of the country, Munich stands on the River Isar, just north of the Bavarian Alps.

Unlike so many great European cities, Munich doesn’t have an ancient history. Its roots are in the Middle Ages but that notwithstanding, today’s Munich is an economic and cultural powerhouse with a very high standard of living, regularly reaching the top three in various surveys of best cities to live. It’s also very multi-cultural. 37 per cent of Munich’s residents are non-Germans.

With its splendid 18th century architecture, host of excellent museums and as the gateway to the Black Forest Munich attracts many visitors who are able to find plenty of affordable hotel accommodation.

The neighbourhoods of Munich are packed with personality. Those to prioritise on your itinerary are:


What to see and do in Munich

So much to see and do! Lovers of architecture and history should add Münzhof, the arcaded Court of the Old Mint, Frauenkirche, the Cathetral of Our Dear Lady, the Hofbräuhaus, the world's most famous beer hall, and Stadtschreiberhaus, the Town Clerk's House, one of the oldest buildings in Munich to their list. Shoppers should head to Maximilianstrasse, while the Nationaltheater - Bavarian State Opera House will be of interest to music lovers. Culture vultures can revel in 80 museums and for something different there’s the Circus Krone.


What to eat in Munich

Bavarian food dominates in Munich with the local speciality being weisswurst, the white sausage that was invented here in 1857. It’s traditionally served with a freshly baked pretzel and sweet mustard. Other dishes to try are spatzle little noodle dumplings, schweinshaxe which is a roast pork knuckle, and schnitzel, a breaded pork escalope. Also look out for schmalznudel, Munich’s version of a doughnut, and germknodel, a steamed yeast dumpling.


Typical events and festivals in Munich

Everyone knows about the world famous Oktoberfest but there are other beer festivals too. Starkbierfest celebrates the city’s strong beers in March/April and Frühlingsfest in April/May celebrates light beers. It isn’t all about the beer. Other events include Auer Dult, Europe’s largest Jumble Sale in May, August, and October, the Kocherball in The English Garden in July, and Tollwooda fine and performing arts festival each July and December. Munich’s Christmas Market is also a special event.


How to move around in Munich


The climate in Munich

Although the weather is variable due to climatic influences over the centre of Europe, Munich has warm summers and cold winters with the warmest month being July. June tends to be the rainiest month.

The most centrally located hotels in Munich with the best ratings are: Hotel Admiral, Platzl Hotel - Superior and Boutique Hotel Splendid-dollmann.

It depends on the category of the hotel. If you want to stay at a 4-star hotel in Munich, the average price per night is 51 €, while you will pay an average of 48 € for a 3-star hotel, and in a more luxurious 5-star hotel, you"ll pay around 131 €.

You can make reservations at Hotel Kriemhild Am Hirschgarten, Hotel Laimer Hof Am Schloss Nymphenburg and Hotel München Palace if you"re looking for a hotel with valet service for your visit to Munich.

If you need a hotel with disabled access in Munich, we recommend Hotel Hilton Munich City, Hotel München Palace and Platzl Hotel - Superior.

If you want an adult-only hotel in Munich, some of the best options for adults only are Helvetia Hotel Munich City Center, Hotel Europäischer Hof and Wombat's The City Hostel Munich Hauptbahnhof.

According to our clients, if you´re travelling with children, the best hotels in Munich are Hotel Admiral, Hotel Kriemhild Am Hirschgarten and Hotel Pension Prinz.

If you want to save time, the hotels in Munich with express check-in and check-out are Hotel Jedermann, Hotel Admiral and Hotel Laimer Hof Am Schloss Nymphenburg.

Some of the options for hotels with non-smoking rooms in Munich are Hotel Pension Prinz, Hotel Jedermann and Hotel Kriemhild Am Hirschgarten.