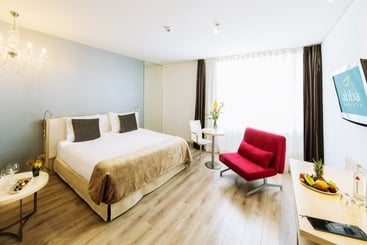 This hotel is located a few steps from the famous Kurfürstendamm shopping boulevard in the heart of Berlin. Many tourist... 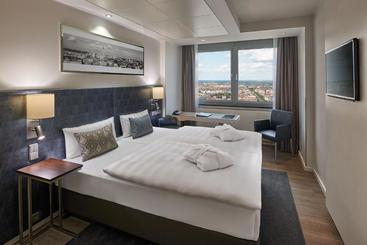 In the historical heart of the city, the hotel enjoys an outstanding location next to the legendary Alexanderplatz, adjacent... 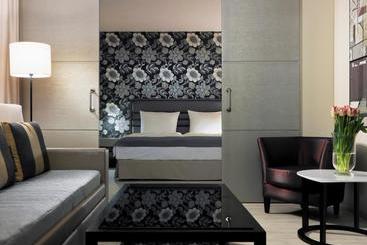 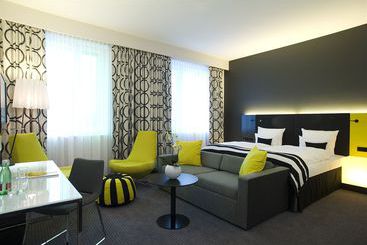 This deluxe hotel is located in the eastern part of the German capital near the historical Alexanderplatz square, one of... 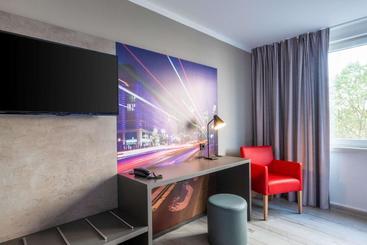 The hotel is located just north of Berlin with excellent transport links. The tram is just across the road and travels regularly... 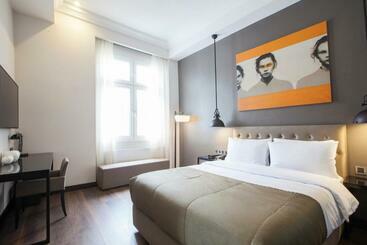 Our hotel is situated within a 5 minute walk of the Potsdamer Platz. There are many restaurants and shops in the vicinity.... 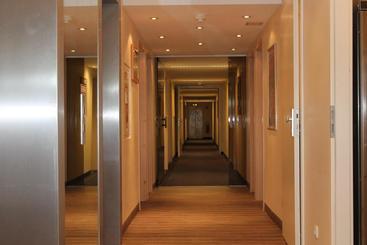 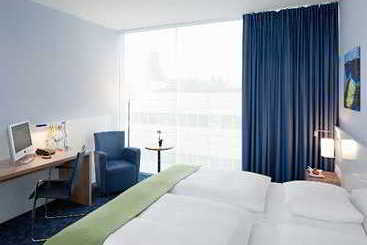 The hotel is located in the quiet Dahlem district of Berlin, next to the Free University and a short distance walk to various...

Book your cheap hotel in Berlin

Located in the state of Brandenburg in the northwest of GermanyBerlin regained its status as the country’s capital after reunification in 1990. With nearly 4 million people, Berlin is Germany’s and the European Union’s most populous city.

Sitting on the River Spree, Berlin is one of the most famous cities in the world, known for the way it was divided between the Allies after World War II and the wall that separated The East from The West during the Cold War. Synonymous with names like Marx, Einstein, Hitler, and John F. Kennedy, today it is known for its tangible history, powerhouse economy, and vibrant culture.

Berlin is ideal for a city break as there’s a laundry list of attractions and plenty of budget friendly accommodations in hotels, hostels and B&Bs.

Berlin consists of a number of eclectic districts, each with their own vibe:


What to see and do in Berlin

Every Berlin visitor’s list should include the top attractions which are the Brandenburg Gate, Checkpoint Charlie, and the small remaining sections of the Berlin Wall. The city’s most prominent landmarks include the Reichstag which is the German parliament building, Schloss Charlottenburg, a huge baroque palace, and the Sammlung Boros, a huge WWII bunker now an art gallery. There are numerous sites associated with the Nazis and WWII open to the public but the Holocaust Memorial is one of the most poignant and memorable sights in the world. Everyone should take a stroll in the Tiergarten, the city’s most popular park.


What to eat in Berlin

21st century Berlin is a cultural melting pot and its food reflects that but there are some staples that remain must-try dishes. Stands all over the city sell currywurst, a kind of hot dog with a unique sauce. Other favourites are schnitzel, a flattened pork or veal escalope in breadcrumbs, and senfeifer which are hard-boiled eggs served with warm potatoes and covered in a creamy mustard sauce. Of course, you must sample the food that JFK so famously misquoted in “ich bin ein Berliner”. The berliner is, in fact, a doughnut, not an inhabitant of the city.


Typical events and festivals in Berlin

Berlin’s biggest event is Berlinale, the annual film festival in February. Others worth travelling for are Karneval der Kulturen, a celebration of the city’s cultural diversity in May, the Christopher Street Day Parade, an LGBTQ+ street party in July, Berlin Art Festival in September, the Hanami Cherry Blossom Festival in April, and Jazzfest in September.


How to move around in Berlin


The climate in Berlin

The weather is highly variable in Berlin with cold winters and fairly warm summers. Lows can go below freezing while the hottest days can reach temperatures in excess of 30 degrees. Rainfall is spread pretty much evenly throughout the year.

It depends on the category of the hotel. If you want to stay at a 4-star hotel in Berlin, the average price per night is 45 €, while you will pay an average of 37 € for a 3-star hotel, and in a more luxurious 5-star hotel, you"ll pay around 88 €.

You can make reservations at Hotel Intercontinental Berlin, An Ihg, Hotel Palace Berlin and Hotel Radisson Collection , Berlin if you"re looking for a hotel with valet service for your visit to Berlin.

If you need a hotel with disabled access in Berlin, we recommend Hotel Zoo Berlin, Hotel Intercontinental Berlin, An Ihg and Hotel Palace Berlin.

If you want an adult-only hotel in Berlin, some of the best options for adults only are Hotel St Christopher S Berlin Mitte, Hotel Q! Berlin and Hotel Hecker S Kurfürstendamm.

According to our clients, if you´re travelling with children, the best hotels in Berlin are Hotel Scandic Berlin Kurfürstendamm, Hotel Zoo Berlin and Hotel Brandies An Der Messe.

If you want to save time, the hotels in Berlin with express check-in and check-out are Hotel Zoo Berlin, Hotel Scandic Berlin Kurfürstendamm and Hotel Intercontinental Berlin, An Ihg.

Some of the options for hotels with non-smoking rooms in Berlin are Hotel Hecker S Kurfürstendamm, Max Brown Hotel Ku'damm and Hotel Brandies An Der Messe.