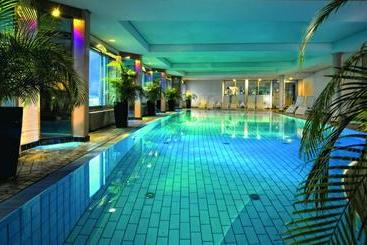 Situated right by the fairgrounds and next to the historic Festhalle, a well-known venue for a variety of events.

Important place or monument close to the hotel: Situated 1km from the city center and the Alte Opera. Nearest station/metro:... 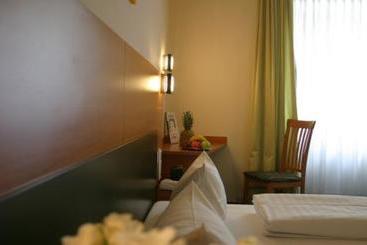 This excellent first class hotel is located just a short walk from the train station right in the heart of the city centre... 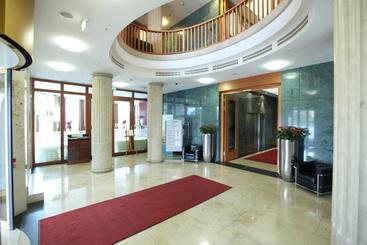 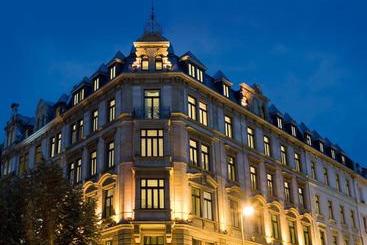 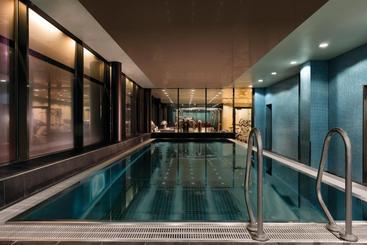 The hotel is ideally positioned along the banks of the river Main, just a few minutes away from the city centre. The strip...

Book your cheap hotel in Frankfurt

Frankfurt is located in the state of Hesse in northern Germany and with 750,000 residents it is the fifth largest city in the country.

Frankfurt is named after the Franks who made it the centre of their empire in the 6th century. Charlemagne built his palace here and Frankfurt became one of the major cities of the Holy Roman Empire. In 1866 Frankfurt lost its independence following the Austro-Prussian war and the insistence that they are "not Prussian" still exists amongst the city's residents. Today, Frankfurt is an important financial centre and the European Central Bank is located in its business centre.

Frankfurt is a popular destination for tourists, with over 4 million visitors a year. Booking ahead is essential if your visit co-insides with a trade fair. The most expensive hotels are in the centre, whilst cheaper accommodation is also available, particularly in the Bahnhofsviertel district, west of the centre.

Frankfurt is divided into 46 districts, or Stadtteile. Alstadt is the historical centre of Frankfurt and most of the main tourist attractions are located here. South of the centre, over the Eiserner Steg Bridge, is Sachsenhausen with its museums, historic buildings, cafes and bars. Bockenheim is located west of the centre and is dominated by the 15th century gothic watchtower. A thriving market and the city's botanical gardens can also be visited.


What to see and do in Frankfurt

As befits a major city, Frankfurt has a number attractions to enjoy:


What to eat in Frankfurt

Typically served with sauerkraut and potatoes, Frankfurter Rippchen is a pork chop alternative to the ubiquitous Frankfurter Wurstchen, or smoked pork that requires no introduction. For dessert, visitors can try Frankfurter Kranz a sponge cake in the shape of a ring or crown. To drink, each bar and café makes its own apfelwein or apple wine, which ensures a number of subtle varieties. A stronger alternative is mispelchen, a form of apple brandy.


Typical events and festivals in Frankfurt

Frankfurt has a busy calendar of fairs and other events. Every year in mid-February the Ambiente fair for consumer goods is held in central Frankfurt. In the last week of April promising new artists get to show off their work at the Art Frankfurt art fair. In early May Frankfurt hosts the Henninger Rennen bicycle race. July sees live bands and other musicians taking part in the street parties that make up the Sound of Frankfurt. From late August to early September, local winemakers exhibit their wares at the annual Rheingauer Weinmarkt. Opening in late November the world famous Frankfurt Christmas Market is held until just before Christmas in the market square.


How to move around in Frankfurt

All the sites in the central district of Altstadt are best visited on foot. The buses, street cars and U-Bahn or underground can be used on the same ticket, which is priced by zone, not by number of journeys. The U-Bahn has 9 lines and 86 stations. It is the best way for a tourist to move around in Frankfurt.


The climate in Frankfurt

Frankfurt has a temperate climate with four distinct seasons. In the summer temperatures hover around 20 degrees Celsius, whilst winters will see the thermometer regularly dipping below freezing.


More interesting facts about and sights in Frankfurt

Due to its reliance on the financial sector, Frankfurt is also known as Bankfurt. Its many skyscrapers provide its other nickname of Mainhattan.

It depends on the category of the hotel. If you want to stay at a 4-star hotel in Frankfurt, the average price per night is 37 €, while you will pay an average of 33 € for a 3-star hotel, and in a more luxurious 5-star hotel, you"ll pay around 80 €.

You can make reservations at Hotel Kempinski Frankfurt Gravenbruch, Hotel Steigenberger Frankfurter Hof and Hotel Rocco Forte Villa Kennedy if you"re looking for a hotel with valet service for your visit to Frankfurt.

If you want an adult-only hotel in Frankfurt, some of the best options for adults only are Hotel Carlton, Hotel Trip Inn Frankfurt Nordwestzentrum and Achat Frankfurt City.

According to our clients, if you´re travelling with children, the best hotels in Frankfurt are Hotel Rocco Forte Villa Kennedy, Hotel Steigenberger Frankfurter Hof and Hotel Kempinski Frankfurt Gravenbruch.

If you want to save time, the hotels in Frankfurt with express check-in and check-out are Hotel Kempinski Frankfurt Gravenbruch, Hotel Steigenberger Frankfurter Hof and Hotel Hamburger Hof.

Some of the options for hotels with non-smoking rooms in Frankfurt are Hotel Kempinski Frankfurt Gravenbruch, Hotel Steigenberger Frankfurter Hof and Hotel Hamburger Hof.