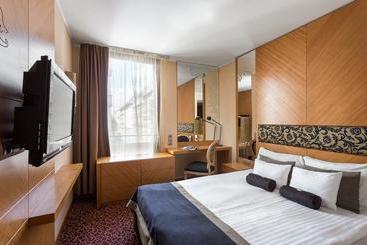 The Hotel is located on Nagy Ignac Street, which opens from Szent Istvan Boulevard (Grand Boulevard), halfway between Margaret... 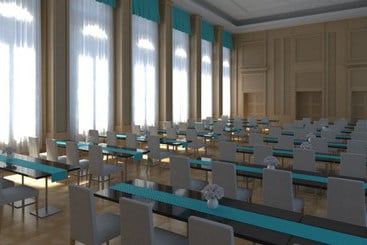 Arcadia Hotel Budapest is located in the heart of historical downtown of Budapest, on the Pest side city centre, home to... 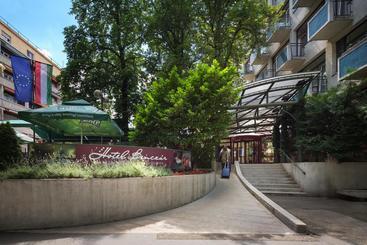 is situated in one of the most beautiful and prestigeous residential areas in central Budapest. The apartment hotel is just... 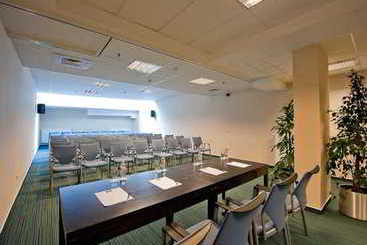 The hotel is located at the corner of Ganz and Kiralyfurdo Streets, in the heart of Budapest on the Buda side of the capital.... 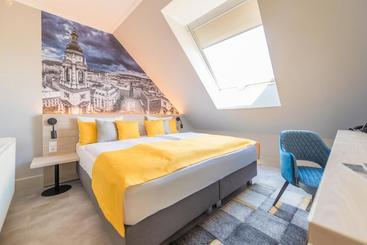 This centrally located city hotel is surrounded by a number of shops, bars, nightclubs and restaurants. Access to the public... 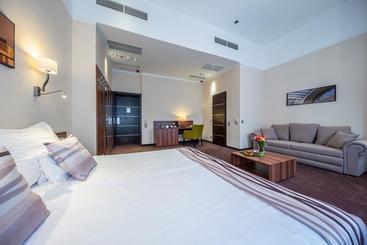 The President Hotel is located in the centre of Budapest. All places of interest (the city centre, the Parliament building,...

This hotel is located in the heart of the city, near to the business quarter and very close to the National...

Book your cheap hotel in Budapest

The capital city of Hungary sits astride the River Danube and is one of the most beautiful cities in Europe. The history that is tied into a once-powerful empire, the grandeur of the architecture, and its thermal baths, make Budapest the ideal destination for a city break.

The streets of Budapest tell many stories. They speak of times like the golden age during the 19th century when the city was a stronghold of the Austro-Hungarian Empire, the 20th century when it suffered under the thumb of communist rule, and the 21st century when it became a grand-dame of tourism with magnificent nightlife

This grand city in Eastern Europe s ideal for budget holidays with a huge selection of wallet-friendly accommodations that offer a warm welcome.

Budapest is the conjunction of two towns on either side of the Danube; Buda and Pest. Modern Budapest consists of a number of districts:


What to see and do in Budapest

Budapest is a major city so there’s a laundry list of attractions. Just a few that shouldn’t be missed are the House of Terror which tells the story of Hungary under communist rule, the Ludwig Museum of Contemporary Art, the Hungarian National Gallery, the Liberty Monument, and the Danube Promenade. Green spaces include City Park, Szent István Park, and Margaret Island in the middle of the River Danube. The best photo opportunities in the city are Heroes Square, a monumental space and Memento Park with its collection of statues. Of course, a visit to the thermal baths should not be missed; Szechenyi Bath are the most popular. You can also learn about the world’s most famous escape artist/magician/illusionist at the House of Houdini.


What to eat in Budapest

No one could possibly visit Hungary without trying its national dish goulash, a meaty stew prepared with varying degrees of paprika but other must-try dishes are töltött káposzta which are stuffed cabbage leaves and kolbász which is the name for sausage with each restaurant serving their own version. A favourite snack is lángos, a deep fried doughy flatbread that's eaten warm and slathered with sour cream and grated cheese or with garlicky butter and favourite sweets include kürtőskalács, which translates as chimney cake and dobos torta, drummer cake.


Typical events and festivals in Budapest

Events occur throughout the year in Budapest covering all forms of culture and entertainment. Highlights are the Summer Festival, the Christmas Fare, and the Szechenyi Bath New Year's Eve Fireworks.


How to move around in Budapest


The climate in Budapest

Budapest experiences an oceanic climate with winter being the coldest and cloudiest time of the year. Temperatures fall to zero degrees and snowfall is common. June through September is the warmest time of the year and visitors in May and June can expect sudden heavy showers.

It depends on the category of the hotel. If you want to stay at a 4-star hotel in Budapest, the average price per night is 36 €, while you will pay an average of 26 € for a 3-star hotel, and in a more luxurious 5-star hotel, you"ll pay around 92 €.

Hotel Ferihegy is the closest one to Budapest-Franz Liszt.

You can make reservations at Hotel Sofitel Budapest Chain Bridge, Hotel Intercontinental Budapest, An Ihg and Hotel Kempinski Corvinus Budapest if you"re looking for a hotel with valet service for your visit to Budapest.

If you want an adult-only hotel in Budapest, some of the best options for adults only are Inn Big Fish Budapest, Retox Party Hostel and Casati Budapest Hotel Superior.

According to our clients, if you´re travelling with children, the best hotels in Budapest are Hotel Palazzo Zichy, Hotel Parlament and Hotel Four Seasons Gresham Palace Budapest.

If you want to save time, the hotels in Budapest with express check-in and check-out are Hotel Four Seasons Gresham Palace Budapest, Paprika Apartment In City Center and Gaia Hostel.

Some of the options for hotels with non-smoking rooms in Budapest are Hotel Four Seasons Gresham Palace Budapest, Hotel Parlament and Casati Budapest Hotel Superior.