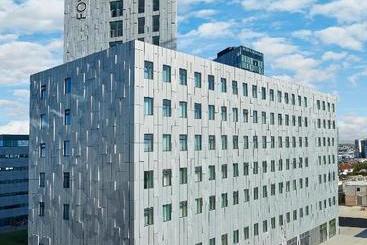 This hotel is located in a quiet residential street right in the old centre of Reykjavik. This is also the main Embassy area.... 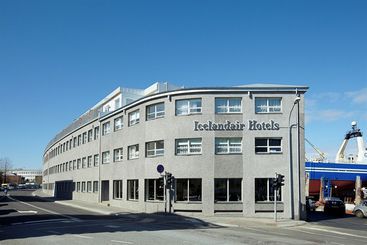 Location: next to Slippur dry dock, within the up-and-coming harbour district, close to the capital's attractions. 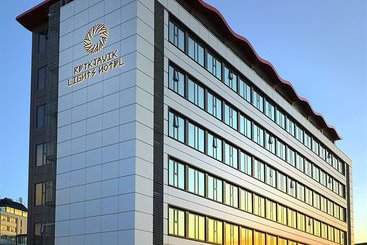 The hotel is centrally located, near the Laugardalur public pool. 50 kms to the nearest airport (keflavík international... 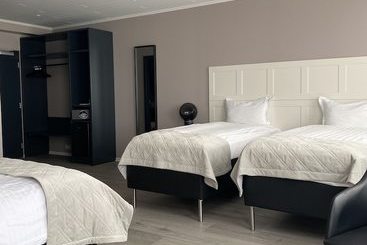 Room With A View Apartments 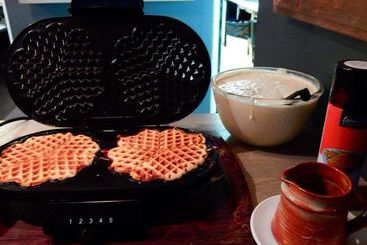 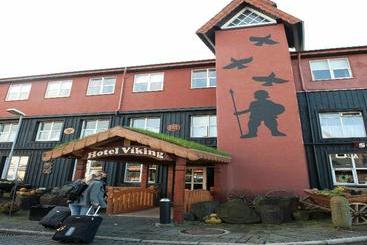 The Viking Village is in the delightful town of Hafnarfjordur, the "the town in the lava", only 15 min. drive from central...

Rekjavik is the worlds most northern capital city and one that combines modernity with culture and nature like none other. Its name means Cove of the Smoke, and it was called this because of the smoke-producing holes that come from the ground. Nowadays these geothermic gases are what is used to power hot water and heating for homes. Rejkaviks origin is tied to the legend of the Viking Arnarson who bestowed the choice of his new home upon the gods who, using wooden pillars brought him to the south-eastern part of the island.

Rejkaviks city centre is situated between the Atlantic Ocean and Tjörning Lake. On the lakes shores is the Nacional Gallery in a modernist style, with its attractive sculpture garden located inside the complex. On the opposite side, in Tjamargata St., one can see the wooden houses, all charmingly painted in different colours, offering a pleasant sight, and the city hall. On the south side of the lake is the National Museum of Iceland which has a very interesting exposition about the countrys history. If you head towards the ocean in the popular Austurvóllur sqare, you will come to the Parliament (Althing) and the modest Lutheran Domkirkjan Cathedral and the Borg Hotel in an art-deco style. On approaching the sea, you will arrive at a charming little market place and the Art Museum of Rekjavik, formed by a compilation of structures embracing each other, namely the Harbour House or Hafnarhúsid, the Ásmundur Sveinsson Sculpture Museum and the Kjarval collection.

After visiting all the above, turn east towards Hlemmur square, which is the true heart of Rekjavik as it contains many a symbol that the city identifies itself with, starting with the Sun Barge, a metallic sculpture that points to the Atlantic, commemorating the Viking expeditions. From there it is only logical to continue to the Tower of the Church of Hallgrimur (hallgrimskirka) which reminds one of a live volcano, where visitors can admire a wonderful view of Rekjavyk. But there are other spots with equally impressive views, but farther away from the historical centre. The place of reference is of course the Dome of the Pearl (Perlan) where one will also see the Saga Museum, a recreation of Icelands most significant moments of history. Nearby is the Geyser Simulator which demonstrates the activity of these hot water fountains. Finally, after this culturally enhancing trip, visitors are recommended to treat themselves to a dip in in the Blue Lagoon. Not only is it on the way to the airport, but the water is warm and has therapeutic properties.
See more See less

The most centrally located hotels in Reykjavik with the best ratings are: Hotel Hilton Reykjavik Nordica, Hotel Grand Reykjavík and Hotel Orkin.

It depends on the category of the hotel. If you want to stay at a 4-star hotel in Reykjavik, the average price per night is 95 €, while you will pay an average of 56 € for a 3-star hotel, and in a more luxurious 5-star hotel, you"ll pay around 309 €.

Icelandair Hotel Reykjavik Natura and Hostel Igdlo Guesthouse are the closest ones to Reykjavik.

If you need a hotel with disabled access in Reykjavik, we recommend Hotel Reykjavik Residence Apartment, Borg By Keahotels and Hotel Hilton Reykjavik Nordica.

If you´re looking for peace and quiet and want to stay at an adult-only hotel in Reykjavik, we recommend Hotel Phoenix.

According to our clients, if you´re travelling with children, the best hotels in Reykjavik are Downtown Reykjavík Apartments, Hotel Hilton Reykjavik Nordica and Borg By Keahotels.

If you want to save time, the hotels in Reykjavik with express check-in and check-out are Hotel Phoenix, Hotel Icelandair Reykjavik Marina and Hotel Grand Reykjavík.

Some of the options for hotels with non-smoking rooms in Reykjavik are Hotel Reykjavik Residence Apartment, Borg By Keahotels and Hotel Hilton Reykjavik Nordica.

If you're bringing a vehicle, we recommend that you book a hotel with parking in Reykjavik, like Hotel Reykjavik Residence Apartment, Hotel Hilton Reykjavik Nordica or Hotel Holt Art Museum.