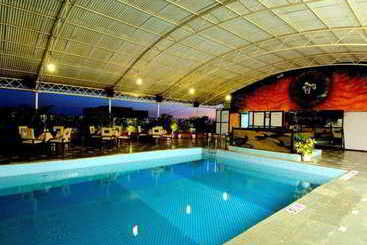 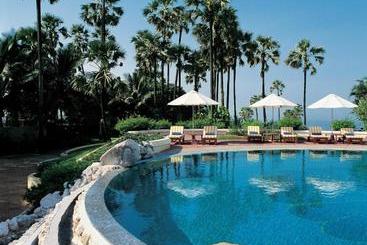 Located in the affluent area of Bandra, the hotel is conveniently located between the airport and the business centres of... The hotel is ideally located next to the famous strech of Juhu beach overlooking the Arabian sea. It is 8 kms from the Chattrapati... 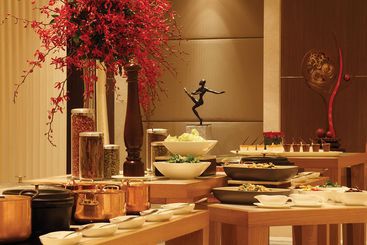 Situated in the heart of Mumbai?s new business district, this hotel is close to leading financial institutions as well as... 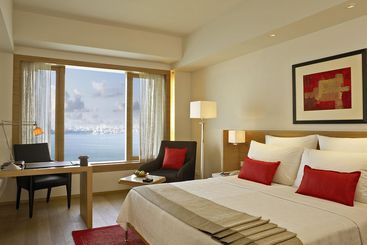 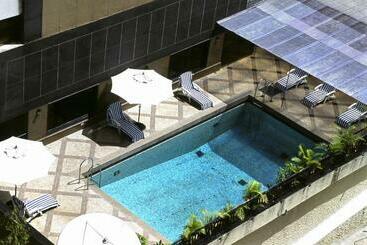 The hotel is located in the city centre,convenient to the Gateway of India, Colaba Causeway, the Prince of Wales museum and... 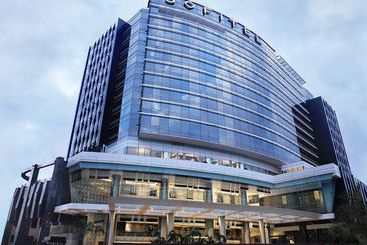 Situated in Bandra Kurla Complex Sofitel Mumbai BKC has easy access to north and south Mumbai through the Eastern & Western...

Also known as Mumbai, Bombay is today one of the most important cities in India and one with the greatest relevance in the tourist industry. The city is located in the south of the country, bathed by the waters of the Indian Ocean. Bombay is characterised by being the countrys main port. Apart from its post activities, the city is the main motor of Indias economy and one of the most important film-producing centres in the world, home of the famous Bollywood which has produced so many films, even though few of them are exhibited in the western world.
Bombay, whose name has its origin in one of the goddesses of the Hindu religion, is situated on the coast of the Arabian Sea in the tropical climate zone. Its mean temperatures are high, which makes it a pleasant place at any time of year. The monsoon season is the one of greatest concern, and is usually from August to September, during which the rainfall sometimes causes enormous damage to the whole country.
The streets of Bombay have witnessed a succession of empires and rules that have all left their mark on the city. Hindus, Muslims and British have all left their indelible seal on both the city and on the country in general.
Among the greatest attractions of Bombay are the gateway of India, Mani Bhawan, the Jainisas temples and the hanging gardens, the Clock tower, the Supreme Court building and Dhobi Ghat. The city still shows the traces of the many different cultures that have co-existed in the city, leaving their mark and showing the world an urban, cosmopolitan city which continues to hold fast to its strong traditions, giving the city a curiously attractive air.
See more See less

The most centrally located hotels in Mumbai with the best ratings are: Hotel Marigold Residence, Hotel The Cottage and Hotel Golden Swan.

It depends on the category of the hotel. If you want to stay at a 4-star hotel in Mumbai, the average price per night is 40 €, while you will pay an average of 20 € for a 3-star hotel, and in a more luxurious 5-star hotel, you"ll pay around 70 €.

You can make reservations at Hotel The Oberoi Mumbai, Itc Grand Central, A Luxury Collection Hotel, Mumbai and Hotel Sofitel Mumbai Bkc if you"re looking for a hotel with valet service for your visit to Mumbai.

If you need a hotel with disabled access in Mumbai, we recommend Hotel The Oberoi Mumbai, Itc Grand Central, A Luxury Collection Hotel, Mumbai and Hotel Sofitel Mumbai Bkc.

If you want an adult-only hotel in Mumbai, some of the best options for adults only are Hotel Trident Bandra Kurla, Hotel Radisson Mumbai Goregaon and Hotel The Leela Mumbai, Airport.

According to our clients, if you´re travelling with children, the best hotels in Mumbai are Hotel Sofitel Mumbai Bkc, Itc Grand Central, A Luxury Collection Hotel, Mumbai and Hotel The Oberoi Mumbai.

If you want to save time, the hotels in Mumbai with express check-in and check-out are Hotel The Oberoi Mumbai, Itc Grand Central, A Luxury Collection Hotel, Mumbai and Hotel Sofitel Mumbai Bkc.

Some of the options for hotels with non-smoking rooms in Mumbai are Hotel The Oberoi Mumbai, Itc Grand Central, A Luxury Collection Hotel, Mumbai and Hotel Sofitel Mumbai Bkc.

If you're bringing a vehicle, we recommend that you book a hotel with parking in Mumbai, like Hotel The Oberoi Mumbai, Hotel The Shalimar , Kemps Corner or Hotel The Leela Mumbai, Airport.