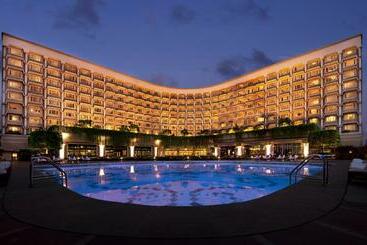 The hotel is located in Chankakyapuri, the diplomatic enclave of New Delhi, approximately 15 kilometres from the international... 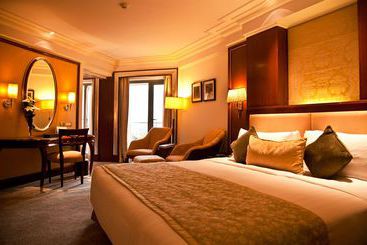 Centrally located in the historical governmental district, the property is situated within a two-kilometre radius of Connaught... 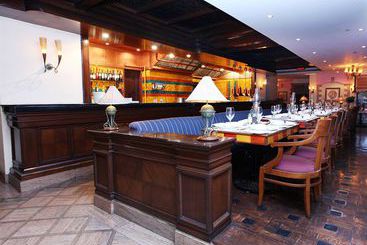 Located in the city centre, just off the popular shopping and business area of Connaught Place. 24 kms to the nearest airport... 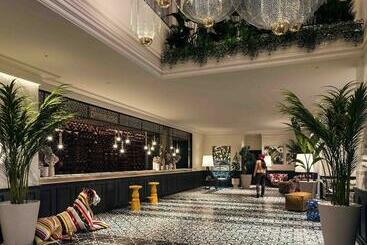 The hotel is located in the central business district of New Delhi, Connaught Place. Ideal for business and pleasure, the... 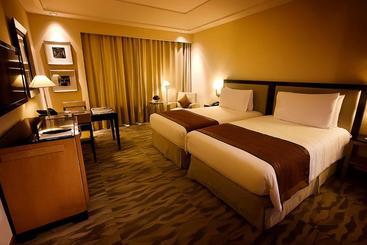 The hotel is located in Vasant Kunj area. It is close to the shopping areas. It has an easy access to the International and... Housed in a 1947 heritage building, Ambassador, New Delhi - IHCL SeleQtions is located in New Delhi, next to Khan Market....

Located in a strategic location during its long history, New Delhi, Indias capital is now one of the most densely populated cities in the world, in which tradition and modernity walk hand in hand. The city is a melting pot of different cultures and different religions, as is the case with the whole of India.
New Delhi, situation in the golden triangle, is an immortal, holy city where visitors can let their imagination run wild. It is the starting point for many excursions to the surrounding areas, and is, in itself, a city filled with charm where one can lose oneself for many days.
Unlike the regions located further to the south of the country, New Delhi has a semi-arid, sub-tropical climate with enormous contrasts in temperature between the summer and the winter. During the monsoon season in the summer, the rainfall is extremely heavy and this is not the best time to visit the country.
The attractions of the city include Jama Masjid or the largest mosque in India, the Raj Ghad or the Ghandi memorial and the temple of Bangla Sahib. Other interesting sites are the Hindu temple of Birla, the Parliament building and the old British colonial district or Victoria tower. However, on arriving at New Delhi, it is a good idea to venture beyond its borders and visit the city of Jaipur, the rose of Rajasthan, Samode, Amber, Fatehpur Sikri, Agra, or Benares to admire all the charms that India has to offer, and in particular the northern part of the country.
As many rightly say, India is a paradise on earth and New Delhi is the main gateway to that paradise.
See more See less

It depends on the category of the hotel. If you want to stay at a 4-star hotel in New Delhi, the average price per night is 26 €, while you will pay an average of 12 € for a 3-star hotel, and in a more luxurious 5-star hotel, you"ll pay around 52 €.

You can make reservations at Hotel The Oberoi New Delhi, Hotel The Leela Palace New Delhi and Hotel The Claridges New Delhi if you"re looking for a hotel with valet service for your visit to New Delhi.

If you need a hotel with disabled access in New Delhi, we recommend Hotel The Oberoi New Delhi, Hotel The Leela Palace New Delhi and Hotel Haveli Hauz Khas.

If you want an adult-only hotel in New Delhi, some of the best options for adults only are Hotel Royal Holidays, Hotel Radisson Blu Marina Connaught Place and Radisson Blu Hotel New Delhi Dwarka.

According to our clients, if you´re travelling with children, the best hotels in New Delhi are Hotel Haveli Hauz Khas, Hotel The Leela Palace New Delhi and Hotel The Oberoi New Delhi.

If you want to save time, the hotels in New Delhi with express check-in and check-out are Hotel The Oberoi New Delhi, Hotel The Leela Palace New Delhi and Hotel The Claridges New Delhi.

Some of the options for hotels with non-smoking rooms in New Delhi are Hotel The Oberoi New Delhi, Hotel The Leela Palace New Delhi and Hotel Haveli Hauz Khas.

If you're bringing a vehicle, we recommend that you book a hotel with parking in New Delhi, like Hotel The Oberoi New Delhi, Hotel Haveli Hauz Khas or Hotel Jaypee Siddharth.