Hotels in the centre of Semarang 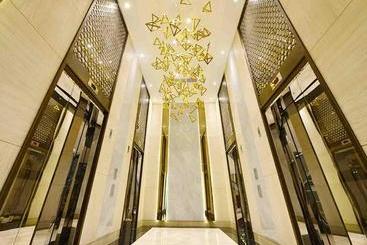 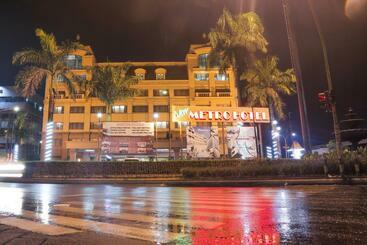 Pamper yourself with onsite massages or enjoy recreation amenities such as a fitness center. Additional amenities at this... 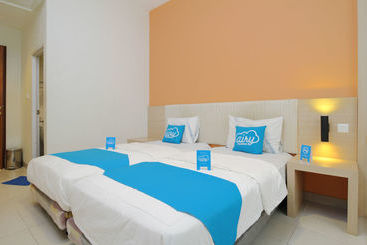 At Airy Pecinan Pasar Semawis Kalikuping 18 Semarang, enjoy a satisfying meal at the restaurant. Free self parking is available... 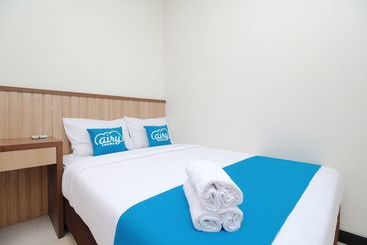 Free self parking is available onsite. Make yourself at home in one of the 10 air-conditioned rooms featuring flat-screen... 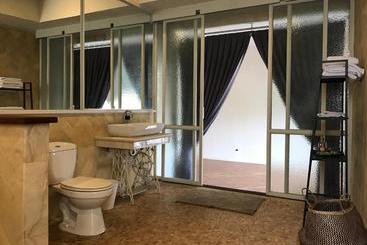 Free self parking is available onsite. Make yourself at home in one of the 25 air-conditioned rooms featuring refrigerators... 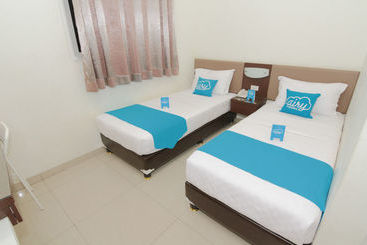 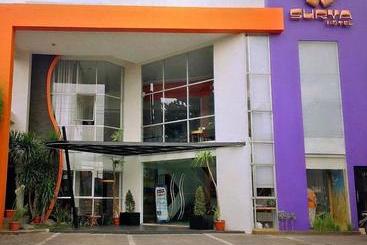 Book your cheap hotel in Semarang

Semarang may have a reputation of being more a business than tourist destination, but for the traveller who loves city exploration, the provincial capital of Central Java in Indonesia offers plenty. This dynamic port city is rapidly developing with giant malls and business areas, but visitors can experience evidence of the Dutch Colonial period, the influence of a large Chinese population, and traditional Javan culture.

With growth comes infrastructure and there has been a proliferation of hotel accommodation in Semarang. You will find everything from cheap B&Bs to luxury business hotels that max out on facilities.

Named as the “Cleanest Tourist Destination in Southeast Asia by the ASEAN Clean Tourist City Standard for 2020–2022, the areas of most interest to tourists are:

What to See and Do in Semarang

The seventh most populous city in Indonesia has an eclectic set of attractions, including:

What to Eat in Semarang

As well as traditional Indonesian cuisine, the city has a local cuisine, a heavy Chinese influence and also international food in the many hotels. Food can be found in restaurants, markets and street food stalls. Dishes to try include:

Typical Events and Festivals in Semarang

Many events and festivals are related to religion in a city where 87 per cent of the population is Islamic. Interesting events are:

How to Move Around in Semarang

The city is well connected by all major transport types. There are two large bus terminals. The main forms of public transport are the bis (minibuses) and Ojek (motorcycle taxis). Less popular but still very useful ways of getting around are Angkot (share-taxis) and microbuses.

The Climate in Semarang

With a tropical rainforest climate bordering a tropical monsoon climate, temperatures in Semarang are consistent throughout the year with an average of 28°C. June through August are the driest months if you want to avoid the rainy season (November to March).

The most centrally located hotels in Semarang with the best ratings are: Hotel Gumaya Tower and Hotel Quest Simpang Lima Semarang By Aston.

It depends on the category of the hotel. If you want to stay at a 4-star hotel in Semarang, the average price per night is 12 €, while you will pay an average of 9 € for a 3-star hotel, and in a more luxurious 5-star hotel, you"ll pay around 25 €.

Pension Reddoorz Near Ahmad Yani Airport 2 and Sunshine Hostel By Oyo Rooms are the closest ones to Semarang-Achmad Yani.

You can make reservations at Hotel Po, Hotel Ciputra Semarang and Novotel Semarang if you"re looking for a hotel with valet service for your visit to Semarang.

If you need a hotel with disabled access in Semarang, we recommend Hotel Po, Hotel Grand Candi and Hotel Grand Arkenso Park View.

According to our clients, if you´re travelling with children, the best hotels in Semarang are Hotel Gumaya Tower, Novotel Semarang and Hotel Santika Premiere Semarang.

If you want to save time, the hotels in Semarang with express check-in and check-out are Hotel Po, Novotel Semarang and Hotel Grand Candi.

Some of the options for hotels with non-smoking rooms in Semarang are Hotel Po, Hotel Santika Premiere Semarang and Hotel Ciputra Semarang.

If you're bringing a vehicle, we recommend that you book a hotel with parking in Semarang, like Hotel Po, Hotel Santika Premiere Semarang or Hotel Ciputra Semarang.