Hotels in the centre of Bologna 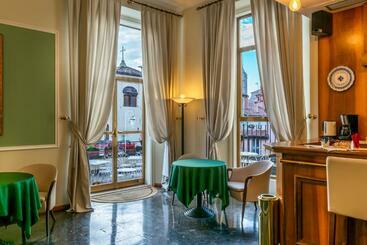 ·From: Highway A1. Milano-Roma. Take the 'Tangenziale' Exit 7 (Via Stalingrado - Centro città)drive straight to Porta San... 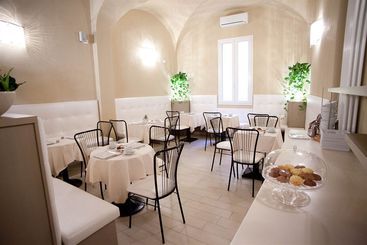 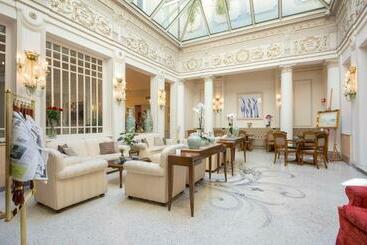 The hotel is very centrally located, a few steps away from the beautiful Piazza Maggiore and the famous Due Torri. 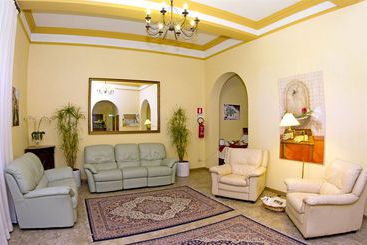 Our Hotel is located in the heart of the historical centre town, a few meters from Piazza Maggiore, the main square, and... 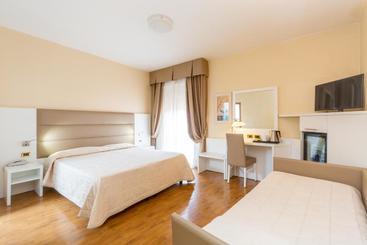 If travelling by car note that we are in a restricted area, we'll need to authorize your car (please give the car registration...

The preferred airport for Hotel Holiday is Bologna (BLQ-Guglielmo Marconi) - 5.5 km / 3.4 mi. Distances are calculated in... 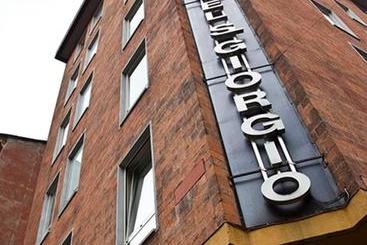 This hotel lies at the heart of the town, just minutes away from the university and the most famous shopping streets. An... 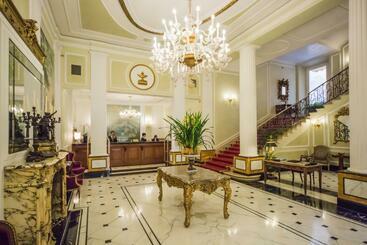 Our Piazza Maggiore Majestic is just a stones throw way from the famous 12th century leaning Due Torri or Two Towers, the...

Book your cheap hotel in Bologna

Located in Northern Italy, Bologna is the largest city, and capital, of the Emilia-Romagna region. With a population of just under 400,000, it is Italy’s seventh most populous city. Originally the site of the ancient Etruscan civilisation,and home to the world’s oldest universityBologna has long been one of the most important European urban centres of culture, boasting a rich and vibrant history.

Today, Bologna is one of the most popular Italian cities to visit for domestic and international tourists, rivalling the likes of Rome and Milan for interesting culture and entertaining pursuits.

There’s a wide availability of cheap and affordable hotel accommodation in and around the city.

The best areas of Bologna for visitors are:


What to see and do in Bologna

There is plenty of things to see and do in Bologna. Some of the most popular attractions and sights include the signature of the city, the Asinelli Tower which dates back to the 1100s, the Basilica di San Petronio which is a huge Gothic church with 22 different chapels, and the legendary Fountain of Neptune which, as the name suggests, is a monumental fountain crowned by Neptune. A more modern attraction is the neighbourhood of Borgo Panigale which is home to the Ducati Museum.culture vultures will enjoy the Archaeological Museum.


What to eat in Bologna

Bologna, and Italy in general, has a world famous reputation for its amazing cuisine. Some of the particular dishes that are celebrated in this region include tortellini which is a specific kind of filled pasta, prosciutto ham which is synonymous with the area, and ragu bolognese which, as the name suggests, is probably the most famous pasta dish to come out of Bologna and indeed, Italy!


Typical events and festivals in Bologna

There is always something going on in Bologna. Some of the most popular annual events and festivals that are staged include Biographical Film Festival every June, the Cibo - So Good! 3 day event which celebrates the art of food in the region, and the recently established Land Rock festival which is a music festival every June.


How to move around in Bologna

The best way to get around Bologna is via the use of the efficient and well maintained bus system run by TPER. There are information booths throughout the city that makes public transport very simple and very affordable. Trains are easily navigable for longer distance travel, and there is also a large number of taxis ready to escort you from A to B.


The climate in Bologna

Bologna has a varied climate across the course of a year. Classed as having a humid temperate climate, the winters can be cold and damp, whilst the summers are generally very hot and humid. In January you can expect temperatures as low as 3 degrees, compared to the mid to high 20s in the middle summer months. June to early September are the best times to visit.

The most centrally located hotels in Bologna with the best ratings are: Hotel Albergo Rossini 1936, Hotel Al Cappello Rosso and Hotel Paradise.

It depends on the category of the hotel. If you want to stay at a 4-star hotel in Bologna, the average price per night is 46 €, while you will pay an average of 32 € for a 3-star hotel, and in a more luxurious 5-star hotel, you"ll pay around 144 €.

Hotel Flyon & Conference Center and Hotel Emi are the closest ones to Bologna - Guglielmo Marconi.

You can make reservations at Hotel Palazzo Trevi Charming House, Grand Hotel Majestic Gia Baglioni and Hotel Corona D'Oro if you"re looking for a hotel with valet service for your visit to Bologna.

If you´re looking for peace and quiet and want to stay at an adult-only hotel in Bologna, we recommend Hotel Palazzo Trevi Charming House.

According to our clients, if you´re travelling with children, the best hotels in Bologna are Hotel Art Orologio, Grand Hotel Majestic Gia Baglioni and Hotel Al Cappello Rosso.

If you want to save time, the hotels in Bologna with express check-in and check-out are Hotel Palazzo Trevi Charming House, Hotel Albergo Rossini 1936 and Hotel Corona D'Oro.

Some of the options for hotels with non-smoking rooms in Bologna are Hotel Palazzo Trevi Charming House, Hotel Albergo Rossini 1936 and Hotel Al Cappello Rosso.