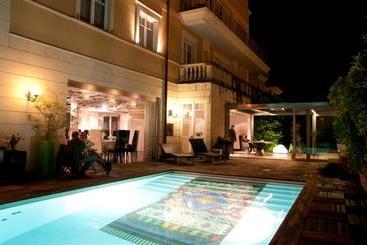 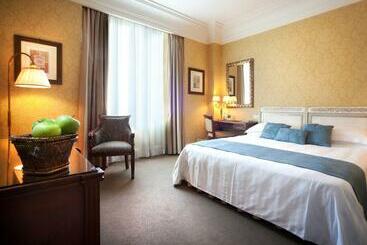 The nearest motorway is the A18 (ME-CT), exit Catania Nord which leads to Via Vincezo Giuffrida. Follow the road until Piazza... 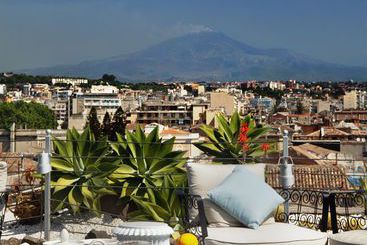 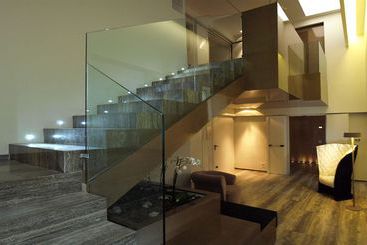 The Romano House Catania Hotel also offers a location where an elegant and exclusive business meeting in Catania can be organised,... 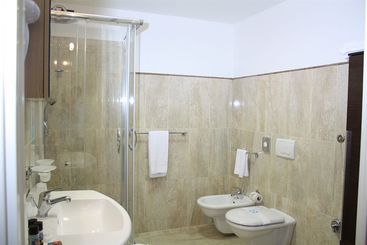 Pamper yourself with a visit to the spa, which offers massages and body treatments. You're sure to appreciate the recreational... 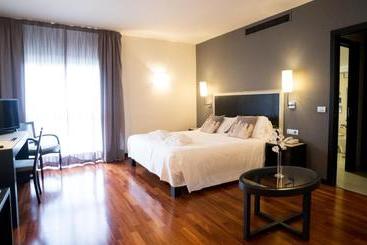 The preferred airport for Plaza Hotel Catania is Catania (CTA-Fontanarossa) - 7 km / 4.3 mi. Distances are calculated in... 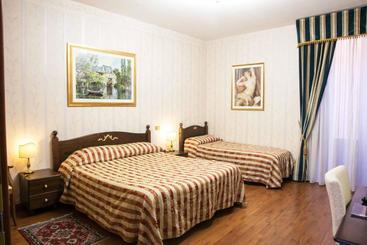 The preferred airport for Hotel Villa Romeo is Catania (CTA-Fontanarossa) - 4.9 km / 3 mi. Distances are calculated in a...

Book your cheap hotel in Catania

Catania is Sicily's second-largest city and among the region's most important. Boasting an impressive array of cultural attractions and magnetic streets brimming with renowned foods, it's a city you'll want to get lost in as you discover its delights. Explore the many palazzi and piazzas throughout this UNESCO-listed wonder before hitting the bars for a spectacular night out.

From sprawling palatial hotels and humble hostels to boutique B&Bs and affordable resorts, Catania has it all. To get the best morning view of the city, opt for a seafront apart-hotel. There's nothing more enjoyable than opening your windows and enjoying brisk Sicilian air. You can also head to the city centre and explore sophisticated centuries-old hotels boasting great services and luxurious amenities.

Catania offers a wide number of districts and neighbourhoods. Each with a different vibe and character, including the following areas:

What to see and do in Catania

Catania offers the perfect blend of youthful energy and cultural attractions. Among its highlights include Piazza Duomo, a Baroque-style square bursting with architectural treasures. For beach-bound fun, head to San Giovanni li Cuti. This beach is home to stunning sandy shores and bobbing fishing boats. One of the city's oldest attractions is Castello Ursino, a 13th-century fortification that has somehow survived several earthquakes and eruptions. It now houses the excellent Civic Museum of Catania, along with a range of artworks and artefacts. The Roman Theatre is even older, dating back to 2nd-century AD. Much of the theatre remains concealed, but you can still grasp a good understanding of its grandeur as a public space. When it comes to day trips, you can't visit Catania without visiting Etna and Parco dell'Etna, the natural park surrounding the area.

What to eat in Catania

Catania is an absolute pleasure for foodies. There are ample restaurant options, ranging from upscale to rustic, all offering spectacular regional produce. For street stalls, head to La Pescheria and pick up classics treats, like arancini and cartocciate. For trendy eats, head to Via Santa Filomena and enjoy a contemporary twist on local favourites. The region's speciality is pasta alla norma, a delicious aubergine-based pasta creation. Since the seafood and fish options are equally spectacular, be sure to indulge in some pasta con le sarde (linguine with sardines).

Typical events and festivals in Catania

Catania boasts a thorough programme of events and celebrations throughout the year. Among its biggest festivals is Festa di Sant'Agata, where a million people descend along the main street early in February. The event rounds off with fireworks and parties. Catania is also host to the world-famous Marranzano World Fest, a music festival that lasts for four summer nights. There are plenty of smaller festivals, too. The Sherbeth Festival is a celebration of ice cream, and there is a craft beer event known as Beer Catania.

How to move around in Catania

Catania has a number of convenient public transport options, including a tourist-friendly metro line. These transport options cover most major sightseeing areas. They also ferry passengers towards the central train station. Buses are another good way to navigate the city. Many of the local bus routes service the smaller towns, like AST. It is not advisable to drive a car in the city's centre since parking is problematic and mostly utilises a one-way system.

The climate in Catania

Catania has a Mediterranean climate that's marked by hot, dry summers and mild, wet winters. It's not uncommon for temperatures to exceed 40° C a few times a year, particularly between June and August. Winters routinely see highs over 20° C. If you want to avoid the worst of the heat, spring is the ideal time to come and visit Catania.

The most centrally located hotels in Catania with the best ratings are: 5 Balconi B&b, Hotel Liberty and Hotel Centrum.

It depends on the category of the hotel. If you want to stay at a 4-star hotel in Catania, the average price per night is 46 €, while you will pay an average of 39 € for a 3-star hotel, and in a more luxurious 5-star hotel, you"ll pay around 81 €.

You can make reservations at Hotel Palace Catania | Una Esperienze, Hotel Villa Romeo and Hotel Four Points By Sheraton Catania if you"re looking for a hotel with valet service for your visit to Catania.

If you're bringing a vehicle, we recommend that you book a hotel with parking in Catania, like Bed and Breakfast Sotto Il Vulcano, 5 Balconi B&b or Hotel Liberty.

If you need a hotel with disabled access in Catania, we recommend Bed and Breakfast Sotto Il Vulcano, Hotel Liberty and Hotel Centrum.

According to our clients, if you´re travelling with children, the best hotels in Catania are Hotel Centrum, Hotel Liberty and Bed and Breakfast Sotto Il Vulcano.

If you want to save time, the hotels in Catania with express check-in and check-out are Bed and Breakfast Sotto Il Vulcano, Hotel Liberty and Hotel Centrum.

Some of the options for hotels with non-smoking rooms in Catania are Bed and Breakfast Sotto Il Vulcano, Hotel Liberty and Hotel Centrum.