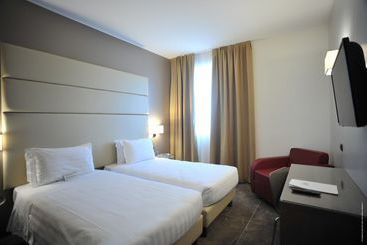 Only 6 km from Milan's city centre, the hotel is right by the A4 Autostrada Serenissima motorway exit. On-site parking is... Located inside the world renowned 'Galleria Vittorio Emanuele II', in the heart of the city, Town House 8 in Galleria distinguishes...

This hotel is centrally situated only around 5 minutes walk from various shopping possibilities, bars and restaurants. The... 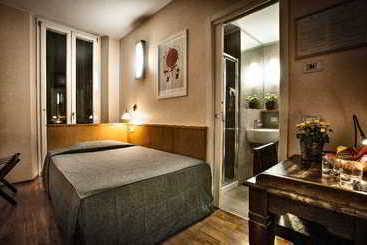 Situated in the historical centre of Milan, the Porta Venezia quarter, 10 minutes away from Central Station, Cathedral of... 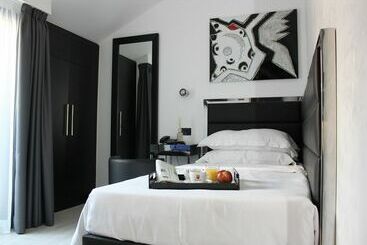 Strategic location. In the very centre, but in a quiet location far from the traffic of Milan. Corso Buenos... 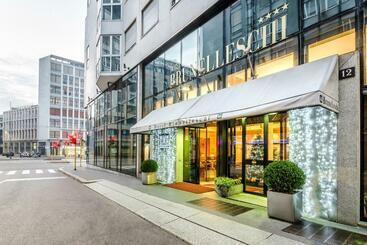 Hotel Brunelleschi is ideally located in the heart of Milan, close to Il Duomo, La Scala theatre, Galleria Emanuele and all... 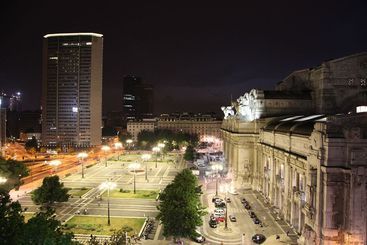 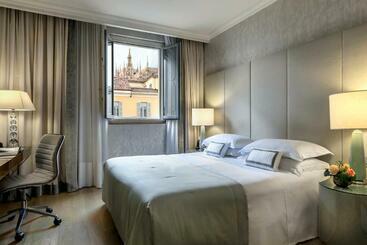 The hotel is located very close to the Duomo and the Milan's famous gallery. It is ideal for shopping as the "Rinascente"...

Book your cheap hotel in Milan

Having served as the capital of the Western Roman Empire, the Duchy of Milan, and the Kingdom of Lombardy-Venetia, you can only imagine the levels of history that are encapsulated in every corner of the city.

Milan has a population of 1.4 million and a 3.2 million in its wider metropolitan area, and this number is vastly increased at any one time thanks to the droves of tourists that flock to the historic city during all seasons of the year.

Milan consists of a number districts:


What to see and do in Milan

As you can imagine, a city with as much history and culture as Milan has plenty of sites and attractions to keep tourists entertained. Some highlights include the Colosseum, Milan’s world famous ancient gladiatorial arena, La Scala, the city’s grand opera house, the Galleria Vittorio Emanuele II, Italy’s oldest active shopping mall, and the Palazzo Reale, the city’s former Royal Palace).


What to eat in Milan

Milan, along with the rest of Italy, has a huge reputation for exceptional cuisine. Some of the dishes that any visitor needs to try include risotto alla milanese which is the region’s signature saffron rice dish, cassoeula which is Milan style casserole, and panettone which is Italy’s beloved sweet bread with candied fruit pieces. If you want to try something different head to Porta Venezia for some Eritrean food, or to Milan’s Chinatown in Paolo Sarpi.


Typical events and festivals in Milan

It is no surprise to learn that a city as famous as Milan hosts a number of high profile events and festivals during the year. Some of the most prestigious include Milan Fashion Week in February, the Carnival Ambrosiano every Easter, Design Week in April and the Milan Jazz Festival every November.


How to move around in Milan

Milan boasts one of the best and most integrated public transportation systems in the whole of Europe. This includes four metro lines and large numbers of trams and buses. Those who prefer a more personal and immediate form of transport can utilise one of the many taxis that operate throughout the city.


The climate in Milan

Milan is a city that experiences cold and foggy winters counterbalanced by hot and humid summers. Temperatures can vary from 2 degrees to 20 degrees, and the most popular time to visit for tourism purposes tends to be June to August. There is a chance of rain during all months of the year.

You can make reservations at Hotel Morfeo, Hotel Park Hyatt Milano and Hotel Excelsior Gallia, A Luxury Collection , Milan if you"re looking for a hotel with valet service for your visit to Milan.

If you want an adult-only hotel in Milan, some of the best options for adults only are Hotel San Biagio, Villa Cipressi, By R Collection Hotels and Hotel Star.

According to our clients, if you´re travelling with children, the best hotels in Milan are Hotel Excelsior Gallia, A Luxury Collection , Milan, Hotel Park Hyatt Milano and Hotel Morfeo.

If you want to save time, the hotels in Milan with express check-in and check-out are Hotel Morfeo, Hotel Casa Mia and Hotel Manzoni.

Some of the options for hotels with non-smoking rooms in Milan are Hotel Spadari Al Duomo, Hotel Morfeo and Hotel Casa Mia.