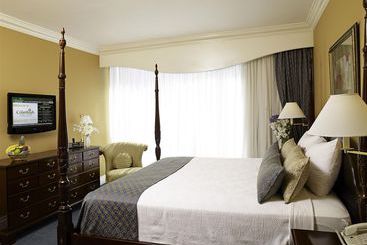 Ideally located in the heart of the business and financial disctrict of New kingston. The hotel is within walking distance... 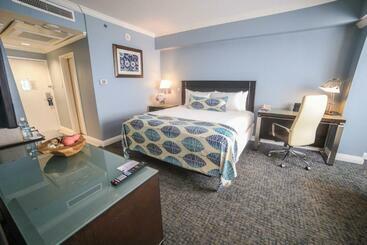 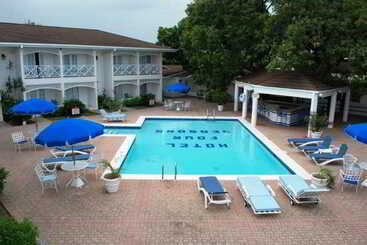 This eco hotel is located in the Uptown Kingston area, within 5 minutes' walk of the major centres of New Kingston and Half... 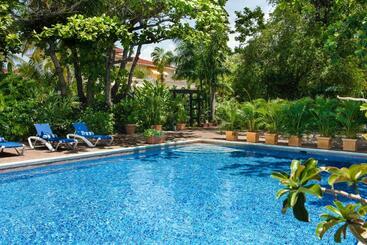 Featuring a 10,000 square-foot gaming lounge and a choice of exciting dining options, this Kingston resort is just 600 meters... 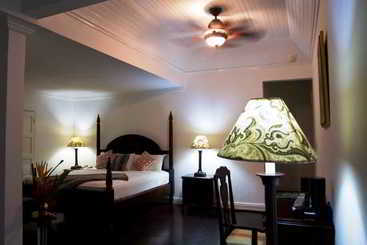 Take advantage of recreation opportunities such as an outdoor pool or take in the view from a terrace and a garden. This... 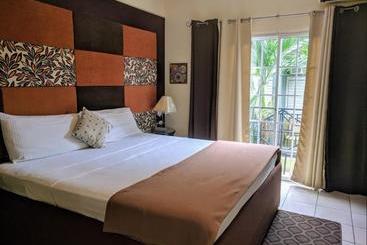 The modern hotel is located at 99a Hope Road, just 5 minutes walk from the city centre and the Bob Marley Museum. Kingston... 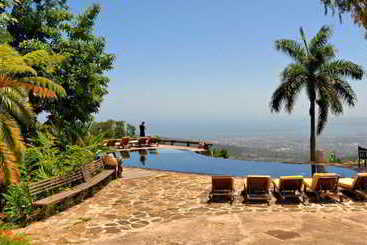 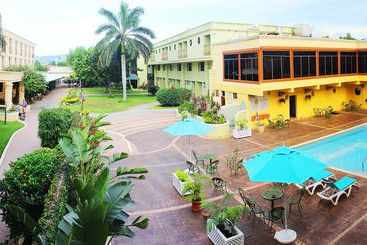 Located in the heart of the up-scale commercial and shopping district of New Kingston, the hotel is just a 2-minute walk...

Founded by the British in the 17th century, Kingston became the capital of the Republic of Jamaica after the destruction of its former capital, Port Royal, by a strong earthquake that knocked down the city. The island of Jamaica obtained its independence in the middle of the 20th century and since then it has undergone many changes while maintaining its cultural independence and its peculiar roots.
Kingston, and Jamaica, known as the Capital of Reggae, have a strong African heritage, but a variety of ethnic groups and cultures is present all over the country, and represented especially in its capital. The climate of Jamaica makes it a suitable vacation destination at any time of the year, located in the heat of the Caribbean Sea like its neighbors, Cuba and the Dominican Republic, but with an infrastructure that remains under-developed.
Jamaicas tourist hotspots range from its immense sand beaches, to the agriculture of its countryside, and towns with an authentic Jamaican flavor. Kingston is both a modern and historical city, being the epicenter of the political and economic life of the country. Montego Bay is the main destination for beach-goers, and is a paradise equal to that of the Playa del Carmen de Riviera Maya, another luxury for beach-lovers. Negril is a suitable destination for families for its idyllic landscapes and various activities. Ocho Ríos is a natural paradise and a favorite destination for any traveler. Port Antonio is the world-wide banana capital, an indication of the strong presence of agriculture and rural tourism. And the South coast, one of the islands most untouched areas, is perfect for those wishing to explore the depths of the island. Jamaica evokes a combination of emotions, with its strongly rooted beach tourism and its status as a suitable destination for those who are tired of more typical Caribbean holidays: come here if you want to enlarge your list of vacation locations without leaving the warm Caribbean sun.
See more See less

The most centrally located hotel in Kingston with the best ratings is: Hotel Forrest Park.

It depends on the category of the hotel. If you want to stay at a 4-star hotel in Kingston, the average price per night is 89 €, while you will pay an average of 105 € for a 3-star hotel, and in a more luxurious 5-star hotel, you"ll pay around 33 €.

Hotel Forrest Park is the closest one to Kingston.

If you need a hotel with disabled access in Kingston, we recommend Hotel Courtleigh & Suites, Hotel Spanish Court and Hotel The Jamaica Pegasus.

According to our clients, if you´re travelling with children, the best hotels in Kingston are Hotel The Jamaica Pegasus, Hotel Courtleigh & Suites and Hotel Terra Nova All Suite.

If you want to save time, the hotels in Kingston with express check-in and check-out are Hotel Terra Nova All Suite, Hotel Courtleigh & Suites and Hotel The Jamaica Pegasus.

Some of the options for hotels with non-smoking rooms in Kingston are Hotel Terra Nova All Suite, Hotel Courtleigh & Suites and Hotel Spanish Court.

If you're bringing a vehicle, we recommend that you book a hotel with parking in Kingston, like Hotel Terra Nova All Suite, Hotel Courtleigh & Suites or Hotel Spanish Court.

The best hotels with a pool in Kingston are Hotel Terra Nova All Suite, Hotel Courtleigh & Suites and Hotel Spanish Court.