Hotels in the centre of Tokyo 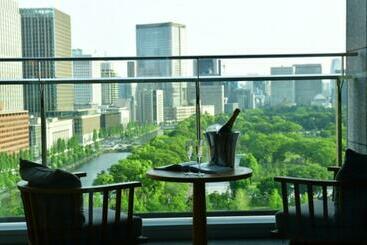 This deluxe hotel is located at real heart of Tokyo, Marunouchi area and just in front of Imperial Palace. It takes only... 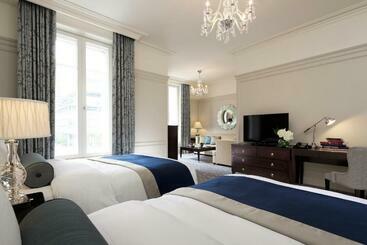 Re-opened in 2012 after thorough renovations, the Tokyo Station Hotel is registered as an Important Cultural Property and... 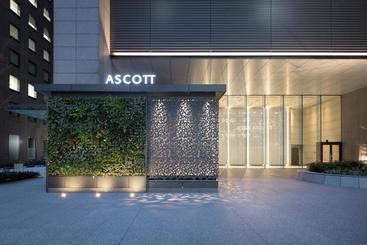 Don't miss out on recreational opportunities including an indoor pool and a fitness center. Additional features at this aparthotel... 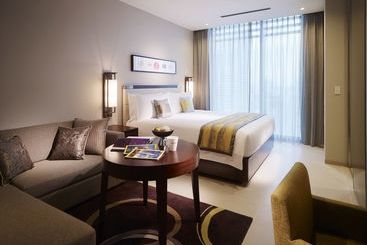 Oakwood Premier Tokyo is a luxury serviced apartment with hotel-like services, located at just a 2-minute walk from JR Tokyo... 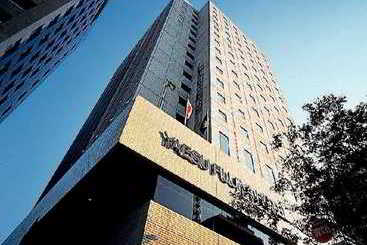 This hotel is located in the heart of downtown Tokyo. The hotel is ideally located and only a 5 minute walk from Tokyo Station,...

Tokyo is the capital of Japan and one of the most expensive cities in the world, where tradition and modernity come together, at an extremely fast pace. Tokyo is the capital and also the countrys economic, cultural and political centre. The city has a population of over 8 million, with almost 40 million inhabitants in the peripheral area. These numbers are astounding for a city located on an island.
In spite of the fact that there are remains and indications that demonstrate its foundation long ago, it was not until the 15th and 16th centuries that Tokyo first started to flourish and become the city it would later become. Following a period of sustained growth in terms of both its economy and its population, Tokyo and Japan in general entered the stage of international politics in the 19th and 20th centuries until it became the city it is today, despite its successes and failures.
Tokyo is located in the bay with the same name in an insular area on the shores of the Pacific Ocean. The island has a mild climate which makes it the perfect place to visit in summer, and especially in spring and autumn. Winter is not such a good time, as there are snowfalls, which, however, lend the city and island a certain charm.
The city is known internationally for its food, its martial arts, its religions and its culture and way of life. Tokyo is now one of the most influential cities and the birthplace of many new technologies and fashions that exist today.
Tourists visiting the city of Tokyo should not miss the opportunity to see the temple of Asakusa Kannon, Imperial Palace square, the Tokyo tower, the shopping district of Omotesando, the Oirentalo Bazaar and the district of Harajuku. Tokyo is also the starting point for many excursions to places such as Nikko, Mount Fuji or Nara, which is famous for the image of its giant Buddha. To obtain a complete idea of Japan, one should also visit Kyoto, Miyjajima and Oska, to admire all the wonders of this island, in which Tokyo is the mind and soul of the country.
See more See less

The most centrally located hotels in Tokyo with the best ratings are: Hotel Palace Tokyo, Hotel The Tokyo Station and Hotel Kkr Tokyo.

You can make reservations at Hotel The Capitol Tokyu, Hotel Palace Tokyo and Hotel The Westin Tokyo if you"re looking for a hotel with valet service for your visit to Tokyo.

If you need a hotel with disabled access in Tokyo, we recommend Hotel Hilton Tokyo, Hotel The Capitol Tokyu and Hotel Palace Tokyo.

If you want an adult-only hotel in Tokyo, some of the best options for adults only are Hotel Guest House Tokyo Azabu, Hotel The Ritzcarlton, Tokyo and Hotel Ryumeikan Ochanomizu Honten.

According to our clients, if you´re travelling with children, the best hotels in Tokyo are Hotel Palace Tokyo, Hotel The Capitol Tokyu and Hotel Hilton Tokyo.

If you want to save time, the hotels in Tokyo with express check-in and check-out are Hotel Hilton Tokyo, Hotel The Capitol Tokyu and Hotel The Westin Tokyo.

Some of the options for hotels with non-smoking rooms in Tokyo are Hotel Ryumeikan Ochanomizu Honten, Hotel Sardonyx Tokyo and Hotel Hilton Tokyo.