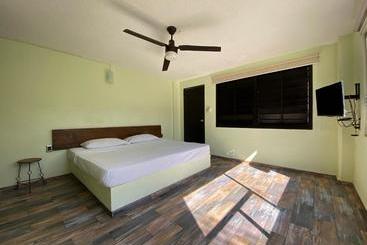 Cooked-to-order breakfasts are available daily from 8:30 AM to noon for a fee. This property is closed from 17 April 2020... 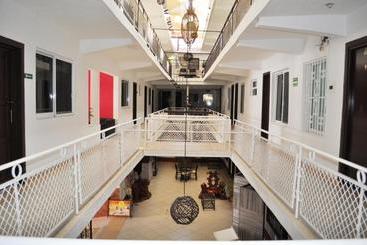 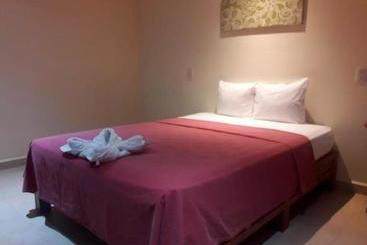 Situated in Acapulco, within 1.2 km of Revolcadero Beach and 14 km of Chapel of Peace, Hotel Ashly features accommodation... 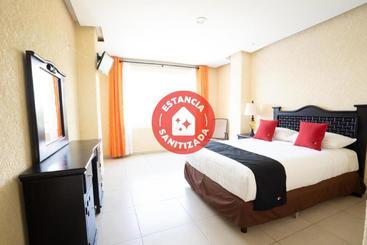 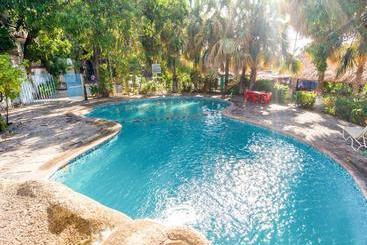 Located in Acapulco, within 150 metres of Hornos and Hornitos Beach and 2.3 km of Manzanillo Beach, Hotel OYO Miami provides... 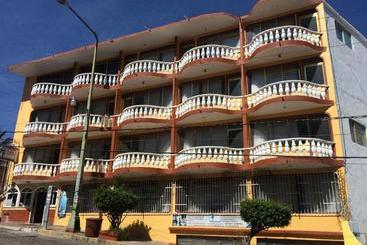 Located in the popular beach area of Caleta and Caletilla, Hotel Olimar is a hotel that offers comfortable accommodations... 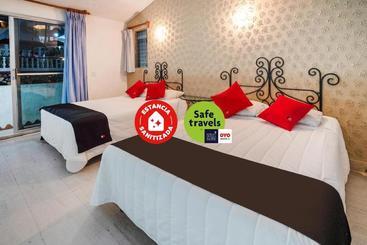 Situated in Acapulco, within 550 metres of Condesa Beach and less than 1 km of Hornos and Hornitos Beach, Hotel Pacific Paradise... 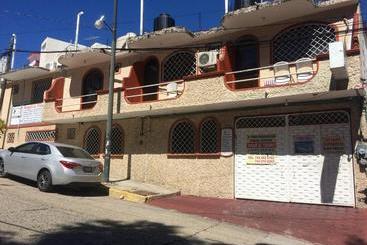 This simple hotel is located 400 metres from Acapulco’s famous Caletilla Beach. It offers comfortable rooms with a kitchenette...

A city and Mexican port in the state of Guerrero, where temperatures are pleasant 365 days of the year. Acapulco is the gateway and main tourist destination on the west coast of Mexico, where the sea and mountains shake hands with each other.
As an ancient city, Acapulco can presume to have a multitude of residents who have left quite a story behind the city. From Nahoa to Olmecas, as well as other local villages, which bear witness to the steps of time in this bay of difficult access, but with all the facilities for the current pace of life.
"We are better", is the motto of this city and Mexican port, and the truth is that Acapulco is one of the best developed destinations in the whole country, betting strongly on the diversification of industries, but without forgetting its main attraction, sea and sand tourism.
Nowadays, Acapulco has 16 beaches with historical names such as Hornos, Icacos, Majahua and Pie de la Cuesta. Its beaches constantly enjoy warm temperatures, almost throughout the whole year. The rainy season is in the summer months.
The best attractions in Acapulco are linked to tourism, as we have said, specialized in sun and beaches, such as fishing, launches, speedboats or diving, although the city has other attractions like the Botanic Garden or the fort of San Diego, the most important historical monuments in the area, which is also a museum.
Acapulco is the most direct option for Americans and Europeans during the cold winter months, being a great alternative to the Mexican counterpart Cancun, but less crowded than the big resorts on the beaches of Mexico.
See more See less

The most centrally located hotels in Acapulco with the best ratings are: Hotel Emporio Acapulco, Hotel The Fairmont Pierre Marques and Sands Acapulco Hotel & Bungalows.

It depends on the category of the hotel. If you want to stay at a 4-star hotel in Acapulco, the average price per night is 29 €, while you will pay an average of 19 € for a 3-star hotel, and in a more luxurious 5-star hotel, you"ll pay around 45 €.

Hotel Puente Del Mar and Hotel Casa Jaguar & Boutique are the closest ones to Acapulco.

You can make reservations at Hotel Emporio Acapulco, Resort Palacio Mundo Imperial and Hotel Encanto Acapulco if you"re looking for a hotel with valet service for your visit to Acapulco.

The best hotels in Acapulco for adults only are Hotel El Hotelito and Hotel Casa Yalma Kaan.

According to our clients, if you´re travelling with children, the best hotels in Acapulco are Hotel Encanto Acapulco, Resort Palacio Mundo Imperial and Hotel Emporio Acapulco.

If you want to save time, the hotels in Acapulco with express check-in and check-out are Hotel Emporio Acapulco, Resort Palacio Mundo Imperial and Hotel Holiday Inn Acapulco La Isla.

Some of the options for hotels with non-smoking rooms in Acapulco are Hotel Las Brisas Acapulco, Hotel Emporio Acapulco and Resort Palacio Mundo Imperial.