Hotels in the centre of Casablanca 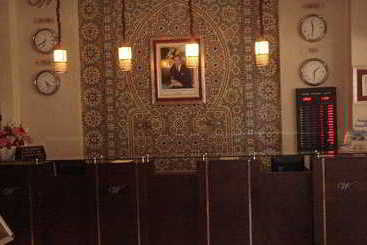 The charming city hotel is ideally located on Boulevard Rahal El Meskini, just a few steps away from the Mers Sultan roundabout.... 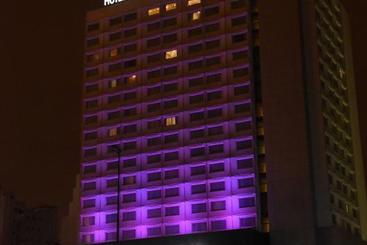 The hotel enjoys a convenient location in the heart of the economic capital. It is situated in a lively spot close to the... 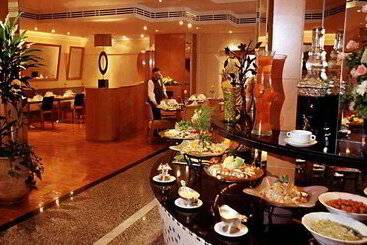 Its located in the heart of Casablanca, close to all the main attractions of the city and only 30 min from the airport. ... Location: in the heart of Casablanca, overlooking the Arab League park, the Hassan II Mosque and the famous Place Mohamed... 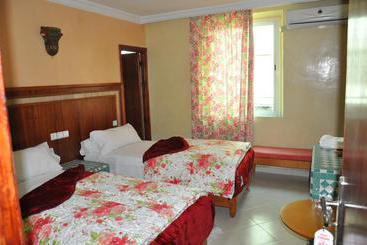 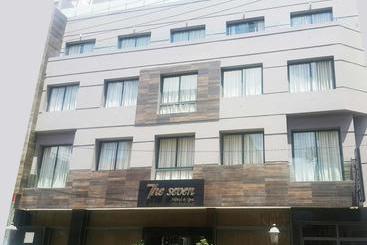 Located in Casablanca, 3 km from Hassan II Mosq, The Seven Hotel boasts a restaurant and free WiFi throughout the property.... 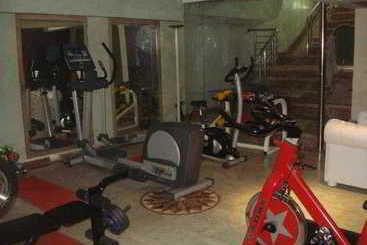 The location of the hotel is ideal for exploring Casablanca. It is in the central quarter, not far from the old medina and...

Book your cheap hotel in Casablanca

To many people around the world, Casablanca is synonymous with the 1942 Hollywood film starring Humphrey Bogart and Ingrid Bergman, although the entire movie was in fact shot in California. Once famous for as part of the Barbary coast and its pirates, 21st century Casablanca is a major economic centre and one of the most important financial hubs in Africa. It has lively beaches, impressive Moorish architecture, interesting attractions, and lively nightlife.

A wide array of cheap and affordable hotel accommodation can be found in Casablanca.

The coolest areas of the city to visit are:


What to see and do in Casablanca

There is so much to see and so much to do in Casablanca. Some of the most popular sights and attractions include the Cathedrale Sacre Coeur which is a historic Catholic cathedral, the impressive Place Mohammed, the city’s central square, the Arab League park, and of course, Rick’s Cafe, a famous Casablanca film-inspired restaurant! There’s great shopping in the Old Medina and also at the super, huge thrift market in Derb Ghallef.


What to eat in Casablanca

Casablanca has a rich tradition in food culture. Some of the most significant regional dishes to try include taktouka which is a dish of red peppers and tomatoes, tajine chicken which is the most common form of pot cooking in the region, and brochette boulfaf which is a local speciality of lamb kebab.Couscous is served in many variations and everyone should try a cup of mint tea, always served in a glass.


Typical events and festivals in Casablanca


How to move around in Casablanca

Casablanca is well served by public transport with a local bus network, a local tram network, and trains that provide connections to neighbouring cities and towns. There’s no shortage of taxis.


The climate in Casablanca

The climate is generally mild to warm for the majority of the year. The winter months of December to February are the coolest with average temperatures of around the low to mid-teens. Summer months are considerably warmer and drier, with regular temperatures in the mid to high twenties.

The most centrally located hotels in Casablanca with the best ratings are: Sheraton Casablanca Hotel & Towers, Hotel Maamoura and Hotel Guynemer.

It depends on the category of the hotel. If you want to stay at a 4-star hotel in Casablanca, the average price per night is 25 €, while you will pay an average of 19 € for a 3-star hotel, and in a more luxurious 5-star hotel, you"ll pay around 60 €.

You can make reservations at Hotel Hyatt Regency Casablanca, Hotel Sofitel Casablanca Tour Blanche and Hotel Mövenpick Casablanca if you"re looking for a hotel with valet service for your visit to Casablanca.

If you´re looking for peace and quiet and want to stay at an adult-only hotel in Casablanca, we recommend Hotel Atlas Almohades Casablanca City Center.

If you want to save time, the hotels in Casablanca with express check-in and check-out are Hotel Hyatt Regency Casablanca, Hôtel & Spa Le Doge Relais Et Châteaux and Hotel Sofitel Casablanca Tour Blanche.