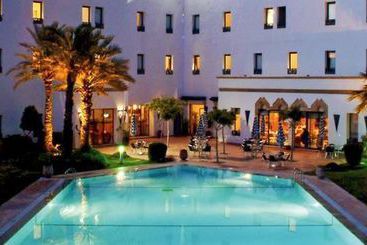 Located near the business area Tangier Free Zone, 2km from Boukhalef airport and 10km from the city centre. It's useful to... 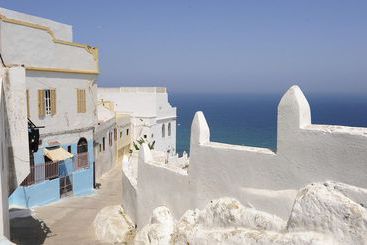 Located in the heart of the Tanger Medina, this Riad hotel is a 2-minute walk from the beach. It offers en-suite rooms and...

In the heart of the Medina, offering panoramic view of the mediterranean bay and the straight of Gibraltar. Located at five... 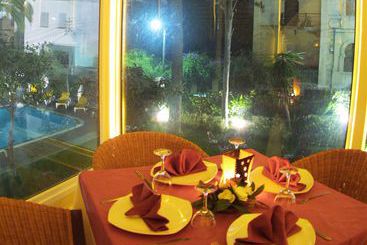 The hotel is located in the heart of the city, ten minutes walking from the beach and the harbour. 12 kms to the nearest...

The hotel is situated a 5-minute taxi ride from the ferry port and the medina. The beach is only around 50 m away. 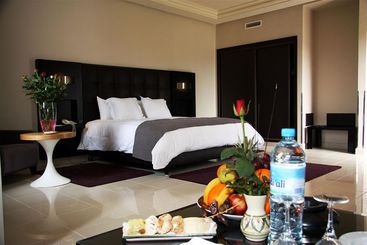 The Hotel Andlucia is in the centre of the city (Tanger), it is very near to the Merchan Stadium, Plaza de España, the Real... 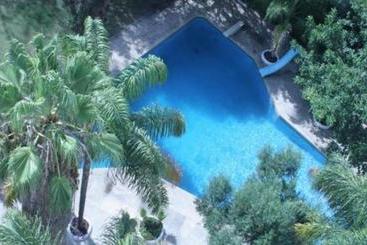 This hotel is located downtown, it is at the corner of the mall and restaurants. There is also a long walk on the seaside.... 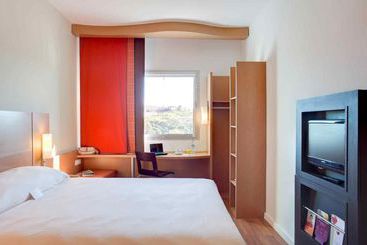 Located in the city center of Tanger next to the train station of the beach and the main restaurants and famous night-clubs...

Book your cheap hotel in Tangier

Located in north-western Morocco on the Maghreb coast, Tangier is a beautiful city that sits at the western entrance of the Strait of Gibraltar.

Tangier’s interesting style comes from the many civilisations and cultures that have influenced the city over its history, starting as far back as the 10th century. From its early days as a Berber town, to becoming a Phoenician trading centre, to true independence in the 1950s, Tangier really has seen it all!

The city has for a time now, been experiencing a rapid journey in modernisation. For this reason, it has once again become a popular travel destination for many travellers across the world.

One of Tangier’s greatest assets is the fact that you can find cheap and affordable hotel accommodation throughout the city.

Tangier consists of a number of districts:


What to see and do in Tangier

There are a wide range of attractions and sights to enjoy in Tangier. Some of the best the city has to offer include a visit to the stunning Grande Mosque of Tangier which has seen multiple switches from Christian worship to Muslin worship over history, catching a film at the iconic Cinema Rif that showcases both French and Arabic cinema, and diving into the treasures that can be found at the Librairie Des Colonnes, once a favoured location of legends such as Truman Capote, Samuel Beckett, and Tennessee Williams.


What to eat in Tangier

Tangier is a haven of multicultural food that takes inspiration from a number of different places. Some of the must try dishes for any tourist include tagine, which is a stew made from chicken or lamb in a delicious stock of ginger, turmeric, cumin and paprika, maakouda which are deep fried potato balls usually sold as street food, and meskouta which are delicious sweet pastries. Everywhere, you will find the tangerines which are named for the city and a must-drink is mint tea which is always served in a glass.


Typical events and festivals in Tangier

Tangier is a city that likes to celebrate across the entire year. Some of the highlight include TANJazz which is an annual summer jazz music festival that attracts musicians from all around the world, the Festival du Court Metrage Mediterraneen which is a week-long festival in September of short films from around the Mediterranean, and Amazigh Festival which is a celebration of Moroccan culture every August.


How to move around in Tangier

Tourists are best served getting around Tangier either on foot or with the use of a ‘petit taxi’. ‘Grand taxis’ are a more expensive service. Some visitors decide to hire a personal guide to take them through the city, giving them a better chance to soak up all of the culture and history of the area with somebody who can show them all the must-see locations. You can also catch a ferry from Tangier to Tarifa in Spain, a journey of just over an hour.


The climate in Tangier

Tangier enjoys a mild to hot climate all year round with rain only falling in the winter months. December to March is classed as mild, with August to September being the warmest and driest. Because of this, the summer months are always the busiest in terms of tourism.

It depends on the category of the hotel. If you want to stay at a 4-star hotel in Tangier, the average price per night is 39 €, while you will pay an average of 22 € for a 3-star hotel, and in a more luxurious 5-star hotel, you"ll pay around 38 €.

Hotel Senator Tanger and Hotel Ibis Budget Tanger are the closest ones to Tangier-Boukhalef Souahel.

You can make reservations at Riad Arous Chamel, Hotel Continental and Hotel El Minzah if you"re looking for a hotel with valet service for your visit to Tangier.

If you´re looking for peace and quiet and want to stay at an adult-only hotel in Tangier, we recommend Hotel Chellah.

According to our clients, if you´re travelling with children, the best hotels in Tangier are Hotel El Minzah, Hotel Ibis Tanger City Center and Hotel Dar Jameel.

If you want to save time, the hotels in Tangier with express check-in and check-out are Hotel Marina Bay, Hotel Ibis Tanger City Center and Hotel Continental.

Some of the options for hotels with non-smoking rooms in Tangier are Hotel Marina Bay, Hotel Dar Jameel and Riad Arous Chamel.