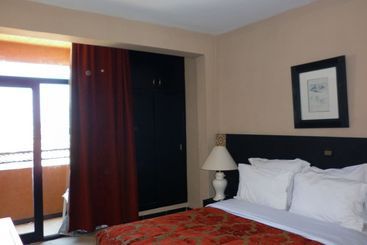 From Salé airport: go to Avenue de laviation and turn right to Avenue Hassan II. At the roundabout take the second exit... The Riad Marlinea is located in the coastal town of Salé, within the medina and close to the old markets and beaches. It... 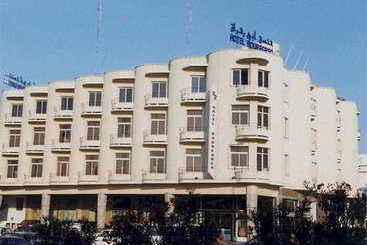 The hotel is located in the centre of Rabat, opposite the rampart which encloses the old Medina, offering panoramic views... 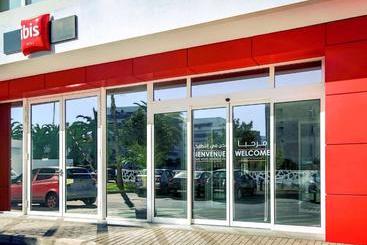 The Hotel Ibis Moussafir Rabat is located in the city centre, in the residential area of Agdel, in a perfect... 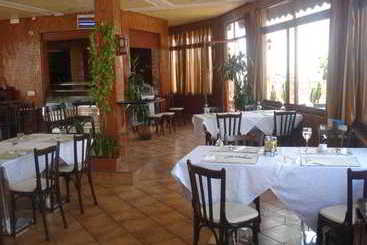 The Texuda Hotel is to 20 minutes of airport. Take Hassa II avenue to Mirs Avenue, continue Stockholm Rue until arrive to... 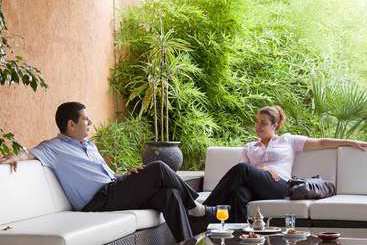 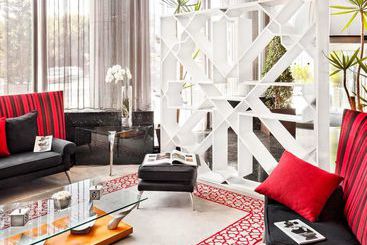 The hotel is located in the heart of the city, near to the embassies and ministries as well as the Royal Palace and Mausoleum... With 2 restaurants, a café and a bar, this 4-star hotel offers rooms and suites with a private balcony. It has a cocktail...

The city that is considered to be the capital of Morocco is also one of the countrys four imperial cities. Rabat is a tiny jewel that is undiscovered, a charming and elegant city with the richest history in the whole country.
Rabat, the capital of Morocco since 1912, was founded in the 3rd century B.C. and since that time, was occupied by Romans, the Berbers and the Almohades. However, its most important settlers, the Muslims, are the ones who have left the greatest mark on the city, along with the Phoenicians or the Catholics.
The climate of Rabat is Oceanic, due to its situation on the coast, but it is also similar to the Mediterranean climate due to its high temperatures in the summer and lower temperatures in the winter. This makes Rabat the perfect place to visit at any time of year, both in combination with Casablanca or Fez, or alone.
A visit to the city of Rabat must certainly include the Medina, limited by the walls which were built by the Moors and the Almohades. Other places of interest are the souqs, particularly those selling jewellery and carpets, rue des Consuls, Mulay Mekki mosque, the Kasbahs des Oudaias, dating from the times of the Almohades, Hassan tower, the Royal Palace or the necropolis of Chellah. Rabat is a peaceful, elegant city, where one can enjoy all the charms of Morocco in a less crowded atmosphere than that of its imperial neighbours.
See more See less

The most centrally located hotel in Rabat with the best ratings is: Riad Sidi Fatah.

It depends on the category of the hotel. If you want to stay at a 4-star hotel in Rabat, the average price per night is 49 €, while you will pay an average of 31 € for a 3-star hotel, and in a more luxurious 5-star hotel, you"ll pay around 65 €.

You can make reservations at Hotel Sofitel Rabat Jardin Des Roses, Hotel La Tour Hassan Palace and Hotel Le Diwan Rabat Mgallery if you"re looking for a hotel with valet service for your visit to Rabat.

If you´re looking for peace and quiet and want to stay at an adult-only hotel in Rabat, we recommend Hôtel Texuda.

According to our clients, if you´re travelling with children, the best hotels in Rabat are Riad Dar El Kébira, Hotel La Villa Mandarine and Hotel Sofitel Rabat Jardin Des Roses.

If you want to save time, the hotels in Rabat with express check-in and check-out are Hotel Sofitel Rabat Jardin Des Roses, Riad Dar El Kébira and Hotel La Tour Hassan Palace.

If you're bringing a vehicle, we recommend that you book a hotel with parking in Rabat, like Hotel La Villa Mandarine, Riad Dar El Kébira or Hotel La Tour Hassan Palace.