Hotels in the centre of Fez 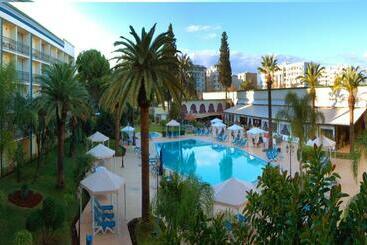 This former Sheraton hotel is located in the main square of the new city. It is within walking distance of the shopping centre....

Riad Habram is a fully restored riad and it is composed by a central traditional courtjard which, with its original marble... 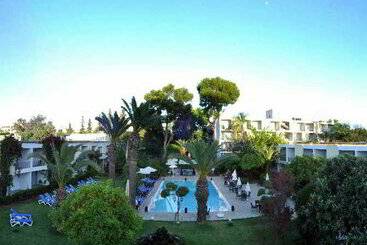 Pamper yourself with a visit to the spa, which offers massages. Additional amenities at this hotel include complimentary... Hotel Wassim is located in the very heart of the new town, within 15 minutes frim Fez Saiss Airport and the Royal Golf.This... 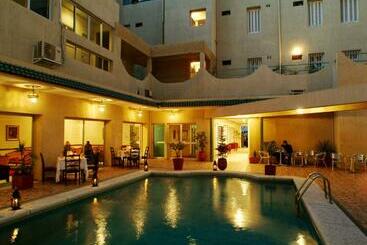 This appealing hotel is located in the city centre of Fez, near the Boulevard Med V. There are countless shopping venues... 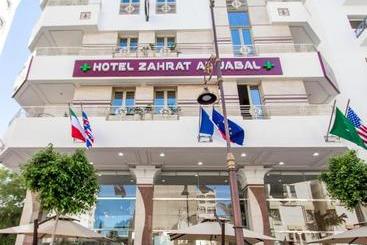 The hotel is centrally located in the city one of the most elegant areas of the spiritual and cultural capital...

An imperial city and the third most important in Morocco, Fez is considered to be the religious and cultural centre of the country and in 1981 it was declared a world heritage site by the UNESCO due to its historical and cultural wealth. The city has one of the oldest universities in the world as well as one of the largest international mediaeval complexes.
Due to its geographical location, Fez has a main Mediterranean climate, with mild temperatures all the year round, making it the ideal destination at any time of year. Together with the other imperial cities of Morocco, it is one of the most interesting places to visit in the whole of North Africa, but a visit to Fez alone is a worthwhile and pleasurable experience.
The narrow streets of Fez, which run through the maze of the Medina, are impressive to visitors and its markets or souqs are considered to be the most attractive in Morocco and also the most crowded. The centre of Fez, el Bali, is the largest pedestrian area in the world, where leather, ebony, spices and silver flood the oldest part of the city with a variety of colours, aromas and flavours. Apart from the city centre, visitors are encouraged to take a stroll through the Andalusí quarter and see the ravine or the ancient Coran schools, the mosque of Karaouín dating from the 9th century and the gates of the wall, all of which will remain in their memories due to their enormous historic, cultural and aesthetic value.
Fez is a captivating city, full of splendour, where tradition and life fill the streets of this eternally alive city.
See more See less

You can make reservations at Hotel La Maison Bleue Batha, Riad Maison Bleue And Spa and Riad Ghita if you"re looking for a hotel with valet service for your visit to Fez.

If you need a hotel with disabled access in Fez, we recommend Riad La Perle De La Médina, Riad Verus and Riad Maison Bleue And Spa.

If you want an adult-only hotel in Fez, some of the best options for adults only are Hotel De La Paix, Hotel Zahrat Al Jabal and Hotel Ramada By Wyndham Fes.

According to our clients, if you´re travelling with children, the best hotels in Fez are Riad La Clé De Fès, Riad Andalib and Riad El Yacout.

If you want to save time, the hotels in Fez with express check-in and check-out are Riad El Yacout, Riad La Perle De La Médina and Riad Andalib.

Some of the options for hotels with non-smoking rooms in Fez are Riad El Yacout, Riad La Perle De La Médina and Riad & Spa Dar Bensouda.

If you're bringing a vehicle, we recommend that you book a hotel with parking in Fez, like Riad El Yacout, Riad La Perle De La Médina or Riad & Spa Dar Bensouda.