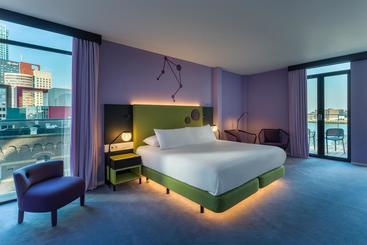 Situated in the Feijenoord district Room Mate Bruno is a boutique hotel set in a former tea warehouse of the Dutch East India... 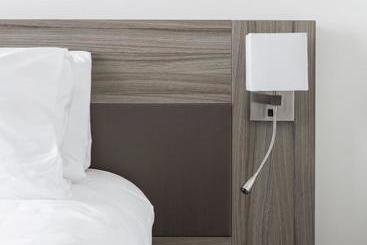 Located at the Rotterdam The Hague Airport, Wings Hotel offers hotel rooms with free WiFi access. A restaurant is available... 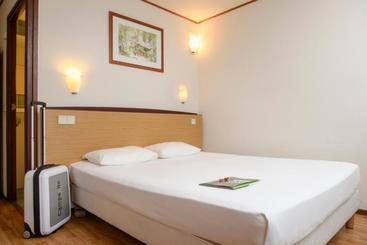 Located in the heart of Rotterdam, close to the main shopping area. 7 kms to the airport (rotterdam the hague airport) 60... 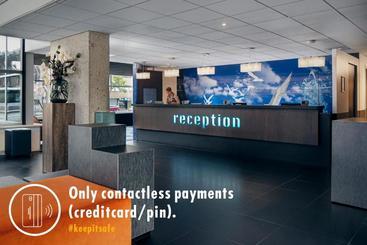 The hotel is located in the centre of the city, overlooking the waterfront &amp; at the foot of the Erasmus Bridge. Maritime,... 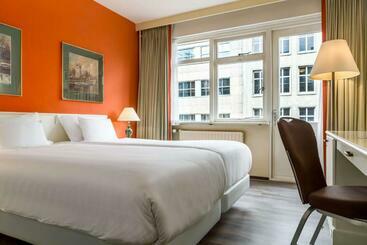 This hotel is located in the centre of Rotterdam, close to the main shopping area and touristic sights. 10 kms to the nearest... 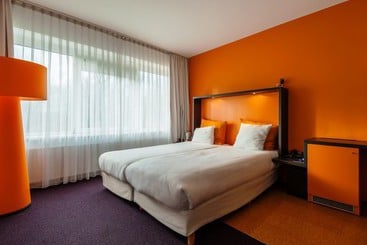 With 200 parking places (free parking for hotelguests during their stay) in front of the hotel you can leave the car and... 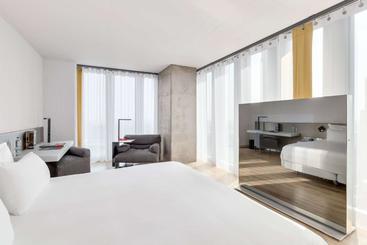 The Hotel Nhow Rotterdam is located on the Wilhelmina Pier , in the centre of Rotterdam. It also offers breathtaking views...

You will not find huge complexes of historical buildings in Rotterdam but you will find some good examples of experimental contemporary architecture. Rotterdam is a young, modern city that elegantly rose up again from the horror of World War II. Its port, which happens to be the second most important one in the world, has helped transform Rotterdam into the commercial city of the Netherlands and, given its activity, into a welcoming place for the tourist.

Near the central station you will find the Millenium Tower, one of the tallest buildings in the Netherlands, at a height of about 150 m. Head south, towards the sea along Coolsinger St to see the few but beautiful architectural elements of the city centre. The Town Hall (STADHUIS) is a sand stone neo-Renaissance building dating from 1920, standing alongside the neo-Classic Central Post Office, built in 1923. Nearby is St. Lawrences Church (Sint Laurenskerk), built between the 15th and 16th centuries, a Gothic-Dutch style building, and the oldest church in Rotterdam. The Historical Museum of Rotterdam (Schielandshuis) dates from 1655 and is the second oldest in the city. This location provides an excellent point from which to walk to the Oudehaven Pier, built in 1351, where you can explore Rotterdams history through its ships. Carry on to De Hof Bridge, which was once a railway bridge overlooking the river, but is now out of service. Despite this, it is still a symbol of the citys prosperity. Dont miss the elegant Erasmusbrug Bridge, nicknamed the swan due to its similar shape. If you like, you can get a very different and interesting view of the city by taking a short cruise around the massive harbour. Following that, you can admire the White House which dates from 1898, and is decorated in the Nouveau-Art style, and the neighbouring Wijnhaven Houses and the famous Cubic Houses (Kubuswoningen), a series of cube-shaped houses three storeys high. If you want to visit the interior, find building number 70.

To bid farewell to the city, climb to the top of the Euromast Tower near Het Park. On the way, pay a visit to the Bojiman Museum in Museum Park, the citys oldest and most renowned museum, with masterpieces by classical artists, recordings and drawings and decorative and modern art.
See more See less

The most centrally located hotels in Rotterdam with the best ratings are: Hotel Hilton Rotterdam, Hotel Rotterdam Marriott and Hotel Van Walsum.

It depends on the category of the hotel. If you want to stay at a 4-star hotel in Rotterdam, the average price per night is 44 €, while you will pay an average of 43 € for a 3-star hotel, and in a more luxurious 5-star hotel, you"ll pay around 54 €.

Hotel Best Western Plus Rotterdam Airport is the closest one to Rotterdam-The Hague.

You can make reservations at Hotel Rotterdam Marriott if you´re looking for a hotel with valet service for your visit to Rotterdam.

If you need a hotel with disabled access in Rotterdam, we recommend Suitehotel Pincoffs, Hotel Hilton Rotterdam and Hotel Rotterdam Marriott.

According to our clients, if you´re travelling with children, the best hotels in Rotterdam are Hotel Rotterdam Marriott, Hotel Hilton Rotterdam and Suitehotel Pincoffs.

Some of the options for hotels with non-smoking rooms in Rotterdam are Suitehotel Pincoffs, Hotel Hilton Rotterdam and Hotel Rotterdam Marriott.

If you're bringing a vehicle, we recommend that you book a hotel with parking in Rotterdam, like Suitehotel Pincoffs, Hotel Hilton Rotterdam or Hostel Room Rotterdam.