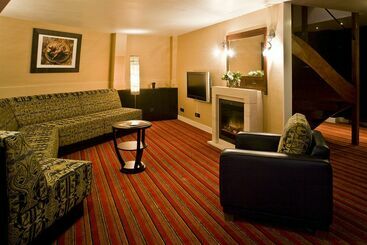 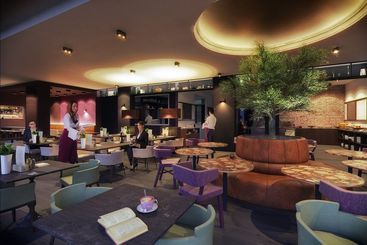 The Corendon Vitality Hotel Amsterdam is located in the Nieuw-West district of Amsterdam and has easy access to the city... 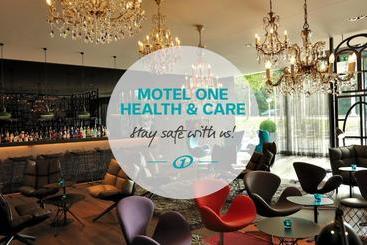 Heineken Experience is 2.1 km from Motel One Amsterdam and the Museum Square is 2.2 km away. The nearest airport is Schiphol... 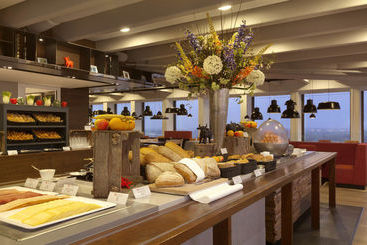 Ramada Apollo Amsterdam Centre hotel is situated at a spectacular A-location in our capital city. The imposing hotel is located...

This elegant boutique-style hotel is located in the city centre, alongside one of the most beautiful canals in Amsterdam.... 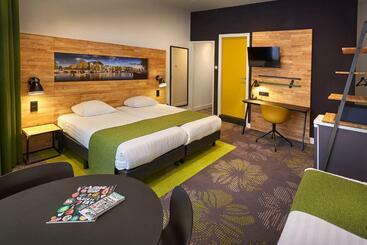 This hotel is located in the centre of Amsterdam, minutes away from the nearest shopping venues, bars, restaurants and the... 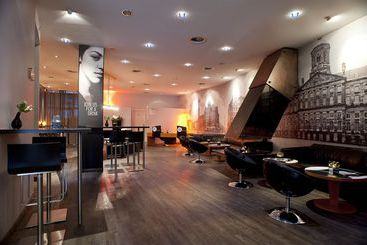 Within walking distance of Central Station and Dam Square you will find the hotel. This is situated in the lively...

Book your cheap hotel in Amsterdam

Situated in the western Netherlands, Amsterdam is built on River Amstel, which is diverted into a number of canals at the city's centre. Amsterdam is the country's capital and its largest city.

Notwithstanding its compact size, Amsterdam is a city of great variety. Its bustling markets, impressive architecture and world-famous museums all combine to make it an attractive destination for all travellers.

Originally founded as a small fishing village, Amsterdam achieved city status in the early 14th century. Conflict with Spain in the 16th century resulted in a hard-won tradition of religious and political tolerance, which is still taken seriously today.

Amsterdam's most expensive hotels are in the centre, next to one of the main canals. Cheaper accommodation can be found in the Vondelpark area, in the Museum Quarter or near the Central Station.

Amsterdam is divided into eight boroughs or districts. Centrum is the historic centre of Amsterdam, home to many museums and the famous canal-ring. West has a number of fine restaurants and trendy care bars. A free ferry from behind Central Station can take you to Noord, which has green spaces and impressive modern architecture. Or you can head east to Oost, where the visitors can find places to eat, drink and shop, or alternatively just relax in the beautiful Oosterpark.


What to see and do in Amsterdam

Amsterdam has many world famous attractions:


What to eat in Amsterdam

The eetcafes of Amsterdam offer erwtensoep or a thick pea soup with vegetables and pork. This could be followed by stamppot, which is mashed potatoes with smoked sausage and vegetables. For dessert there is stroopwafel or waffles with syrup. Beer is the drink of choice, but fine wines are also available as is jenevers or Dutch gin.


Typical events and festivals in Amsterdam

As befits a capital city, Amsterdam has a full calendar of events. 26 April sees Koningsday, where the city hosts the world’s largest flea market and street parties are held to celebrate the birthday of King Willem-Alexander. In the second Saturday of May, windmills are open to the public as part of Nationale Molendag. Around the third Saturday of August, Amsterdam hosts Grachtnefestival, which showcases classical music, jazz and ethnic music. On the third Sunday in October, 1,750 runners take part in the Amsterdam Marathon. The Sinterklaas Parade occurs is mid-November, as St Nicholas arrives on a white horse. This is in preparation for Sinterklaasavond on the evening of 5 December, when St Nicholas gives presents to all the city's good children (and a lump of coal to the naughty ones!)


How to move around in Amsterdam

One of the best ways to get around Amsterdam is by bicycle, which can be hired for a reasonable rate. Alternatively, you can purchase a public transportation pass for a 1-7 day period and which allows travel on the Metro (underground railway), buses and trams.


The climate in Amsterdam

Amsterdam has a temperate climate, with four distinct seasons. In the months of July and August you can expect temperatures of just above 20 degrees Celsius, whilst in the winter months the temperature hovers around freezing and snow can be expected.


More interesting facts about and sights in Amsterdam

There are approximately 1 million bikes in Amsterdam, but every year over 10,000 of them are pulled out of one the city's canals!

The most centrally located hotels in Amsterdam with the best ratings are: Hotel Ambassade, Hotel The Pavilions Amsterdam, The Toren and Hotel De L’europe Amsterdam – The Leading S Of The World.

It depends on the category of the hotel. If you want to stay at a 4-star hotel in Amsterdam, the average price per night is 67 €, while you will pay an average of 53 € for a 3-star hotel, and in a more luxurious 5-star hotel, you"ll pay around 176 €.

Sheraton Amsterdam Airport Hotel And Conference Center and Hotel Citizenm Schiphol Airport are the closest ones to Amsterdam-Schiphol.

You can make reservations at Pillows Luxury Boutique Hotel Anna Van Den Vondel Amsterdam, Hotel De L’europe Amsterdam – The Leading S Of The World and Hotel Canal House if you"re looking for a hotel with valet service for your visit to Amsterdam.

If you need a hotel with disabled access in Amsterdam, we recommend Hotel De L’europe Amsterdam – The Leading S Of The World, Hotel Hilton Amsterdam and Ink Hotel Amsterdam - Mgallery.

If you want an adult-only hotel in Amsterdam, some of the best options for adults only are A Bed & Breakfast Flynt, Hotel Misc Eatdrinksleep and Hotel The Ed Amsterdam.

According to our clients, if you´re travelling with children, the best hotels in Amsterdam are Hotel De L’europe Amsterdam – The Leading S Of The World, Hotel The Pavilions Amsterdam, The Toren and Hotel Ambassade.

If you want to save time, the hotels in Amsterdam with express check-in and check-out are Pillows Luxury Boutique Hotel Anna Van Den Vondel Amsterdam, Hotel Hilton Amsterdam and Ink Hotel Amsterdam - Mgallery.

Some of the options for hotels with non-smoking rooms in Amsterdam are Hotel Ambassade, Hotel The Pavilions Amsterdam, The Toren and Pillows Luxury Boutique Hotel Anna Van Den Vondel Amsterdam.