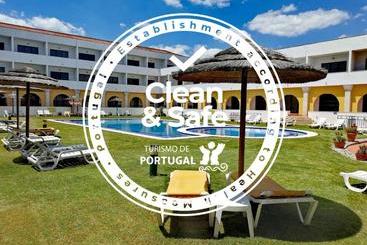 Ideally located in the famous Avenida da Barahona literally just outside the 'Mouralhas' (the roman walls). All places of... 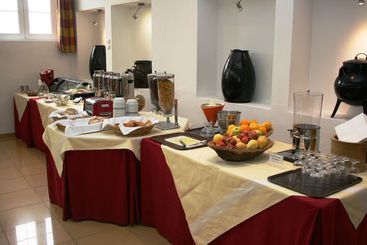 Situation: in the historic centre of the city, 100 m.from Giraldo Square, next to Sta. Clara Convent.140 kms to the nearest... Location: on the N114, 2 km from Évora, whose historic centre is considered UNESCO World Heritage Site. 56 km from Alqueva... 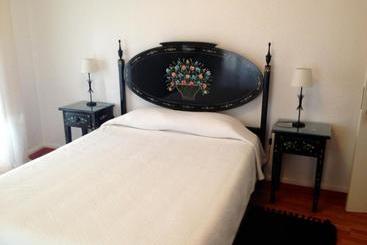 Situated in Évora, 200 metres from Cathedral of Evora Se, Mont'sobro House features air-conditioned accommodation and a... This hotel is just a 5-minute walk from Évora’s centre, a UNESCO World Heritage Site. It has a spacious terrace and a... 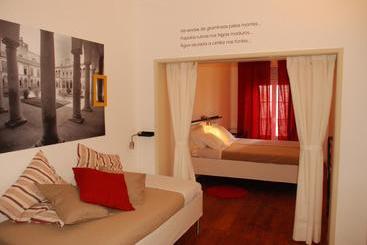 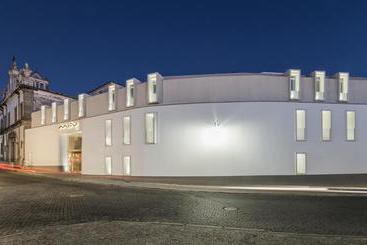 Take in the views from a terrace and make use of amenities such as complimentary wireless Internet access and a television...

Book your cheap hotel in Évora‎

Évora is a medieval world-heritage city brimming with history and charm. Beautifully preserved with narrow, winding cobblestone streets, a trip to Évora is like a trip into the past. Expect a wealth of cultural sites and historical treasures to explore, rounded off with excellent eateries and bustling bars.

Choose from a variety of hotel options in and around Évora’s evocative old town centre.


What to see and do in Évora‎

Évora’s captivating historical sites provide ample entertainment and education throughout the day. Several historic churches, Igreja de São João and Sé, can be found in the Old Town dating back over many centuries. There are also a number of well-preserved Roman monuments, from the impressive Templo Romano to Domus Burgos. The Museu do Évora offers an excellent introduction to the city's long and varied history, through Celtic, Islamic and Roman rule. It’s recommended that you visit here first before exploring the rest of the city. To the south of town, a chilling mausoleum, Capela dos Ossos, is constructed from the bones and skulls of the dead. There’s also a wealth of archaeological sites to discover outside of the city, including the ancient standing stones of Cromeleque dos Almendres and the rock and cave carvings of Gruta do Escoural.


What to eat in Évora‎

Évora has a vibrant food scene that's heavily influenced by the Alentejo region. You'll find regional specialities like ensopado de borrego (lamb stew), empadas de galinha (chicken pot pie) and perdiz à Montemor (Montemor partridge). Pão Alentejano, a style of bread, is crucial to the local cuisine, and is often eaten with soup (or sopa) made with vegetables, meat or fish. Another popular and deliciously moreish soup-like dish is Açorda à alentejana, a hearty bowl made from rustic bread, garlic, coriander, olive oil and eggs. Wine and cheese are also popular, with a number of renowned local winemakers like Adega da Cartuxa.


Typical events and festivals in Évora‎

Évora celebrates a wealth of festivals and celebrations in line with the rest of Portugal, including Christmas, Easter Weekend and Liberty Day (April 25). There are also a number of unique local festivities, including St Peter's Day, hosted on June 29 with dances, performances and processions. You can also expect a full calendar of concerts and festivals, including a Classical Music Festival in summer, a more modern musical festival, Festival Alentejo, in July, and a Short Film Festival in autumn.


How to move around in Évora‎

Évora is serviced by a comprehensive bus, coach and rail network, ferrying visitors to nearby hotspots, towns and cities. You can travel in and around the immediate area with the Évora city bus system provided by Trevo.

Évora has a warm Mediterranean climate with some Atlantic influence. You can expect warm summers often reaching highs of 30°C and mild winters rarely dipping below 8°C.


More interesting facts about and sights in Évora‎

This region is renowned for its winemaking and sits on the Rota dos Vinhos do Alentejo (Alentejo wine route). Pick up a booklet from the tourist office to best explore the wineries and bars in town. Reds are typically rich and fruity, while whites here are fresh and vibrant.

The most centrally located hotels in Evora with the best ratings are: Albergaria Do Calvario, Imani Country House and Hostel Vitoria Stone.

It depends on the category of the hotel. If you want to stay at a 4-star hotel in Evora, the average price per night is 40 €, while you will pay an average of 24 € for a 3-star hotel, and in a more luxurious 5-star hotel, you"ll pay around 50 €.

You can make reservations at Albergaria Do Calvario, Hotel M'ar De Ar Aqueduto and Hotel Convento Do Espinheiro, Historic & Spa if you"re looking for a hotel with valet service for your visit to Evora.

If you need a hotel with disabled access in Evora, we recommend Albergaria Do Calvario, Hostel Vitoria Stone and Hotel M'ar De Ar Aqueduto.

According to our clients, if you´re travelling with children, the best hotels in Evora are Hotel Pousada Convento De Evora, Hostel Vitoria Stone and Albergaria Do Calvario.

If you want to save time, the hotels in Evora with express check-in and check-out are Hotel Monte Da Serralheira, Hotel Convento Do Espinheiro, Historic & Spa and Hotel Evora.

Some of the options for hotels with non-smoking rooms in Evora are Albergaria Do Calvario, Hostel Vitoria Stone and Hotel Pousada Convento De Evora.

If you're bringing a vehicle, we recommend that you book a hotel with parking in Evora, like Hotel Pousada Convento De Evora, Hotel Monte Da Serralheira or Hotel M'ar De Ar Aqueduto.