Hotels in the centre of Cascais 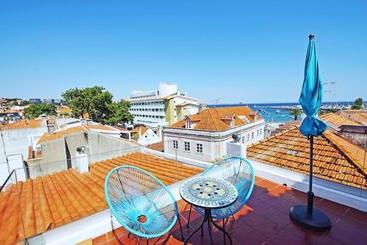 1.7 km from Tamariz Beach, Kasa 23 Cascais is located in Cascais and provides air-conditioned rooms with free WiFi. All rooms... 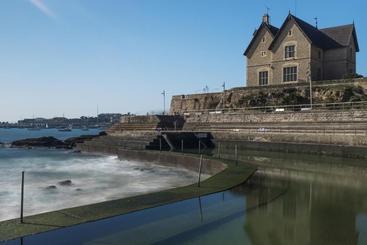 Offering cozy rooms with free WiFi access in the Cascais historical centre, PocoNovo includes a fireplace in the dining area,... 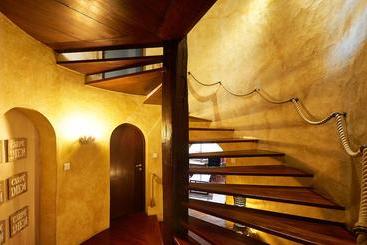 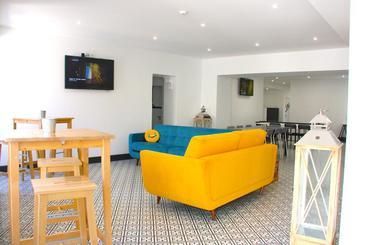 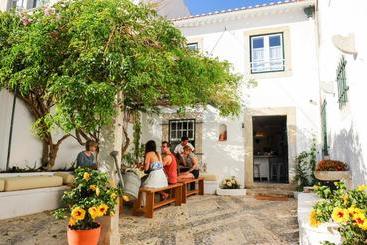 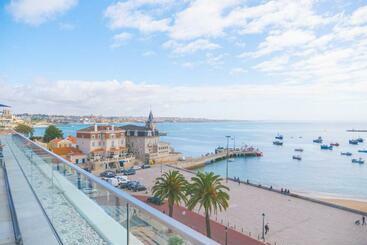 Book your cheap hotel in Cascais

Enjoying a glorious location on the Portuguese Riviera in the Lisbon district of Portugal, Cascais sits on the estuary of the River Tagus. It has been an important tourist resort since the 1870’s when the then royal family made the town their summer home and they were followed by many VIPS including crown heads of Europe. Cascais is 25 kms from the Portuguese capital, Lisbon.

A true resort playground, Cascais has plenty of attractions for the holidaymaker who wants sunshine and fun. The geography provides great scenery and there are historical attractions, museums, and plenty of outdoor activities to enjoy.

There’s plenty of cheap and affordable hotel accommodation in Cascais.

The most popular areas for holidaymakers are:


What to see and do in Cascais

There is an abundance of sights, attractions, and things to do away from the beaches of Cascais.

Historical attractions include the 16th centuryFortaleza da Cidadela, the Casa das Histórias Paula Rego, the Casa de Santa Maria and the lighthouse. Natural attractions are the Boca do Inferno, collapsed cave and series of highly weathered cliffs and the Parque Marechal Carmona which are the pretty gardens of the Condes de Castro Guimarães mansion. There are numerous museums including the vividly pink art museum, the Centro Cultural de Cascais and the Mercado da Vila is a traditional covered market. Popular day trips are to Lisbon and also Cabo da Roca, the most westerly point of mainland Europe.


What to eat in Cascais

It’s no surprise that the local cuisine of Cascais is heavily biased towards fresh fish and seafood that is caught daily. Cod is a key component of many dishes, particularly the many types of fish stew. Another popular stew is cozido à portuguesa made from meat, sausages, and vegetables. Cascais also boasts a Michelin Star restaurant – the Fortaleza do Guincho - if you want a contemporary take on authentic Portuguese dishes.


Typical events and festivals in Cascais

Like the local economy and cuisine, fishing is celebrated in festivals. The annual Festas De Mare is a spectacular event held in August. Music festivals are also popular with Cascais Groove in June and EDP Cool Jazz in July. Catholic Easter celebrations begin with a beautiful, colourful Mardi Gras and another noisy, bright event, is Lumina which lights up the streets of the Old Town in September.


How to move around in Cascais

The local bus service offers convenient transport in Cascais with routes to various towns around too including Lisbon and Sintra. There’s also a train station in town with a connection to Lisbon airport. Getting around on foot or by cycle is easy and taxis are readily available.


The climate in Cascais

The most centrally located hotels in Cascais with the best ratings are: Pergola Guest House B&b Adults Only, Hotel The Albatroz and Hotel Farol.

It depends on the category of the hotel. If you want to stay at a 4-star hotel in Cascais, the average price per night is 35 €, while you will pay an average of 42 € for a 3-star hotel, and in a more luxurious 5-star hotel, you"ll pay around 56 €.

You can make reservations at Resort Onyria Quinta Da Marinha, Hotel The Albatroz and Hotel Fortaleza Do Guincho Relais & Châteaux if you"re looking for a hotel with valet service for your visit to Cascais.

If you're bringing a vehicle, we recommend that you book a hotel with parking in Cascais, like Resort Onyria Quinta Da Marinha, Hotel The Albatroz or Hotel Farol.

If you need a hotel with disabled access in Cascais, we recommend Resort Onyria Quinta Da Marinha, Hotel The Albatroz and Hotel Farol.

If you´re looking for peace and quiet and want to stay at an adult-only hotel in Cascais, we recommend Pergola Guest House B&b Adults Only.

According to our clients, if you´re travelling with children, the best hotels in Cascais are Hotel Fortaleza Do Guincho Relais & Châteaux, Hotel The Albatroz and Resort Onyria Quinta Da Marinha.

If you want to save time, the hotels in Cascais with express check-in and check-out are Hotel Farol, Hotel Martinhal Lisbon Cascais Family and Bed and Breakfast Casa Vela Charm Guest House.

Some of the options for hotels with non-smoking rooms in Cascais are Resort Onyria Quinta Da Marinha, Pergola Guest House B&b Adults Only and Hotel The Albatroz.