Hotels in the centre of Ponta Delgada 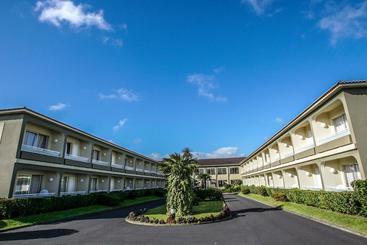 Located in the historical district of the city, close to places of cultural and ethnographic higher interest... 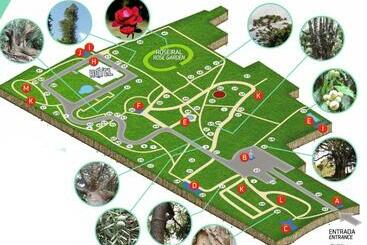 Hotel Casa do Jardim is located within an English-style botanical garden, on the ground floor of the last Palladian-style... 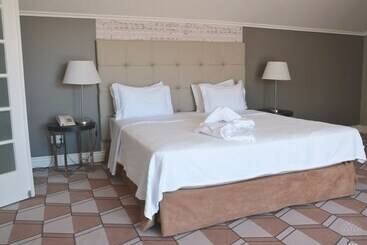 The hotel is located in the city of Ponta Delgada, on the island of São Miguel in Archipelago of the Azores in Portugal....

Located near to the seafront promenade in the business and historical centre of Ponta Delgada, the capital of S. Miguel... 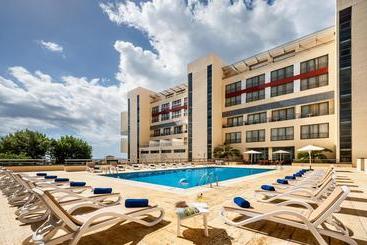 Ponta Delgada Airport is located 4 Km from the city of Ponta Delgada. To get to S. Miguel Park Hotel, please follow the signs... 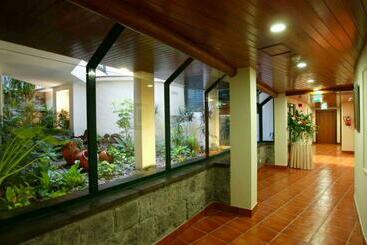 This city hotel is located in the heart of Ponta Delgada. The location is ideal as it is in the historical centre of the...

Situated in the historical centre of the city of Ponta Delgada, near all the public services, this hotel is the ideal starting... 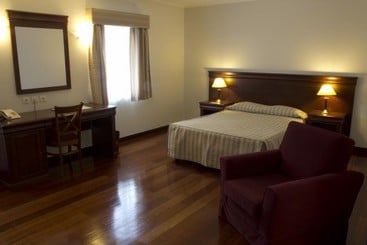 Located in the center of Ponta Delgada, in the main Avenue and infront of Portas do Mar cruise port. Close to the Hotel Apartments...

Perched on the scenic south coast of São Miguel, Ponta Delgada is a gateway to unrivalled outdoor activities in the Azores. The city itself is steeped in rich history with charming picture-postcard streets and delightful diners to while away the evening. And then there are the island landscapes. Ponta Delgada is close to jaw-dropping vistas and natural wonders which will enchant and amaze.

Visitors will be happy to hear that a wide variety of affordable accommodation options can be found throughout Ponta Delgada, including waterfront properties and rural retreats.

Ponta Delgada consists of a number of neighbourhoods:


What to see and do in Ponta Delgada

Take some time to explore the city's beautiful Baroque architecture, before heading for one of the city's spectacular museums. Museu Carlos Machado offers an excellent overview of local history, while the Gruta do Carvão natural monument and museum offers tours along a breathtaking lava tube system. You can visit the spectacular 16th-century fort of Saint Blaise, or the historic stone archways of the city. You should definitely head out of the city at some point to Sete Cidades, an impressive caldera system northwest of the city that is truly out of this world.


What to eat in Ponta Delgada

Ponta Delgada is renowned for its fresh seafood and local produce. Pop by Mercado da Graça, the city’s bustling market, to sample some of the finest local cheeses – a true Azores speciality. One of the most beloved dishes in the area is cozido, a stew cooked in hot volcanic soil. Just watching it is an experience in and of itself. This tradition is practiced in Furnas, just a short scenic drive from the city.

Ponta Delgada host a wide number of festivals and religious celebrations. One of the most curious of these is the Cavalhadas São Pedro on the 29th of June, a feast with medieval-styled knights on horseback. During Easter, the Festa do Senhor Santo Cristo dos Milagres is a very important event for resident Christians.


How to move around in Ponta Delgada

Ponta Delgada has an effective bus transit system for connections in and around the city and beyond. Many travellers prefer to rent a car, however, to get a better feel of the island.


The climate in Ponta Delgada

Ponta Delgada has a temperate climate with warm, but not hot, summers. Winters are generally mild but cloudy. You can also expect more rain in winter months.


More interesting facts about and sights in Ponta Delgada

Ponta Delgada was first established as a fishing village in the thirteenth-century. It grew to be exceptionally important to the Portuguese over history. It was the famous site of a decisive naval battle during the War of the Portuguese Succession, leading to increased Spanish influence on the island.

The most centrally located hotels in Ponta Delgada with the best ratings are: Hotel Grand Açores Atlântico, Hotel Talisman and Gaivota Azores.

It depends on the category of the hotel. If you want to stay at a 4-star hotel in Ponta Delgada, the average price per night is 25 €, while you will pay an average of 25 € for a 3-star hotel, and in a more luxurious 5-star hotel, you"ll pay around 45 €.

If you're bringing a vehicle, we recommend that you book a hotel with parking in Ponta Delgada, like Hotel Grand Açores Atlântico, Aparthotel Barracuda or Hotel Sao Miguel Park.

You can make reservations at Rural Hotel Quinta Da Abelheira and Residence Casa Do Jardim if you´re looking for a hotel with valet service for your visit to Ponta Delgada.

According to our clients, if you´re travelling with children, the best hotels in Ponta Delgada are Hotel Talisman, Rural Hotel Quinta Da Abelheira and Hotel Grand Açores Atlântico.

Some of the options for hotels with non-smoking rooms in Ponta Delgada are Hotel Grand Açores Atlântico, Rural Hotel Quinta Da Abelheira and Hotel Talisman.