Hotels in the centre of Lagos 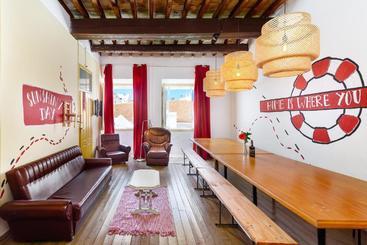 Suntrap Hostel is situated on the beachfront in Lagos, 350 metres from Meia Praia and 600 metres from Batata Beach. Located... 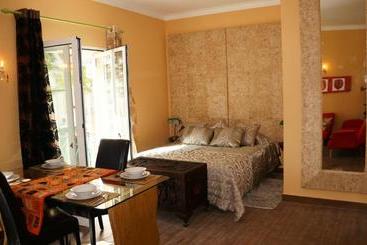 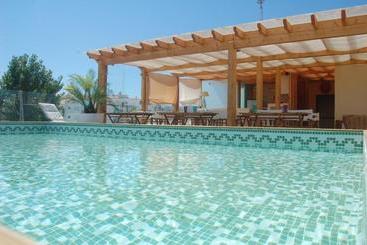 Situated in the centre of Lagos on the Algarve Coast, Inn Seventies offers bright, modern studios in a renovated bank building.... 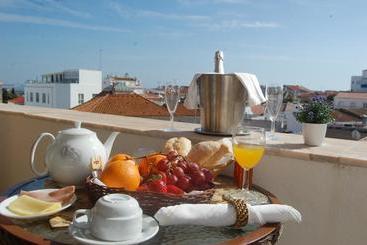 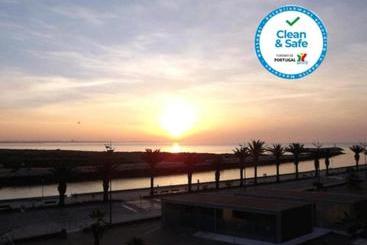 Situated a 3-minute walk from the Atlantic Ocean, the Hotel Mar Azul offers views of Lagos Bay and rooms with a satellite... 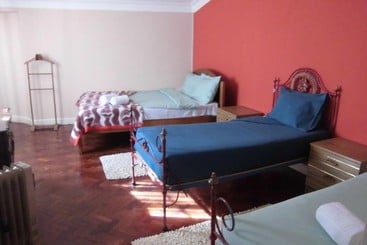 Hostel The White Butterfly offers accommodation in Lagos’s centre. The hostel is a 15-minute walk from famed Meia Praia...

Book your cheap hotel in Lagos

Located on the estuary of the Bensafrim River, Lagos is a town in the Barlavento region at the western end of Portugal's Algarve. The Moors established the port on the Atlantic Ocean and after they left, Lagos played a prominent part as a launching place for many naval excursions during Portugal’s Golden Age of Discovery.

Today Lagos is a charming mix of ancient and modern that appeals to holidaymakers who want stunning beaches with water sports as well as a historical setting with places of interest.

Lagos is a popular holiday choice thanks to the wide availability of cheap and affordable hotel accommodation in and around town.

The areas of most interest of visitors to Lagos are:


What to see and do in Lagos

The beaches are the obvious attraction but away from the sea and sand there’s plenty to do. The Old Town is a fascinating place to explore and shop and it’s easy to while away half the day here, and for more walking, there’s the scenic Riverside promenade. Lagos also has its own zoo where the main attraction is Monkey Island. Day trips can take you to towns Like Sagres and Silves and to the magnificent Ponta da Piedadea series of sandstone cliffs considered the finest natural feature of the western Algarve. The cliffs can be toured on foot or be viewed on a boat trip.


What to eat in Lagos

The culinary history of Lagos is typical of the Algarve. Some of the most popular regional delicacies to try include caldo verde which is a kind of soup made with olive oil and cabbage, pasteis de bacalhau which is a cod dish made with eggs, onion and parsley, and francesinhas which are a kind of meat sandwich topped with cheese. Grilled sardines are ubiquitous but no less delicious for being so.


Typical events and festivals in Lagos

Some of the most popular and highly attended of events in Lagos and nearby include the Porches Craft Beer Fest, the Albufeira WaterFest, the Lagos Food Fest and Alvor Medieval Festival.


How to move around in Lagos

The best and most recommended way to travel in and around Lagos is via the bus system. The city contends with a lot of traffic in busy areas, and the buses have the benefit of being able to use dedicated lanes that allow them to skip this traffic. There are bus services to other areas on the Algarve as well as train services .


The climate in Lagos

The climate of Lagos is a warm and dry one. The period between June and August is generally the warmest and driest, producing the best time for holidays with average temperatures that reach into the high 20s. Rainy season in Lagos is from December to March. Despite the rain, temperatures still remain in the mid-teens.

It depends on the category of the hotel. If you want to stay at a 4-star hotel in Lagos, the average price per night is 34 €, while you will pay an average of 23 € for a 3-star hotel, and in a more luxurious 5-star hotel, you"ll pay around 52 €.

The most centrally located hotels in Lagos with the best ratings are: Lagos By The Sea Studios, Hotel Marina Rio and Hotel Dom Manuel I Charming Residence.

You can make reservations at Cascade Wellness Resort and Hotel Montemar if you´re looking for a hotel with valet service for your visit to Lagos.

If you're bringing a vehicle, we recommend that you book a hotel with parking in Lagos, like Hotel Marina Rio, Hotel Dom Manuel I Charming Residence or Hotel Solar De Mos.

If you need a hotel with disabled access in Lagos, we recommend Hotel Marina Rio, Hotel Solar De Mos and Cascade Wellness Resort.

If you want an adult-only hotel in Lagos, some of the best options for adults only are Hotel Cloud 9 Hostel, Hotel Vila Valverde Design Country and Hotel Dom Manuel I Charming Residence.

According to our clients, if you´re travelling with children, the best hotels in Lagos are Jardim Da Meia Praia Resort, Hotel Costa d'Oiro Ambiance Village and Hotel Solar De Mos.

If you want to save time, the hotels in Lagos with express check-in and check-out are Hotel Costa d'Oiro Ambiance Village, Moura Only For Two and Hotel Villa Doris Suites.

The best hotels with a pool in Lagos are Aqualuz Suite Hotel Apartamentos Lagos and Hotel Carvi Beach.

Some of the options for hotels with non-smoking rooms in Lagos are Hotel Marina Rio, Hotel Dom Manuel I Charming Residence and Hotel Solar De Mos.