One of the world's first luxury super yacht's formerly owned by the Barbara Hutton the world's richest woman, the Malardrottningen... 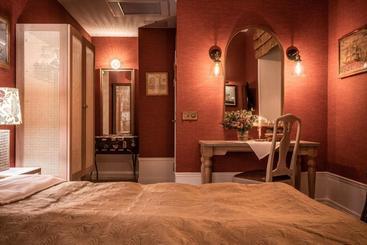 As one of the finest historic hotels in Sweden, this property is located in the heart of Stockholm's Old Town, Gamla Stan,... 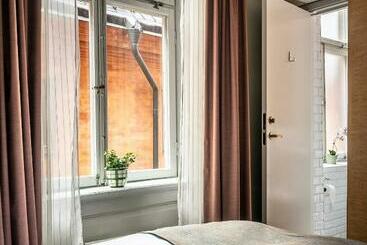 Location: in Gamla Stan, in the heart of Stockholm, close to various attractions and the Royal Palace. 3 Km. from Långholmen... 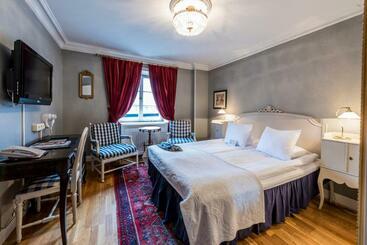 The hotel is situated in the old historical part of Stockholm, Gamla Stan (meaning old city). The Royal Palace and the house... 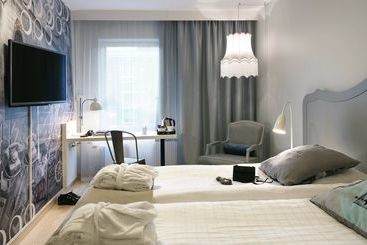 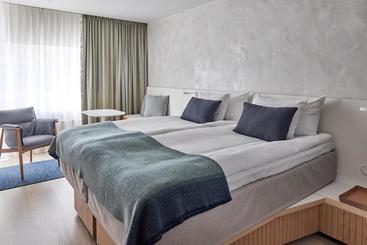 This hotel is located in very centre of the city next to the central station. Arlanda Airport is a 20 minute train journey...

Book your cheap hotel in Stockholm

Stockholm is the capital of Sweden and with just under a million residents is its largest city. It is situated on an archipelago of islands on the east coast of the country.

Stockholm became the capital of the Swedish empire in the 17th century and by the late 19th century was a major port. The population grew greatly, mainly due to immigration. This helped to establish Stockholm as the modern cosmopolitan city it is today.

The most expensive place to stay in Stockholm is the historic centre, known as the Old Town. Those travellers on a tight budget may head to the Sodermalm area, whilst families will gravitate to Djurgarden, with its children's museum and amusement park.

Gamla Stan or Old Town is the historic centre of the city and is situated on the island of Stadsholmen. Most of the main tourist attractions can be found here. To the south, linked by a bridge, is Sodermalm, with its 18th century architecture, art galleries and boutiques. To the west is Ostermalm, which is the cultural centre of Stockholm, with museums, restaurants, nightclubs, theatres and art galleries. Djurgarden has the Grona Lund amusement park and Skansen, an open air museum.


What to see and do in Stockholm

Stockholm has many famous attractions:


What to eat in Stockholm

Stockholm can serve the hungry visitor with the very best in Scandinavian food. For a mid-morning snack during your coffee break or fika, try a cinnamon bun or kanelbulle. The national dish of Sweden is arguably meatballs with potatoes, gravy and lingonberry jam. Alternatively, herring or stromming can be tried in a variety of different ways, such as fried and breaded or pickled in a marinade. For dessert, there is prinsessarta, a green layered sponge cake with marzipan, named in the honour of three Swedish princesses. To drink, there is aquavit a strong spirit.


Typical events and festivals in Stockholm

As befits a capital city, Stockholm has a number of popular annual events. Every April, the city hosts the Swim Open Stockholm with over 1,000 swimmers competing in the pool at Eriksdalsbadet. At the end of May or beginning of June the Stockholm Marathon sees the world’s best long distance runners complete two laps round the city. On the 6 June, Stockholm celebrates the National Day of Sweden, with parades and an appearance by the royal family at Skansen. In late July or early August the Stockholm Street Festival sees a variety of street performers and artists take to the streets of Sweden’s capital city. December sees the Christmas Market at Skansen, which also hosts Christmas Eve and New Year’s Eve celebrations.


How to move around in Stockholm

Stockholm is relatively flat and compact, so most tourists will be able to visit the main sights on foot. Stockholm has an excellent public transport system, including a seven-line Tunnelbanan (underground railway). A travelcard can be purchased that allows unlimited travel on all buses, trains, trams, ferries and underground trains.


The climate in Stockholm


More interesting facts about and sights in Stockholm

Roughly a third of Stockholm is made up of waterways and a further third of green open spaces. Hares, deer and even moose can be seen in the Royal National City Park.

The most centrally located hotels in Stockholm with the best ratings are: Hotel Hôtel Reisen In The Unbound Collection By Hyatt, Hotel Diplomat Stockholm and Hotel Victory.

It depends on the category of the hotel. If you want to stay at a 4-star hotel in Stockholm, the average price per night is 64 €, while you will pay an average of 51 € for a 3-star hotel, and in a more luxurious 5-star hotel, you"ll pay around 116 €.

You can make reservations at Hotel Hôtel Reisen In The Unbound Collection By Hyatt, Hotel Diplomat Stockholm and Berns, Historical Boutique Hotel & House Of Entertainment Since 1863 if you"re looking for a hotel with valet service for your visit to Stockholm.

If you want an adult-only hotel in Stockholm, some of the best options for adults only are Acco Hostel, Lodge32 Hostel and Skanstulls Hostel.

According to our clients, if you´re travelling with children, the best hotels in Stockholm are Hotel Grand Hôtel Stockholm, Berns, Historical Boutique Hotel & House Of Entertainment Since 1863 and Hotel Diplomat Stockholm.

Some of the options for hotels with non-smoking rooms in Stockholm are Hotel Hôtel Reisen In The Unbound Collection By Hyatt, Clarion Collection Hotel Wellington and Hotel Nofo , Bw Premier Collection.