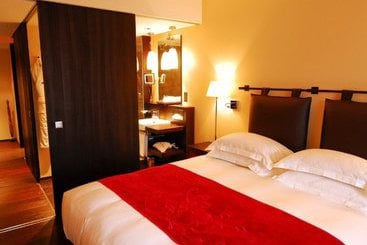 A few steps from the lake, close to the business and shopping areas, Eastwest hotel is the ideal home away from home to make...

Close to the lake, international organisations and the United Nations, offers you modern and comfortable rooms, in the heart... 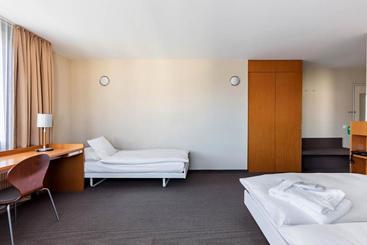 The hotel is located close to the centre of Geneva a few stops on the bus. The bus stop is located a short 2 minute walk...

Located in the Carouge quarter of Geneva, this hotel is near the city centre with direct access to the shopping and leisure... 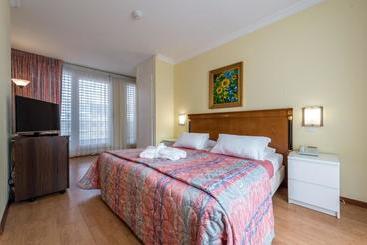 The hotel is located on the left bank close to the city centre in a quiet residential area. 1 kms to city centre 10 kms... 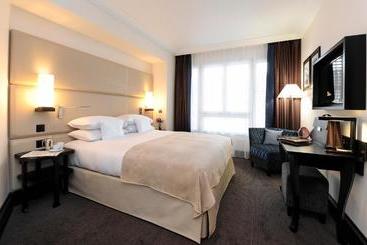 Situated in the heart of Geneva on Rue de L'arquebuse, the hotel is located on the edge of the old town, right next to the...

Book your cheap hotel in Geneva

Geneva is a city of about 200,000 residents on the western edge of Switzerland, by a lake of the same name.

In the middle ages Geneva became an independent city state, following a successful defence against an attack by the Duke of Savoy in 1602. This event is still celebrated today in the Fête de l'Escalade. Following admission into the Swiss Confederation in the early 19th century, Geneva flourished and a number of international organisations are now located here.

The best place to stay in Geneva is in the centre, in one of the many hotels on the left or right bank of the Rhone. Accommodation is expensive, but the cost is offset by the provision of a free daily transport pass that is provided to visitors for the duration of their stay. Travellers on a tight budget will be attracted to the Plainpalais neighbourhood.

Geneva is divided into two areas, the left and right bank of the Rhone, each of which have four separate districts. The Centre is on the left bank. Call in at the tourist office within the main post office for a map of the main sites. East of the centre is Eaux-Vives with its restaurants, bars, Rose Garden and a farmer’s market. On the right bank is Grottes Saint-Gervais, with is small streets, shops and bistros, which makes the area appear like a village within the city. Further east is Paquis, which has a multi-cultural feel and a number of international organisations are situated here.


What to see and do in Geneva

Geneva has many famous attractions:


What to eat in Geneva

Cheese fondue is a famous Swiss dish, which often includes white wine and a little kirsch or cherry brandy with the melted cheese, all dished up in a caquelon or cooking pot. Alternatively, visitors can enjoy rosti or fried potato, with a form of sausage meat known as fleischkase. For dessert, there is a rich nut-filled pastry tart called bundnernusstorte. To drink, tourists can choose from a fine selection of beers or local wines.


Typical events and festivals in Geneva

Geneva has a number of popular annual events, held throughout the year. In the first two weeks of February, music and dance acts form part of the Antigel Festival. In mid-March the newest cars are displayed as part of the world renowned International Geneva Motor Show. In May, the world’s best athletes run round the city to take part in the Geneva Marathon. In late June over 500 boats take to Lake Geneva as part of the Lake Sailing Regatta. For three days in early September the Geneva Yoga Music Festival is held for yoga fanatics. In early December, residents celebrate the successful defence of their city in 1602 in the event named L’Escalade.


How to move around in Geneva

Geneva has a highly efficient public transports system, which allows visitors to travel on buses and trams all on the same ticket. Charging is by zone and not by journeys. Boats are available to ferry tourists from one side of the river to the other.


The climate in Geneva

Geneva has a temperate climate, with four distinct seasons. In the winter, temperatures will occasionally drop below 0 degrees Celsius, whilst in the summer months, temperatures around the mid-twenties can be expected.


More interesting facts about and sights in Geneva

Spring is traditionally announced in Geneva when the first leaf grows out of a designated chestnut tree. Unfortunately this resulted in spring being announced in October in 2007!

It depends on the category of the hotel. If you want to stay at a 4-star hotel in Geneva, the average price per night is 75 €, while you will pay an average of 75 € for a 3-star hotel, and in a more luxurious 5-star hotel, you"ll pay around 220 €.

Hotel Ibis Genève Aéroport and Hotel Nash Airport are the closest ones to Geneva.

You can make reservations at Hotel D Angleterre, Hotel The Ritzcarlton De La Paix, Geneva and Hotel Beau Rivage Geneva if you"re looking for a hotel with valet service for your visit to Geneva.

According to our clients, if you´re travelling with children, the best hotels in Geneva are Hotel Beau Rivage Geneva, Hotel The Ritzcarlton De La Paix, Geneva and Hotel D Angleterre.

If you want to save time, the hotels in Geneva with express check-in and check-out are Hotel The Ritzcarlton De La Paix, Geneva, Hotel Beau Rivage Geneva and Kipling Manotel.

Some of the options for hotels with non-smoking rooms in Geneva are Hotel D Angleterre, Hotel The Ritzcarlton De La Paix, Geneva and Hotel Beau Rivage Geneva.

If you're bringing a vehicle, we recommend that you book a hotel with parking in Geneva, like Hotel The Ritzcarlton De La Paix, Geneva, Hotel Beau Rivage Geneva or Hotel Metropole Geneve Preferred S & Resorts.