Hotels in the centre of Zurich 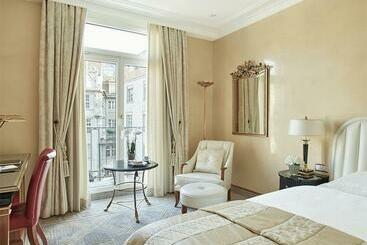 Set in the heart of Zurich on Paradeplatz, Savoy Baur en Ville offers refined furnishings and 2 restaurants. Free Wi-Fi is... 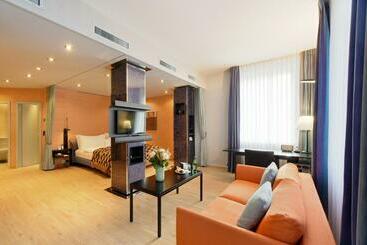 Glärnischhof is a stylish four-star hotel located in the centre of Zurich, in the immediate vicinity of the banking district,... 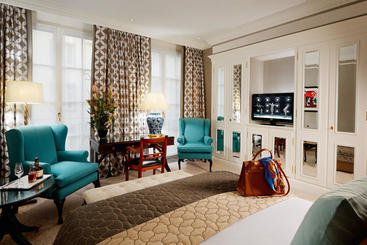 Set in its own park, the hotel enjoys a unique location overlooking the lake and the Alps - and yet is still but a few minutes'... 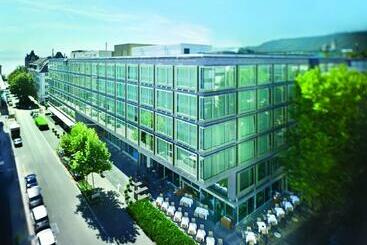 Important place or monument close to the hotel. And the financial and commercial district is also near, just steps away from... 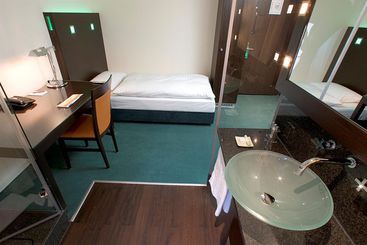 Situated in the heart of Zurich - the Swiss financial capital, this hotel is within walking distance of the city's business... 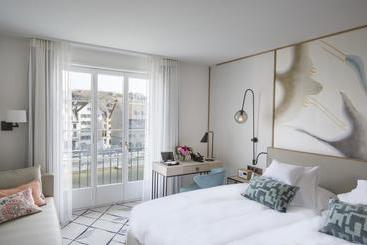 The hotel is located in a tranquil neighbourhood of downtown Zurich. Providing a very central position, shopping areas, museums,... 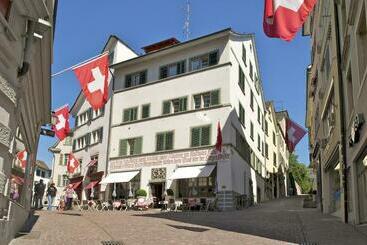 The Alps, the lake, the Limmat River, the charming streets with their high quality of life, help put together part of the picture that is Zurich, as both the cultural and the financial centre of Switzerland. Its origins date back to the 15th century during the Roman occupation. In the 10th century it received the title of city and in the 16th century, it led the forces of the Protestant Reformation and now occupies an important place in the international market
On leaving the Central Railway Station or Hauptbahnhof, you will find a monument dedicated to the great industrial precursor of modern-day Switzerland, Alfred Escher, and the main street of Zurich, the Bahnhofstrasse, a street lined with jewellery sto9res and hotels and boutiques that continues to the shores of Lake Zurich. If during your walk you come upon the 1859 Sprungli Candy shop, try their famous Luxemburgerli cream cakes. Very near the station is a beautiful 19th-century building that resembles a mediaeval castle, which is currently the Swiss National Museum (Schweizerisches Landesmuseum). It invites you in to learn about the countrys history. As you walk through the main street, take a detour through Rennweg in order to get to the old city (Altstadt), an enchanting square at the foot of the hill that is considered to be the original site of this city, Lindenhof, where one can admire a stunning view of Zurich or partake in a giant game of chess.
Continue the visit by stopping at St. Peters Church, Zurichs oldest temple, and St. Peterhofstatt Plaza. On one side is St. Peters Tower, built at the end of the 13th century as a fire station with two large Gothic windows and Europes largest clock hands. In the next square, you can take a look at the beautiful 13th-century Gothic church, the Fraumünster that has some astonishing windows in the choir created by Marc Chagall and also enjoy the Zunfthaus Museum Zur Meisen built in the Rococco style with important pottery collections. From the Bürkliplatz Plaza you will see the National Bank of Switzerland and the Ganimedes Fountain and then cross the river over the Quaibrücke bridge that take you to the Opera House and the Fish Fountain. From here you can admire the twin towers of Zurich Cathedral, Grossmünster, with a spiral staircase that takes you to the top to enjoy yet another beautiful view. Very near the river banks is the Gothic-style water church and its Giacometti windows, and the Renaissance, style City Hall.
See more See less

It depends on the category of the hotel. If you want to stay at a 4-star hotel in Zurich, the average price per night is 90 €, while you will pay an average of 66 € for a 3-star hotel, and in a more luxurious 5-star hotel, you"ll pay around 185 €.

You can make reservations at Hotel Widder Zurichs Luxury Hideaway, Hotel Savoy Baur En Ville and Hotel Glärnischhof if you"re looking for a hotel with valet service for your visit to Zurich.

If you´re looking for peace and quiet and want to stay at an adult-only hotel in Zurich, we recommend Hotel Kindli.

According to our clients, if you´re travelling with children, the best hotels in Zurich are Hotel Adler Zürich, Hotel Opera Zürich and Hotel Widder Zurichs Luxury Hideaway.

If you want to save time, the hotels in Zurich with express check-in and check-out are Hotel Glärnischhof, Hotel Opera Zürich and Hotel Adler Zürich.

Some of the options for hotels with non-smoking rooms in Zurich are Hotel Widder Zurichs Luxury Hideaway, Hotel Savoy Baur En Ville and Hotel Glärnischhof.