Hotels in the centre of New York 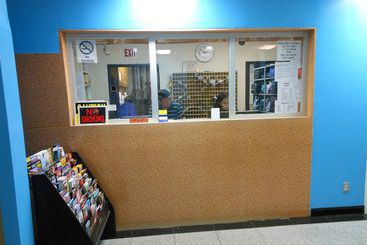 This hotel is located in Manhattan's Chinatown district. Walking distance to many restaurants, shoping on Canal Street, Little...

New York city is the most densely populated city in the USA. Bustling with life, it’s known as ‘the city that never sleeps’ offering visitors an endless list of things to do day 24-hours a day. New York City is within the state of New York on the northeast coast of America. Divided into 5 boroughs - Manhattan, The Bronx, Queens, Brooklyn and Staten Island, each area enjoys a different vibe. Manhattan is the central hub of New York, a heady mix of glass skyscrapers, theatres, endless shops, art galleries, museums, bars and restaurants. The list of must-sees includes the Empire State Building, Times Square, Wall Street, The Statue of Liberty, 5th Avenue and Broadway. Places to stay in New York range from cheap hotels to mid-range accommodation and luxury suites. Book a hotel room in Manhattan for easy access to all the popular sites.

Few tourists venture away from the 22.6 square miles that make up Manhattan Island. Divided into neighbourhoods, there is much to experience on the island. Bustling Midtown boasts some of New York’s most recognisable attractions including Times Square, Broadway, Grand Central Station and 5th Avenue. The Financial District is where Wall Street, Liberty Park, the 911 Museum and One World Trade Centre is located. Battery Park and the boats to the Statue of Liberty are here too. Chinatown is home to many Chinese Americans and the busy restaurants and shops here are mostly Asian influenced. TriBeCa is a trendy neighbourhood where many celebrities own homes. Once a warehouse district, the buildings have an industrial edge. The similar neighbourhood of SoHo is close by.

What to see and do in New York

What to eat in New York

Dishes of every kind can be found in New York, but the city is famous for pizza, hot dogs, bagels and steaks.

New York has a full calendar of festivals and celebrations. The oldest takes place on St Patricks Day in March when a parade, food stalls and packed pubs attract thousands of revellers. Pride week in New York ends with a lively parade on the last Sunday in June. July 4th, American Independence Day, is celebrated with parades and Macy’s Firework display. In late November, Thanksgiving is marked with Macy’s Parade famous for the huge inflatable character balloons.

How to move around in New York

The traffic in Manhattan is notoriously slow-moving due to congestion. A comprehensive bus system and the Subway serves the whole of the city. Yellow taxi cabs are used by commuters, locals and tourists alike. Rental car companies with affordable fees are plentiful – ideal for visiting the areas surrounding New York.

The climate in New York

The weather in New York ranges widely. Bitterly cold in winter, December, January and February regularly sees snow and temperatures of 3°C. In June, July and August it is humid and 26 to 30°C. Spring and autumn are the best times to visit.

More interesting facts about and sights in New York

New York’s nickname, The Big Apple, was first penned in the 1920s by a reporter who referred to the prestigious races held in the city. Stable hands called the race events the big apple, in other words, the best.

The most centrally located hotels in New York with the best ratings are: Hotel Conrad New York Downtown, The Roxy Hotel Tribeca and Hotel Gild Hall A Thompson.

You can make reservations at Hotel The Sherry Netherland, Hotel The Evelyn and Hotel Giraffe By Library Collection if you"re looking for a hotel with valet service for your visit to New York.

The best hotels in New York for adults only are Hotel Chelsea International Hostel and Hotel Comfort Inn Brooklyn.

If you want to save time, the hotels in New York with express check-in and check-out are Hotel The Evelyn, Hotel Elysee By Library Collection and Gramercy Park Hotel.

Some of the options for hotels with non-smoking rooms in New York are Hotel The Sherry Netherland, Hotel Casablanca By Library Collection and Hotel The Franklin.