Hotels in the centre of Las Vegas 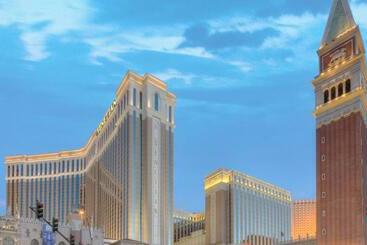 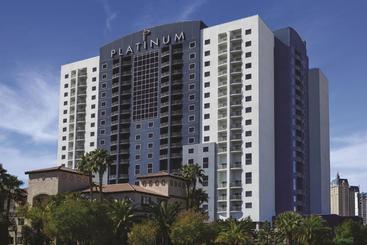 This property is located 1 block from the Las Vegas strip on Flamingo road. It is only a 5-minute walk from the centre of...

Located in the state of Nevada, Las Vegas is arguably one of the most famous cities not only in the United States but also in the world. With a population of almost 600,000, it is the 28th most populous city in the country.

Thanks to the prevalence of legalised gambling, Las Vegas is known for being a party and resort city that is filled with casinos and high profile entertainments.

Although it’s the luxury casino hotels that dominate the landscape and headlines, there are plenty of cheaper and budget-friendly hotels in Las Vegas.

Las Vegas consists of a number of individual surrounding areas, including:


What to see and do in Las Vegas

There are some amazing sights and attractions to enjoy in Las Vegas. Although most of the sights are connected to hotels – such as the rollercoaster that is attached to the New York-New York Hotel and Casino - there are terrific places to visit just outside the city. Out in the desert, Red rock Canyon is a national conservation area that features sandstone peaks and the Keystone Thrust Fault. Springs Preserve is a 180 acre preserve dedicated to nature walks and hiking. One of the favourite tourist trips out of Las Vegas is a helicopter trip over the Grand Canyon For urban pursuits, Summerlin is a huge shopping and dining complex that is also home to the Las Vegas Ballpark (home of the minor-league Las Vegas Aviators).


What to eat in Las Vegas

There is no specific type or nationality of food synonymous with Las Vegas. Every world cuisine seems to be represented as well as typical American food. Fans of Chinese food will find 150+ restaurants in ChinatownSome of the to seek out are the riserva steak at Carnevino, the famous chicken fingers at the Crown & Anchor British Pub, and the hot n juicy style shrimp from Hot N Juicy Crawfish.

Being known as a city that never sleeps, there is always something special and unique going on in Las Vegas. Just a few of the many annual festivals and events that take place in and around the city each year include the World Series of Poker in April, the International Truck Show in June, and the legendary New Year’s Eve on the Strip celebrations every December.


How to move around in Las Vegas

When the weather isn’t too hot during the day, the central Las Vegas strip can be easily travelled on foot to take in all of the interesting visual sites. There is also a fast and efficient bus service and plenty of taxis.


The climate in Las Vegas

Being on the edge of a desert, Las Vegas boasts an exceptionally hot and dry climate all year round. Temperature averages in the winter months rarely fall below the balmy low teens. The hottest months of the year are July and August, with daytime temperatures regularly creeping into the high 30s and low 40s. Las Vegas is a popular tourist destination all year round, with no real ‘peak season’ to speak of.

The most centrally located hotels in Las Vegas with the best ratings are: Hotel Caesars Palace, Hotel The Carriage House and Hotel The Venetian Resort Las Vegas.

It depends on the category of the hotel. If you want to stay at a 4-star hotel in Las Vegas, the average price per night is 41 €, while you will pay an average of 27 € for a 3-star hotel, and in a more luxurious 5-star hotel, you"ll pay around 55 €.

You can make reservations at Hotel Caesars Palace, Four Seasons Hotel Las Vegas and Resort Wynn Las Vegas if you"re looking for a hotel with valet service for your visit to Las Vegas.

If you need a hotel with disabled access in Las Vegas, we recommend Hotel Caesars Palace, Hotel The Carriage House and Hotel Courtyard By Marriott Las Vegas Convention Center.

The best hotels in Las Vegas for adults only are Hotel The Artisan Boutique Adult Only and Silverton Hotel & Casino.

According to our clients, if you´re travelling with children, the best hotels in Las Vegas are Four Seasons Hotel Las Vegas, Hotel Courtyard By Marriott Las Vegas Convention Center and Hotel The Carriage House.

If you want to save time, the hotels in Las Vegas with express check-in and check-out are Hotel Caesars Palace, Hotel Courtyard By Marriott Las Vegas Convention Center and Four Seasons Hotel Las Vegas.

Some of the options for hotels with non-smoking rooms in Las Vegas are Hotel Caesars Palace, Hotel The Carriage House and Hotel Courtyard By Marriott Las Vegas Convention Center.