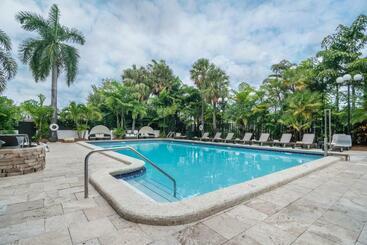 A full service boutique hotel less than five minutes from the Miami International Airport, the Regency Hotel is your gateway... 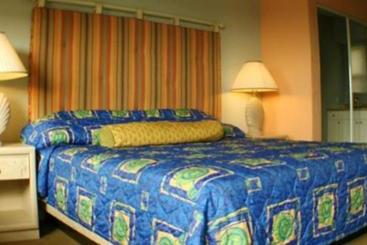 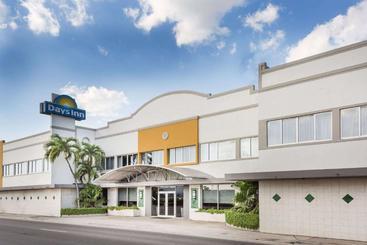 The Hotel is located in one of Miami's most popular areas, adjacent to historic Coral Gables, South Miami and the trendy... 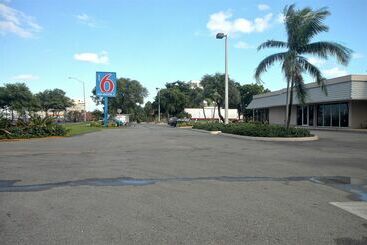 Located off Highway 826, this motel is about 10 minutesÃ¢Â€Â™ drive from Miami International Airport. It offers free... 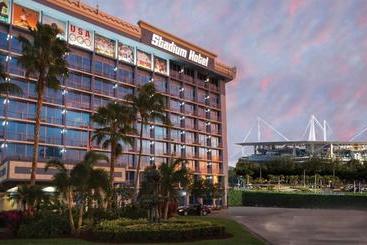 The hotel is located 5 minutes from the airport (free shuttle) and 15 minutes from downtown Miami, Port, Beach, and Key Biscayne....

Miami, in the state of Florida is a breath of sunshine, beach and leisure on the east coast of the United States. Set on the Gulf of Mexico and Atlantic Ocean, this fully developed paradise is near the Bahamas and is North Americas closest city to Cuba.
Miami is the fourth largest city in United States after New York, Los Angeles and Chicago. Many of its residents have come here for its warm sunny climate, for its incipient tourism and therefore the market which is produced by it and also for its natural landscapes of mangrove forests with a rich fauna, or even as a place of retreat from other parts of the country.
The name Miami is of indigenous origin, and it was in this area where it was assumed the source of eternal youth lay. Since the late nineteenth century the city suffered a strong increase of population which seemed unstoppable, and the confluence of many nationalities has led it to be one of the cities of United States with the gratest variety of spoken languages. Florida is one of the states with the largest number of Spanish speakers in the country.
Access to Miami has been made easy during the last years by a variety of options for tourists and locals. Miami airport is one of the largest, and therefore receives the highest air traffic from all over the country. Furthermore, it has one of the largest ports in the United States, from where many ocean liners depart, and is also an important export and import city.
The climate in Miami is warm the whole year, making it one of the favorite holiday destinations for Americans and tourists. Miami is distinguished from Miami Beach; they are two different places, but close to each other. Miami Beach is one of the trendiest places in the whole world for its Art Deco style, for its shops or the mansions of the rich people living in this area. The city does not have large buildings for tourists to admire, but this has not been a problem in adapting and creating a multitude of museums and monuments. Close by are also two national parks located, Biscayne and the Everglades. Miami is a place where you can relax but also a place with many things to do. Its activities, sports, cultural events and economic dynamism make it a suitable destination for all seasons.
See more See less

The most centrally located hotel in Miami with the best ratings is: Hotel Roma Golden Glades Resort.

Miami International Airport Hotel and Hotel Aloft Miami Airport are the closest ones to Miami.

You can make reservations at Trump National Doral Golf Resort, Hotel Intercontinental Miami and Hotel Miami Marriott Biscayne Bay if you"re looking for a hotel with valet service for your visit to Miami.

If you´re looking for peace and quiet and want to stay at an adult-only hotel in Miami, we recommend Hotel Baymont By Wyndham Miami Doral.

According to our clients, if you´re travelling with children, the best hotels in Miami are Hotel Comfort Suites Miami, Hotel Intercontinental Miami and Trump National Doral Golf Resort.

If you want to save time, the hotels in Miami with express check-in and check-out are Trump National Doral Golf Resort, Hotel Intercontinental Miami and Hotel Miami Marriott Biscayne Bay.

Some of the options for hotels with non-smoking rooms in Miami are Trump National Doral Golf Resort, Hotel Intercontinental Miami and Hotel Miami Marriott Biscayne Bay.