Hotels in the centre of Atlanta 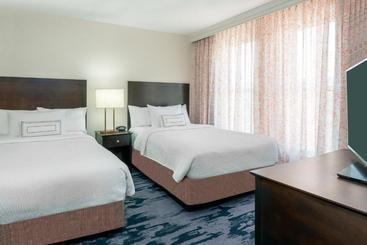 The hotel is located in the heart of Downtown Atlanta, just minutes from major corporations, local attractions and restaurants.... 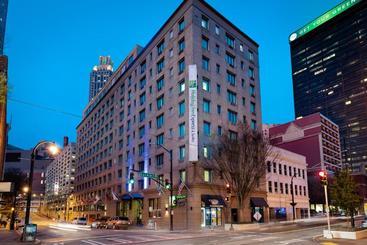 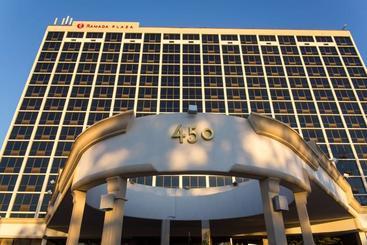 Location: in the city of Atlanta, 2 Km. from the centre and with easy access to lots of the city's attractions. 25 Km. from... 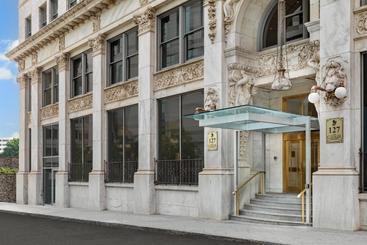 In a prime location in the centre of Atlanta, The Candler Hotel Atlanta, Curio Collection by Hilton offers air-conditioned...

Atlanta, capital of Georgia, in the south of United States, is famous for being the birthplace of one of the most important products of our century. Coca-Cola. However, this great city presented itself to the entire world in 1996, when it hosted the Summer Olympic Games.
Founded in 1837, Atlanta, originally called Marthasville, is one of the best developed cities in the USA. Since then, this city has experienced strong growth in its population, generating a high population density.
The southern city has one of the largest airports in the States, with a large influx of flights from all over the country and even some international flights. And Atlanta is one of the headquarters of one of the leading companies in the United States, Delta Airlines.
Among the multitude of entertainment options which this city offers, are the Georgia Aquarium, the Coca Cola factory, the Olympic Park, the headquarters of CNN or watching the local baseball team, the Atlanta Braves or basketball with the Atlanta Hawks. One of the most unknown aspects about this city is that it is where the film Gone with the Wind was made, depicting the typical southern style of the this, and in Atlanta tours are organized based on this novel. And as if this were not enough, Atlanta is the birthplace of Martin Luther King, and where also tours are offered, related to the Reverend, human rights activists, who also won the Nobel Peace Prize. Its not one of the most attractive cities of the United States, but one of the cities with the strongest cultural and economic development and tourism that will certainly surprise travelers.
See more See less

It depends on the category of the hotel. If you want to stay at a 4-star hotel in Atlanta, the average price per night is 56 €, while you will pay an average of 37 € for a 3-star hotel, and in a more luxurious 5-star hotel, you"ll pay around 87 €.

You can make reservations at Hotel The Westin Atlanta Perimeter North, Hotel Artmore and Crowne Plaza Hotel Atlanta Perimeter At Ravinia if you"re looking for a hotel with valet service for your visit to Atlanta.

If you're bringing a vehicle, we recommend that you book a hotel with parking in Atlanta, like Hotel Atlanta Marriott Northeast/emory Area, Hotel Country Inn & Suites By Radisson, Atlanta Galleria Ballpark, Ga or Hotel The Westin Atlanta Perimeter North.